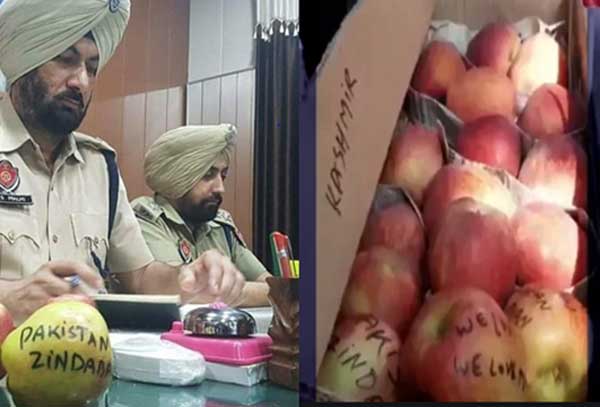 The novel ‘A Case of Exploding Mangoes’ authored by Mohammed Hanif in 2008 is based on true events of the 1988 plane crash that killed Pakistan’s President Zia ul-Haq. The story follows Ali Shigri, a junior officer of the Pakistani Air Force, seeking to assassinate Zia in revenge for the killing of his father by the ISI. The novel describes Zia boarding a C-130 plane on August 17, 1988 with several officials and American ambassador to Pakistan. The plane carrying some crates of mangoes on board, became erratic in fight and crashed killing all on board in the resulting explosion. Those killed in the crash included General AA Rahman, Chairman Joint Chiefs, US ambassador Arnold Lewis Raphel  and US military attaché, Brigadier General Herbert M Wassom. Pakistani investigators concluded the crash was due to sabotage.

Above is mentioned because just a month back, possibility of a military coup in Pakistan was being speculated citing difference between   Prime Minister Imran Khan and Army Chief General Qamar Javed Bajwa (QJB), based on certain utterances by Imran about how Pakistan (rather Pakistan army) was  training terrorists in the past. Hounding of Nawaz Sharif going against the army and  killing of Benazir Bhutto were talked of. Many in India swallowed the bait and eulogized Imran as clear-hearted who was willing to speak against his army and its terror factory. Little did they realize that Imran being army’s poodle was reading out a measured script given by QJB.

The payoff was US President Donald Trump going mushy over Pakistan (no question of terming it terrorist state) and even officering Kashmir mediation intermittently. The crowning gain was Pakistan saved from FATF blacklisting after Imran roped in Turkey and Malaysia on plea of Islam being misunderstood – forget Imran Khan admitting in Washington this July that Pakistan is still home to 30,000-40,000 trained terrorists who have “fought in some parts of Afghanistan and Kashmir”.  So why would sack Imran and not throw an extra bone Imran’s way? Why should QJB stage a coup when Imran meekly signed his three-year extension and obediently parrots ‘his master’s voice’?

If Imran admits to 30,000-40,000 terrorists in Pakistan, actual numbers would be  more especially with intelligence reports of many more from Pakistan occupied J&K (PoJK) and Afghans being trained for undertaking terror attacks in India, particularly for targeting J&K. Naturally, Pakistan will continue to push terrorists into India and Afghanistan, which brings us to the situation in J&K. According to intelligence from ground sources within the Valley, the Lashkar-e-Taiba (LeT) has been asked to target security forces and the Masood Azhar led Jaish-e-Mohammed (JeM) has been tasked to carry out bigger attacks like the Pulwama car bombing on February 14 that killed 40 CRPF personnel. Imran himself has been giving a call for jihad in Kashmir.

Indian politicians are adept in making political statements that only aim at increasing vote-banks for elections. We have heard Union Home Ministers of both UPA and NDA governments stating that the Maoists insurgency will be over in next two-three years. This indicates utter lack of understanding of the insurgency itself – holistic measures at sustained massive scale required to overcome it, why it is continuing (political nexus included), and how little effort is needed to keep violent incidents going. Prime Minister Narendra Modi recently announced in an election rally in Maharashtra that the situation in J&K will be brought to “normal” within four months. But let us look at what the current situation is.

Post-paid mobile services were resumed in the Valley on October 14 after 72 days. Earlier in the day, Governor J&K, Satya Pal Malik had justified the ban on mobile phone services saying, “We imposed restrictions because terrorists use it for mobilization and indoctrination.” This terrorist attack came almost a week after two Lashkar-e-Taiba (LeT) terrorists were killed and a civilian was injured in an encounter with security forces in south Kashmir’s Pulwama district. However, SMS service had to be blocked very next day (October 15) because of the killing of a truck driver.  Two terrorists including a suspected Pakistan national shot dead Sharief Khan the driver of a Rajasthan truck and assaulted Shirmal, an orchard owner, in Shopian, South Kashmir on October 14 itself.

On October 16, an apple trader from Punjab was shot dead in Shopian and a brick kiln worker from Chhattisgarh working in Pulwama was critically injured, resulting in a procession of outstation trucks fleeing the Valley without picking up their full consignments. Also, same day three terrorists were killed by security forces in Pazalpora area of Anantnag district. TV visuals showed empty trucks exiting the Valley without collecting apples. However, the state authorities have now said they have set up eight to nine ‘safe zones’ close to army, police, paramilitary and CRPF establishment in Shopian district along the main roads in south Kashmir, to facilitate the fruit dealers to procure the fruits from the farmers, and that there has not been a serious exodus of the truckers following the terrorist attacks. Meanwhile a vendor in Kathua has found boxful of apples with pro-Pakistan graffiti with names of slain terrorist Burhan Wani and Zakir Musa slogans scribbled in black ink, which indicates Pakistan will try every trick.

Pakistan observed ‘Kashmir Day’ last Friday and Imran launched another attack on India by tweeting: “Modi is riding a tiger. You don’t need 900,000 troops to fight terrorism; you need them to terrorize 8m Kashmiri people,” He also reiterated that moment the restrictions are lifted in Kashmir, there will be a ‘bloodbath’. With Britain’s Labour Party acting the surrogate parents, Pakistan plans a massive anti-India protest rally in London on Diwali – not known whether London Mayor Sadiq Khan would be the chief guest. Meanwhile, Pakistan-based Hijbul Mujahedeen (HM) has given a call to the 80,000 students in the Valley to boycott their annual exams. How many parents will defy the call by HM and let their children take the exams is yet to be seen. 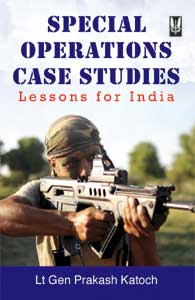 The stark reality is that given the full backing of Pakistan, terrorists have the advantage of taking the initiative and choose varied targets. Terrorism is an industry and terrorists are well paid, in addition to their radicalized state of mind. Government may have the will to take up the terrorist’s gauntlet but individuals and groups in the public may not – rightly so fearing safety of their families and themselves. Moreover, given the free run for radicalizing youth and public for years, including by NDA I, it is not going to be easy to separate the public support base from terrorists merely on the plank of development (which is yet to take off) and since Pakistan and its supporters have managed to give the issue a religious hue. Therefore, sporadic violence is likely to be the ‘new normal’ in the Valley for next few months, if not years.

There is need for the government to review its Kashmir policy rather than plunging headlong into ‘normalizing’ and rushing into elections with the same politicians who are hand-in-glove with terrorist organization and Pakistan.

This is all the more necessary since India continues to demonstrate its inability to transport the sub-conventional war unleashed by Pakistan into enemy territory; indulging instead in mere rhetoric about PoJK.