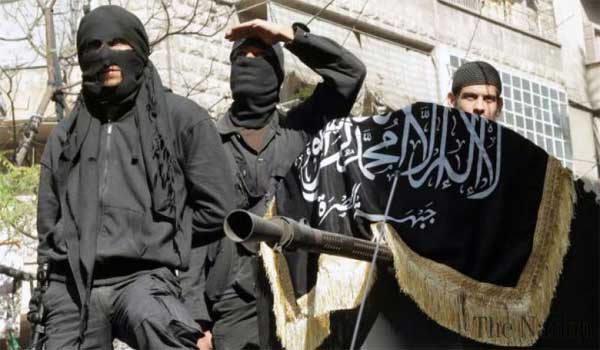 ISIS has clearly declared its intentions of formal expansion into the notional region of ‘Khorasan’ that includes Afghanistan-Pakistan and large parts of India, including Kashmir. ISIS has been active in Af-Pak in the recent past. It claimed responsibility for attacks on Ismaili Shias in Pakistan, and in Nangarhar province of Afghanistan, it has been successful in luring hundreds of young Taliban militants to lend support to it. Meanwhile, many Sunni Muslim outfits of Af-Pak are reported to be encouraging youth in large numbers to fight along with ISIS in Iraq and Syria.

…ISIS is now actively seeking to expand its operations in South Asia, it may soon try to establish a firmer foothold in Af-Pak.

ISIS appears to be making overt and covert appeals to Pakistani jihadi groups to join its fight against ‘the infidels’, but so far, there is no known formal link between ISIS and any major jihadi group in Pakistan. However, as ISIS is now actively seeking to expand its operations in South Asia, it may soon try to establish a firmer foothold in Af-Pak. Despite a measure of support and concerted efforts to expand links in Af-Pak, ISIS will not be able to seize territory in the region in the foreseeable future. ISIS is, however, likely to blow up areas it is unable to capture, and in these circumstances, Af-Pak may face multiple terror attacks of the kind ISIS has launched in France and Mali.

It will not be easy for ISIS to establish bases in Af-Pak as militants of this region and ISIS are at odds both on religious and political grounds. ISIS is Salafist and does not accept the legitimacy of any other Sunni sect, especially Deobandi, a sect to which most South Asian militants owe allegiance. Pakistani security forces are also likely to resist the advent of a cult that may undermine their authority. The Pakistani army will not allow ISIS militants to establish bases in Pakistan under any circumstances.

Any forced entry of ISIS in strength into Af-Pak will aggravate the already volatile situation prevailing in this region. A truly nightmarish scenario for South Asia would be if ISIS, Taliban and Pakistani jihadis join forces to threaten the secular fabric of the region. The prospect of al-Qaeda, ISIS and Pakistani jihadi assets joining hands is extremely remote. However, if that happens, ISIS will surely unleash a jihadist juggernaut against India and some other countries of South Asia.

Boko Haram is really a loose Islamic canon that has killed more people than ISIS.

Boko Haram, a Nigerian-based terrorist group, was founded in 2002. The name itself proclaims, ‘Western education is sin’ or ‘Western Civilisation is Haram (strictly forbidden).’ The movement grew from a mosque in north-east Nigeria, with the aim of creating a separatist Wahhabi community. It emerged as a full-fledged Salafist-jihadi terrorist organisation by 2009. Since its inception, it has been responsible for the loss of more than 3,500 civilian lives.

Boko Haram seeks to demolish the secular system and introduce Wahhabi radical sharia laws in Nigeria. It wants to change laws by use of brute force but shows no inclination of controlling any areas. Presently, its activities are mainly aimed at destabilising the Nigerian government and increasing religious polarisation. Boko Haram has been instigating violence between Christian and Muslims and has attacked both churches and mosques in an attempt to spread communal unrest. In 2013, Boko Haram killed 64 people in mosques and 16 attending church services; it also beheaded 11 civilians. The activities of Boko Haram are, however, confined to particular parts of Africa, and it has not launched any attack outside this region so far.

Boko Haram is really a loose Islamic canon that has killed more people than ISIS. A report issued by the Institute of Economics and Peace (IEP), Australia, shows that Boko Haram is by far the deadliest terror group in the world. According to the 2015 Global Terrorism Index, 6,664 deaths were attributable to Boko Haram in 2014, an increase of 317% from the previous year. The group, according to the index, was responsible for 453 incidents. ISIS, in comparison, caused 6,073 deaths in the same year. Boko Haram was involved in 1,071 incidents, including 705 bombing attacks.

Terrorist activities are most intense in Iraq, Nigeria, Afghanistan, Pakistan and Syria – accounting for 57% of all attacks and 78% of all deaths in 2014. Iraq and Nigeria combined, the report said, accounted for 53% of all terror-related deaths.

With 9,929 deaths, Iraq was the worst victim of terrorism in 2014, reporting a 55% increase from 2013. ‘There were three times as many deaths in Iraq in 2014 than the entire world in the year 2000,’ the report added. However, Nigeria saw its death toll from terror rise by 300%. It reported 7,512 fatalities in 2014, primarily attributed to two of the deadliest terror groups as per the index – Boko Haram and the Fulani Militants (ranked fourth).1

According to press reports, the Bangladesh government was warned by US intelligence about Islamic State’s plans to intensify its activities in Bangladesh. A series of lethal attacks recently carried out by IS-linked terrorists lend substance to these intelligence reports and future ISIS threats to that country. In recent attacks, an Italian aid worker was killed in Dhaka’s diplomatic zone and a Japanese agriculturalist was shot dead in the north of the country. A bomber attacked a gathering of Shiites, killing a teenage boy and wounding dozens of other people despite elaborate police arrangements. After each of these attacks, the Islamic State claimed responsibility on social media websites.

Links between ISIS and jihadi groups in Bangladesh could pose a new danger to neighbouring countries, like India and Myanmar.

The lack of a determined effort on the part of Bangladeshi agencies is blamed by many for these attacks. More sophisticated methods are needed to prevent the expansion of ISIS-sponsored terrorist activities in Bangladesh. The emergence of ISIS here could disturb peace in the entire South Asian region.

Links between ISIS and jihadi groups in Bangladesh could pose a new danger to neighbouring countries, like India and Myanmar. India must take note of the threat of the Islamic State that is unfolding in Bangladesh and offer all help in fighting this menace. Deeper cooperation is necessary between India and Bangladesh to combat global jihadi groups like al-Qaeda and Islamic State, which are seeking to expand their network in Bangladesh, given the socio-cultural and geographical proximity of the two countries, a spill over of the jihadi network across the borders is a distinct possibility.