Evolution of the Indian Submarine Arm 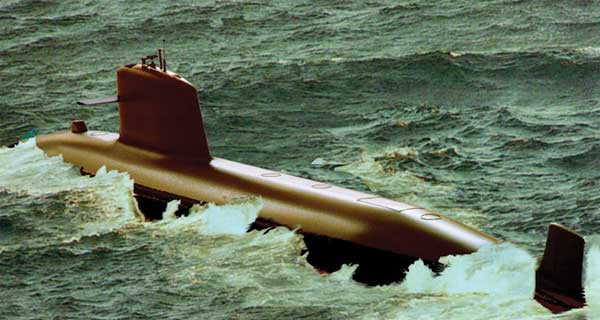 “Of all the branches of men in the forces there is none which shows more devotion and faces grimmer perils than the submariners.”       — Sir Winston S. Churchill

The development of the self propelled torpedo and the submerged diesel engine run by powerful storage batteries resulted in the creation of what modern navies call submarines. They let loose a trial of terror and destruction in both the World Wars. The submarines came into limelight during the earlier years of this century and gained considerable notoriety by wreaking havoc upon Allied merchant and naval shipping during World War I.

The evolution of the significance of submarines led to the belief, “there are only two kinds of naval vessels – submarines, and targets.” The submarine is a formidable weapon system and without a submarine no navy in this world can be considered complete. The Second World War witnessed the reaffirmation of the submarine’s role as an offensive force at sea. During the Second World War the battleships were replaced by the aircraft carriers as ‘queen of the seas’1 due to their ability to support a fleet and aircraft operations, far ashore. The second half of the twentieth century has witnessed nations clamoring for submarines in addition to traditional battleships. By 2000, the traditional diesel submarines had lost its presence by the massive introduction of the nuclear submarines.

The Indian Navy and Submarines

Pre World War II, the Royal Indian Navy (RIN) had a very limited role as a defence force and was restricted to coastal defence only. During the Second World War, the British expanded the RIN and changed its role from a coastal defence force with an offensive role. During the period 1939-1945, RIN underwent a phenomenal expansion. Still, the proposal to acquire a submarine for the Indian Navy was discouraged by the British naval officers who were then still in commanding positions in the Indian Navy , on the grounds that the sophisticated technology and the skills required to operate submarines were beyond the capability of the Indians2. 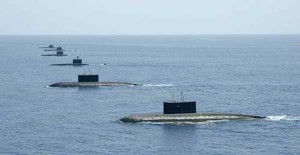 When India attained independence, its officers and men who had seen the havoc caused by submarines in the North Atlantic, first hand, pressed for the creation of a submarine arm. But it took several years before the plunge was taken. In post independence period the political leaders never felt the importance of the development of Navy; in other words, they never expect any threat from sea. India could never think of a belligerent neighbour except Pakistan which did not have any developed Navy as well.

The Nehruvian Government with its focus on the agrarian sector never wanted to spend a major share of annual budget for the defence. Secondly the Western powers did not want India to possess such a formidable weapon. The British officers wanted the Indian Navy as a small force in a coastal defence role and the Royal Navy to continue to be responsible for overall oceanic and maritime defence of India.

In 1948, due to budgetary constraints, the Navy was asked to recast its requirements. The Navy’s
ten year plan 1948 – 1958 gave lesser priority to the Submarine Arm because it could not be created by 1958. In 1951, since large scale naval expansion could not be afforded, the Navy proposed a ship replacement programme instead of a ship acquisition programme. There was no plan to acquire a submarine in this plan. By 1956 the Indian Navy realized the importance of upgradation of the Navy, because of Pakistan’s admission into CENTO and SEATO and was consequently to be given extensive naval assistance by the Americans and Britain.

As a result, in one of the appreciations of the future naval requirements for India and Pakistan is the early 1950’s, the British Admiralty said that it was in the interest of the Commonwealth as a whole that India and Pakistan should maintain such naval forces as could be supported by their resources in material, manpower and finance and that the functions of these naval forces in war would primarily be to provide for the security of India and Pakistan including provision for harbour defence, minesweeping and coastal convoys, and secondarily, to contribute to the overall security of the British Commonwealth. This would also include a share in the control of sea communications in the Indian Ocean, particularly in the Arabian Sea and the Bay of Bengal3.

In addition to the arguments used earlier, it was emphasised that China possessed submarines, some of which had sufficient range to operate in the Bay of Bengal.

The proposal to form a Submarine Arm was taken up in earnest for the first time in 1959. The initial proposal envisaged the acquisition of four submarines from the Royal Navy at a cost of Rs 16 crores, with a recurring cost of Rs 2 crores annually for operation and maintenance. The preamble and the plans paper on the ‘Outline Plan for the Reorganisation and Development of the Royal Indian Navy’ prepared by the Naval Headquarters immediately after the independence mentioned, “The Navy and Army of India as united have existed for over 300 years. The Army on the date of partition numbered some 480,000 men and was fully equipped as a modern fighting machine. The Royal Indian Air Force had existed for only ten years but at the date of partition possessed some 11 squadrons of aircraft. The Navy by contrast, possessed but a handful of small ships4.”

“A submarine is an integral part of a maritime force… In a local or global war in which India may be forced to take part, submarines can be employed in enemy controlled waters and in strikes against hostile ships on the high seas and in harbour. Submarines are one of the most effective means of blockading the enemy’s seaborne trade…..” The statement mentioned the possible uses of submarine against submarines, as radar pickets, and even as aircraft control ships for providing valuable early information. Concluding the argument, the proposal recommended, “In order to develop a fully integrated maritime force, the Indian Navy should make an early start in establishing a Submarine Arm of its own. The important thing is to acquire the technique of operating submarines as early as possible, and for the purpose, a start with conventional or old submarines will provide and adequate answer.” 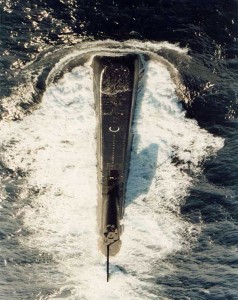 According to Admiral AK Chatterji “the long delay in acquiring a submarine was due firstly, to the lack of funds allotted to the Navy as the Government considered the Navy to be a less important service in the face of threats on land; and secondly, the unwillingness of USA and Britain to let us have a submarine on suitable terms.”5

“The British were adamant in their views that submarines were sophisticated weapon systems which were difficult to operate, that the Indian Navy was still too young to venture into the submarine field, that submarines were accident prone, that the loss of a submarine at sea would lead to the loss of confidence in the Navy at Governmental and national level which would gravely impair the Navy’s further development”6.

During all these years, there had been no progress on the acquisition of submarines. According to Vice Adm Hiranandani, there were several weighty reasons. “Until 1956, the Navy itself was fully stretched, personnel wise and budget wise, in remedying the after-effects of the partition of the Royal Indian Navy. Ships and aircraft were being acquired and training, repair and logistic facilities were being set up ashore. After 1956, the Navy’s efforts were primarily focused on acquiring ships and aircraft to cope with the increased threat from Pakistan. The Navy found it extremely difficult to carry conviction, either in India or in Britain, that the Submarine Arm was a priority requirement. In the context of a non- violent, peace-loving member of the British Commonwealth whose overriding priority was economic development, nobody was prepared to accept that India at all needed a patently offensive Submarine Arm”7.