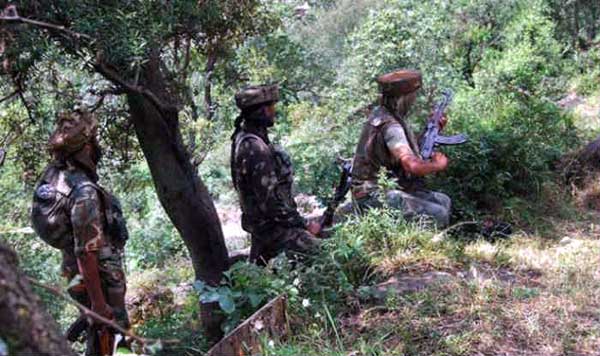 What India’s ‘surgical strike’ in PoK has done is that it has changed the rules of engagement in the ongoing proxy war waged by Pakistan on India since the last three decades. It was Pakistan, which had been calibrating this war, and India reacted tentatively but never in a convincing manner.

The surgical strike at the launch pads of the jihadis in PoK has delivered a new message, and that being that India is now no longer going to be entrapped in the cycle of terrorist attack followed by a dose of talks and goodwill exchanges…

The absence of conviction was due to lack of complete understanding of this new sub-conventional form of warfare, despite the fact that this kind of warfare was found to be intrinsic to Pakistan in all engagements, i.e. in 1947, 1965, 1971 and during Kargil conflict. This jihadi proxy war was honed by Pakistan’s military-intelligence complex to great refinement during the so-called Islamic war against Soviet forces in Afghanistan.

The use of irregulars has been a conscious strategic feature of Pakistan military in achieving military objectives. Choosing a passage from a report by a senior official of Ayub Khan’s intelligence and research outfit – the Bureau of National Reconstruction, entrusted with the task of identifying and recommending solutions to Pakistan’s security problems – Husain Haqqani, in his book “Pakistan between Mosque and Military”, quotes: “In its manpower, Pakistan is very fortunate. In some of the regions, people have long traditions of irregular fighting. Now that they have got a homeland and a state based on their own ideology they are bound to show great courage and determination to defend them. Then why not train irregular fighters whom even the existing industries of Pakistan can well equip? Of course, they will have to be politically conscious. They will have to be aware of the stakes involved in such a struggle, which is bound to be protracted. Their training in warfare will have to be strenuous and wide in scope. The irregular fighter will have to be shrewd, familiar with local environmental factors, aware of the psychology of his own people and of the enemy and of the political consequences of the struggle. Irregular warfare can help in reducing the crucial nature of the initial battles of Pakistan. It can help in spreading out prolonging action. The essence of this irregular warfare is to deny the enemy and target and keep attacking him again at unexpected places….Lack of military formalities in the eyes of military experts seems to detract from the respectability of irregular warfare. But actually, it is this lack of formal logic and system which is making it increasingly important in this age of missiles and nuclear weapons.”

Every word said above has resonance in today’s context, yet we could not jettison the mindset of World War II narrative of war. The above narrative written at least five decades ago factors in the unhindered scope of irregular warfare between two extremes of conventional and nuclear war. It needs to be reiterated that when this was written Pakistan was far from even dreaming about acquiring nuclear weapons. Our slavish European mindset of warfare in total disregard to the realities of the sub-continent has cost us dearly in terms of appropriate orientation, training and response.

The agents of proxy war in India have been hysterical in warning India of a massive retaliation by Pakistan consequent to the surgical strike. There can be no greater injustice to the Indian people…

The surgical strike at the launch pads of the jihadis in PoK has delivered a new message, and that being that India is now no longer going to be entrapped in the cycle of terrorist attack followed by a dose of talks and goodwill exchanges, only to be followed by another terrorist attack.  We have demonstrated that this cyclic nature of proxy war will now be punctuated by heavy Indian intervention, thus disrupting the very cycle to our advantage, and till the destruction of Pakistan’s war waging potential.

The cyclic nature of the proxy war waged by Pakistan had spawned a huge industry, i.e. a military-jihadi complex in Pakistan and its affiliates in India. The Indian affiliates comprising some intellectuals, some segments of the media, and even some retired diplomats and military personnel were at their desperate best to dissuade India from taking any action in reply to the Uri attack. Some of the worst government baiters of the present government were seen to be praising the Prime Minister for his restraint and maturity. They did betray a sense of nervousness at a possible Indian action, and the impact that it would have on the thriving proxy war industry.

The agents of proxy war in India have been hysterical in warning India of a massive retaliation by Pakistan consequent to the surgical strike. There can be no greater injustice to the Indian people, the biggest and unsuspecting sufferers of Pakistan’s proxy war, by use of the word ‘retaliation’. It is a bad word in the context of Pakistan since India is the victim and the aggrieved party. Are they making a case that Pakistan has a right to terrorize, since we have now refused to accept its jihadi terrorism. Hence, any so-called retaliation from Pakistan will be construed as an attack on India. In that eventuality, we will respond even more heavily and henceforth the onus to end the cycle of proxy war will be on Pakistan.

It can be stated that there would be no other outcome beyond what India has already experienced in the last three decades. Pakistan has already reached the level of ‘suicide bombers’ and cannot go beyond.

The Indian affiliates of Pakistan’s jihadi-military complex have been warning their fellow Indians about unknown outcomes of our pro-active action. The use of irregulars not only detracts the Pakistan Army from professionalism, it also infuses a sense of exaggerated sense of self-importance and military prowess amongst the jihadis. They come to view themselves as equals, if not superior to the professional army. The key motivating factors for such groups can never be the same as those of a professional army, and therefore, their marriage in the long run is bound to be counter-productive, rather disastrous. It can be stated that there would be no other outcome beyond what India has already experienced in the last three decades. Pakistan has already reached the level of ‘suicide bombers’ and cannot go beyond.

The future of Pakistan is bleak. Through the 80s and mid-90s, the three pillars of Pakistan were the military, the prime minister and the president referred to as ‘Troika’. This has undergone fundamental change. The jihadi outfits have become the second most important pillar of Pakistan after the military. A blow to this pillar could be fatal for the country.

As a last resort the agents of proxy war in both the countries have been flaunting Russia and China card. The import of Pakistan-Russia military exercise was highly exaggerated. In international relations, it is seldom the syndrome that ‘either you are with me, or against me’. Moreover, India is not an insignificant market for Russian military equipment. Geopolitics also dictates that since Russia has now bounced back into reckoning in West Asia, it would not be comfortable with another player in the region by way of Gwadar (CPEC).

Given the territorial embrace that China has made with Pakistan by way of China-Pakistan Economic Corridor (CPEC), it is a foregone conclusion that it will support Pakistan indirectly and not directly. There would be ‘watery threats’ and indirect support for ‘Masood Azhar’ at the UN by China. Also being hyperbolized is the probable Brahmaputra threat by China. It needs to be mentioned that 80 percent of catchment area of Brahmaputra River is in India. India need not be discomfited by this well expected Chinese reaction, after all it has to accommodate concerns of its client state. Moreover, China with its current limited global strategic reach is known to cultivate, create and flaunt rogue states – first North Korea and now Pakistan.

Nevertheless, the dilemma for China would be that if it allows the jihadi groups to flourish in Pakistan, leave alone the threat to its Xinziang province, even CPEC will not be successful. The worst manifestation of the ongoing CPEC project is that in Pakistan it has become a volatile mix of expectations, jihadism, insurgency and big power concerns. It is precisely for this reason that consequent to the Indian spark, the demand for Balochistan independence has acquired momentous proportion. The insurgency in Afghanistan has rendered Pashtun in a volatile and destabilizes state. Operation Zarb-e-Azb has made matters worse. The clamour of Pashtunistanis acquiring unprecedented violent overtones.

The bane of Pakistan is its founder, Jinnah. Jinnah may be a brilliant lawyer, but was a man of skewed intellect. His ambition and hatred for his motherland India was overriding, otherwise, he would have never under-estimated the pull of ethnicity over religion. East Pakistan went away to become Bangladesh, how can this story end here? The artificiality of the geographical construct called Pakistan is bound to give away.

It is nobody’s idea to suggest that Pakistan would put an immediate stop to jihadi misadventures against India. The difference now will be the unpredictability of nature, place and level of Indian response.

The Indian response to proxy war in the last few months in strategic, diplomatic, and now militarily has unhinged Pakistan. The narrative has changed. The Western World must realize that had not India carried out the high level of attrition of Pak sponsored jihadis in Kashmir in the last three decades, so many 9/11s would have struck them. Had India not done so jihadis would have invaded the Western World like pests.

While detracting India from responding to Pakistan’s jihadi proxy war by invoking ‘nuclear flashpoint’, the Western World would do well to conjure the very probable prospect of nuclear weapons landing in the hands of the jihadi outfits. In the latter scenario, the most sinister threat would be to the Western countries. The West therefore has to thank India on many counts.

It is nobody’s idea to suggest that Pakistan would put an immediate stop to jihadi misadventures against India. The difference now will be the unpredictability of nature, place and level of Indian response. Pakistan’s deniability henceforth will be met by overwhelming overt Indian action. The era of deniability and cycle of terror is now a thing of past for Pakistan.