Home  >  News  > Homeland Security  >  Encounter at Pampore: Where was the problem?

Encounter at Pampore: Where was the problem? 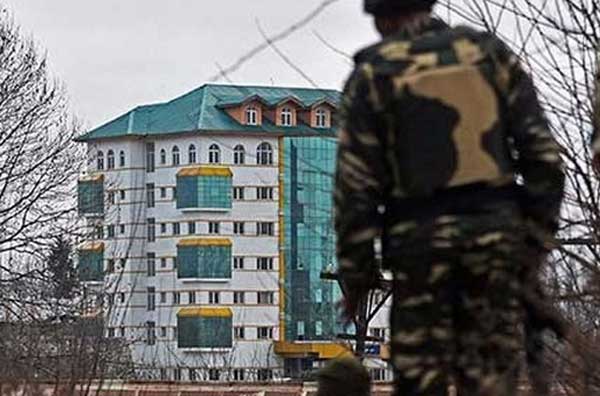 In yet another operation in Jammu and Kashmir, at Pampore, the nation has lost six personnel including two special forces Officers (of the rank of Captain) and one Non Commissioned Officer, wherein three terrorists were killed. It has been claimed that 120 civilians had been safely evacuated in bullet proof vehicles before commencement of the operation.

The whole fiasco occurred because the commanders did not exhibit the patience would have altered the final outcome. If the terrorists had been effectively cordoned off, why was there a tearing hurry to finish the operation ‘soonest’.

The nation has been losing precious lives of highly trained soldiers in J&K, in spite of having gained tremendous experience in conducting counter insurgency (CI) operations for more than quarter of a century.

To draw worthwhile lessons, there is need to analyse the whole operation. As was reported, the operational environment claimed that the terrorists were holed up inside the building. The civilians had been evacuated out safely. The Security Forces had effectively cordoned the building. The building itself was not in a congested built up area nor a heavily populated area surrounded by other houses or buildings. The Army had all the firepower that was needed to conduct such operations.

So, where was the problem? The whole fiasco occurred because the commanders did not exhibit the patience would have altered the final outcome. If the terrorists had been effectively cordoned off, why was there a tearing hurry to finish the operation ‘soonest’.

Rather than rushing commandos to eliminate the terrorists, other readily available means like strengthening the cordon further by having successive layers of stops liberally equipped with night vision devices of various kinds that are available with the Army to prevent escape of the terrorists, cutting off the electric and water supply to the building, firing of tear gas and smoke shells at/inside the building, using firepower including rocket launchers and if needed, incendiary ammunition should have been employed.

The commanders appeared confused whether they were dealing with our misguided countrymen or were they faced with terrorists who had been armed to the teeth?

Extensive use of firepower, even if it amounted to using helicopters, should have been made to frustrate and eliminate the terrorists. It is, after all the terrorists who were surrounded and not the troops. They were not suicide bombers who had exploded themselves to cause casualties, they were not in a vehicle which sprayed bullets and sped away or hurled grenades or fired rocket launchers or blasted an IED to kill.

They were not an army of thousands which was inside a fortress having ammunition and logistics to fight for months on end. They were just three terrorists with limited ammunition. The troops needed to stay outside their effective weapon killing range and eliminated them with their superior weapons.

The way the operation commenced one felt as if it was a routine action in support of Aid to Civil Authorities where minimum force is to be used and collateral damage avoided at all costs. The commanders appeared confused whether they were dealing with our misguided countrymen or were they faced with terrorists who had been armed to the teeth?

By their very nature and limited numbers, special forces are to be used in exceptional circumstances and for those operations which are beyond the capability of the ground forces. However, they are being employed for counter insurgency operations in the Kashmir Valley as a matter of routine just because they are available. The same had not been happening in the case of CI operations being conducted outside the Valley.

It must be understood that the speed at which the country is losing these elite forces personnel, nobody would volunteer to join the Special Forces.

It must be understood that the speed at which the country is losing these elite forces personnel, nobody would volunteer to join the Special Forces. The Army needs to preserve them for special operations in war, or in extreme situations within the country, and not tire them out or lose them with such speed.

The Rashtriya Rifles (RR) units are quite competent to conduct CI operations on their own. They are being extensively trained to do so. An analysis of operations conducted by various RR Forces over last decade or so would indicate that the soldier to terrorist kill ratio has been highly favourable in the past. The Army seems to be losing that edge because of some ambitious commanders who refuse to employ innovative methods to deal with the situation, employing ‘one size fits all’ theory.

Since the days of the Kargil War, it has become the norm to project the failures as victory claiming that a large number of civilian casualties have been prevented, even if these very civilians assist, provide shelter and protect the terrorists who keep killing our brave soldiers.

8 thoughts on “Encounter at Pampore: Where was the problem?”