EADS to Focus on India

As per EADS Chief Executive (Defence & Security) Stefan Zoller, European aerospace consortium, Eurofighter, is set to transfer some development work of its fourth generation Eurofighter Typhoon and other military aircraft from Europe to India soon.

EADS has set up a military Research and Development (R&D) centre in Bangalore. Zoller clarified that the R&D activities were independent of its bid for the global tender for 126 MMRCA for the Indian Air Force (IAF). He said the move intended to leverage high-skilled Indian talent as well as the potential of the emerging Indian aerospace industry apart from developing new technologies and creating new jobs. 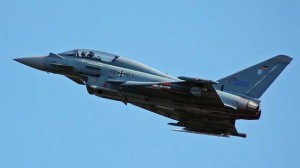 Speaking at the 10th Berlin International Air Show Zoller said, “If we win the IAF order, the development of newer versions of Typhoon for India and global market will result in creation of about 20,000 direct jobs, as the bid involves the winner re-investing 50 per cent of the deal in India’s defence manufacturing industry.”

The Company plans to transfer 60 percent of the Eurofighter technology to India if the Typhoon wins the bid. Its long-term strategy is to partner with the Indian aerospace industry for its global market, as it considers Indian talent and resources as the ideal source for know-how in developing newer technologies.