EADS North America is conducting flight demonstrations of its company-funded Armed Aerial Scout 72X (AAS-72X) helicopter at the Nashville International Airport this week to coincide with a nearby military aviation exposition. 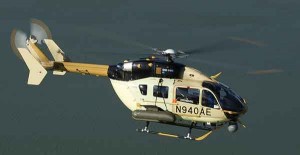 The company, and its industry team of American Eurocopter and Lockheed Martin (NYSE: LMT), have made a significant investment in the development of three AAS-72X Technical Demonstrator Aircraft (TDA), which are being used to conduct parallel development and risk reduction activities, and to demonstrate the aircraft’s increasing level of capability and technical maturity. The AAS-72X is based on the highly successful EC145 commercial helicopter platform.

The Technical Demonstrator Aircraft made its first flight in December 2010, and is being used to validate the AAS-72X’s ability to meet the U.S. Army’s current armed aerial scout mission requirements.