Drone Attacks: Not Another Game Changer 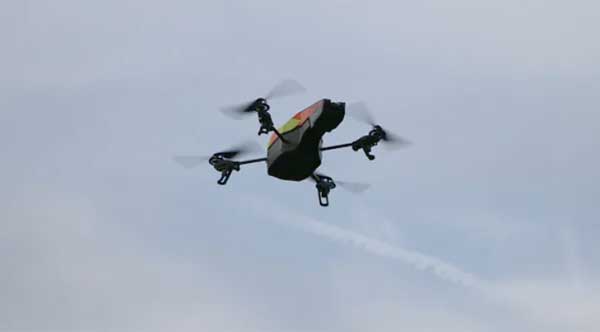 As was to be expected the recent drone attack on Air Force Station at Jammu, has, as the British would jokingly put it, got our knickers in a twist, and it should. It is no laughing matter that our base has been attacked. The fact that casualties have been minimal and no aircraft have been damaged, thanks no doubt to the ineptness of the drone pilot or just plain good fortune, matters little as we may not be so fortunate the next time around.

However, unfortunately, in all the ongoing discussions on the matter, most people are missing the wood from the trees. What should be of serious concern to us is the fact that one of our airbases was attacked without any provocation. If it was carried out by elements within the Pakistani Establishment as some suggest, then we should be considering an appropriate response. If not by them obviously are response will be far more tempered. The fact that it was by a drone is of little consequence, because at the end of the day, it is just another long- range indirect weapon available in the armoury of our adversaries, which we will counter appropriately with both passive and active measures.

In any case despite all the hysteria surrounding drones, even talk of them being the future of warfare, the fact of the matter is that while they may have helped win an engagement or two, they have never won the war or been the game changers that people suggest. For example, the Americans have the most sophisticated drones in the world and they have never been shy of using them, as we saw during the two decades their “Global War on Terror” has lasted, be it in Iraq, Syria, Somalia or Afghanistan. Yet, even by the broadest of definitions, they can hardly be said to have emerged victorious from GWOT, certainly at the present time theTaliban and everyone else in Afghanistan is clear as to who the victor is!

The reason drones have been seen as a battle winning proposition in recent days, is because of their supposed effectiveness, witnessed during the 44-day conflict that ended in Nov 2020, between Azerbaijan and Armenia, over the disputed province of Nagorno- Karabakh. While drones were effectively used by the Azerbaijanis, the simple truth is that the Armenians were on the losing side, having lost over two-thirds of the disputed territory that they controlled, for a variety of reasons, including drone attacks they were unable to counter. As one American Think-Tank, The Jewish Institute for the National Security of America (JINSA), put it “a deep paradox was always built into the Armenia-Azerbaijan conflict. Armenia has a third of Azerbaijan’s population, lacks its natural resources and key geopolitical location. But it won the war in the early 1990s, largely because of two factors: Azerbaijan’s internal turmoil and Russian backing for Yerevan. These factors helped Armenia win control over Nagorno-Karabakh as well as much larger territories surrounding that enclave, home to almost 750,000 Azerbaijanis who were forced to flee”.

The sense of military superiority that the earlier victory gave the Armenians made them increasingly assertive and demanding in their dealings with Azerbaijan. They disregarded the Azerbaijan Military’s subsequentreorganization and re-quipping, made possible with money from newly discovered oilfields. Instead, their threats against Azerbaijan’s oilfields, which supplied oil to Turkey, only led to closer ties between Azerbaijan and Turkey, especially at the military–to–military level. Most importantly, they took for granted the Russian support that they enjoyed, especially after Russia’s assertive actions in Ukraine and Georgia, confident in their belief that Azerbaijan would not wish to tangle with the Russians by commencing open hostilities, a belief that was not borne out by Russian actions. All in all, the Armenian political and military leadership made grave miscalculations, for which they paid an enormous price.

While there is little doubt that smart munitions and drones did play an increasingly important role in the conflict it would be worth remembering that both these countries are small with extremely limited military capabilities. Moreover, the area where the conflict occurred was also rather limited.Azerbaijan, for example, has a military that was twice the size of that of Armenia. Yet, it has an Army of just about 120,000 with around 600 tanks and another 1000 odd Infantry Combat Vehicles/ Armoured Personnel Carriers. It has a total of 700 artillery pieces, including 200 Rocket Launchers. In its Air Force of about 120 Aircraft, it has around 30 Fighter Aircraft and 75 Helicopters. Its arsenal of smart munitions and drones does not cross 60. Finally, both these countries are located in the Lower Caucasus Mountains where the average elevation is around 4000-5000 feet and only a few peaks are at 8000feet, a far cry from the situation we face.

The lessons that have emerged from this conflict suggest that even in mountainous terrain the importance of winning the air supremacy battle is of paramount importance. In our context against the PLAAF this assumes greater importance because of the high altitude desert in which engagements will be undertaken. As was to be expected UAV’s and Drones, in tandem with smart munitions, were used to find, fix, track and kill targets with precision strikes being conducted in depth.However, these capabilities must not be exaggerated, though it does suggest the need for state of the art Air Defence capabilities, specifically with regard to countering UAVs and drones, which in this conflict were able to target and destroy  larger modern Air Defence Systems such as the S-300, which are not designed for counter-UAV missions. While the acquiring of Counter UAV/Drone systems must be given priority, the importance of training, tactical dispersion, camouflage and other passive measures cannot be over-emphasized. By no means are drones a game– changer assuggested by some, as they too, like all other weapons and surveillance platforms, have their limitations and vulnerabilities, which can be exploited.

Finally, in the context of the attack at Jammu, there have been conflicting reports as to the direction from which these drones were launched. Some suggest it may have been the handiwork of terrorists operating within the country. In the context of non-state actors, their capabilities will be fairly limited and we should be able to neutralize their efforts by implementing passive measures along with enhanced security deployments and better technical acquisition capabilities. Apart from this, we must look to build up our own offensive capability as well.

2 thoughts on “Drone Attacks: Not Another Game Changer”