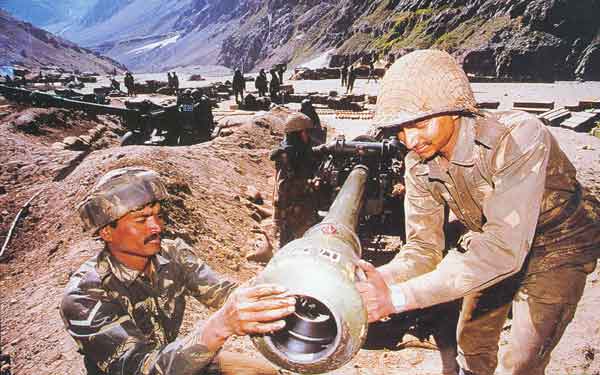 Jointness among the services remains a chimera. The creation of the Integrated Defence Staff (IDS), but the non-implementation of the Chief of Defence Staff have left the three services where they were earlier on their own. For true jointness, planning and acquisition functions must be integrated. To this day, budget allocation is on time-tested percentage basis resulting in wasteful expenditure and lack of inter-operability. Future wars will be time-critical and real-time communications will be a decisive factor in the outcome of operations. That is why the USA has created a single-backbone C4ISR capability. What this means is that the US army, navy, air force and the marines use the same communications medium during peace and war.

In India, however, each service has opted for different communication systems with the facility of interface. No single back-bone C4ISR has yet been planned.

A single-backbone C4ISR can simultaneously process inputs from disparate sources like satellites, UAVs, AWACS, sigint and humint to present a cohesive and consolidated picture to decision makers without loss of time. In India, however, each service has opted for different communication systems with the facility of interface. No single back-bone C4ISR has yet been planned. The time penalty in such a system could prove fatal, given that we operate in a nuclear environment.

Since Kargil, the external military environment has altered considerably, to India’s disadvantage. The Indian Army awaits its artillery pieces, tanks and helicopters. The Indian Navy is yet to receive the aircraft carrier Vikramaditya with the MiG-29 jump jets. The strength of naval fighting vessels has decreased and the Akula class nuclear powered submarine is scheduled to reach India by the end of this year, if there are no more twists in the tale. The combat strength of the IAF has degraded and replacements are at least five years away. Hawk trainers and VIP Embraers have arrived but do not improve combat edge. One AWACS platform has been received after considerable delay, and will take some time before it is fully integrated into the offensive fighting matrix. The DRDO, a key element of India’s military–industrial complex, has yet to deliver on its promises. Its success rate, in making available effective weapon platforms and equipment to the armed forces, remains low. The Arjun MBT and the Akash SAM are examples of weapon systems that have not met specifications but there is pressure on the military to accept them because “we have to support indigenous products”.
There is no doubt that indigenous weapon systems must get priority over imported ones but these should increase the military’s firepower and not be causes for concern due to poor reliability under certain weather conditions or ineffectiveness due to under performance. The recent downturn in the economy has resulted in bright young scientists applying for the DRDO. The organization must channelize this new enegy into designing and producing useful effective systems, while discarding low reliability systems like the Anti-Ballistic Missile Programme which have and will continue to consume vast resources without producing any operationally viable products.

India’s acquisition process is a complex and complicated one. It gives a chance to all and sundry, including those whose bids have been rejected, to cry foul, at which point the entire cycle is gone through again with the resultant time delay in acquiring and operationalizing the concerned product. The Raksha Mantri, on being reappointed to the post after the general elections, said that he would not allow any corrupt practices in the weapon acquisition process and would ensure the guilty are punished. This is an unexceptionable statement, but it is strange that even after so many years, we have been unable to straighten out the system. The damage that delayed acquisitions cause to the national security has to be considered.

The Raksha Mantri said that he would not allow any corrupt practices in the weapon acquisition process and would ensure the guilty are punished…it is strange that even after so many years, we have been unable to straighten out the system.

While India wrestles with various military issues, including the bureaucracy initiated one on pay and perquisites after the 6th Central Pay Commission, our neighbors are spending money and time to improve their respective arsenals. Pakistan, with a fragile democracy which is firmly under army control, with a basket case economy that totters on the brink of collapse and with continuing internal strife which till recently threatened the safety of its nuclear arsenal, has managed to convince the world that it is in the forefront of fight against terror and therefore must be supported by all. And both China, the rising power, and the USA, the only superpower, are providing Pakistan with arms and sophisticated weapon systems. India’s claim that Pakistan is part of the problem is brushed aside and it is told to exercise restraint, even after hundreds of Indian citizens are killed by terrorists trained and nurtured in Pakistan. USA is pumping in billions of dollars into Pakistan to fight terror, but the funds are being misused by Pakistan to acquire weapons that can only be employed against India.

The perpetrators of the 26/11 terror attacks still roam free in Pakistan, but USA, supposedly India’s strategic partner, advises India to recommence the stalled dialogue with Pakistan and also thin troops on India’s western border to ‘reassure’ Pakistan. The latest action by the Pakistan Army is double-edged and the USA knows it but cannot do anything about it. The Pakistan Army is targeting the ‘bad’ Pakistani Taliban, as represented by Baitullah Mehsud who has carried out a series of terror attacks in Pakistan, including the one that killed Benazir Bhutto, but is keeping away from what Pakistan calls the ‘good’ Afghan Taliban, whose cooperation will be required in future to create ‘strategic space’ for Pakistan in an Afghanistan without US and Indian presence. Pakistan has pulled off a diplomatic coup of sorts and Indian diplomacy has failed, but that subject must be addressed elsewhere.

China has been an ‘all-weather’ friend of Pakistan and has time and again lived upto its reputation. During each India–Pakistan war, China has ‘leaned’ on India to try and dilute the forces arrayed against Pakistan. During the Kargil war, satellite images showed weapon shipments from China moving into Pakistan-occupied Kasmir along the Karkoram highway. More than 70 percent of Pakistan’s military hardware, including 1600 MBTs, 400 combat aircraft and 40 naval vessels have been supplied by China. Almost the entire Pakistani military–industrial infrastructure has been established by the Chinese. This includes ‘heavy rebuild factories’ and aircraft manufacturing facilities. Every missile project in Pakistan has been initiated through active Chinese or North Korean assistance. Chinese and North Korean connivance in Pakistan’s nuclear programme has been well documented by international watch agencies. China has trained Pakistani nuclear scientists, provided dual-use technology, built nuclear reactors and provided missile technology to Pakistan. 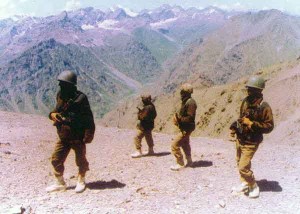 The China–Pakistan nexus works differently for China. China considers Pakistan as part of its ‘containment through surrogates’ stratagem aimed at India. This stratagem is discernible in China wooing all countries around India. It has helped Sri Lanka, Nepal, Myanmar and Bangladesh economically and militarily. The construction of ports in Gwadar, Myanmar and Sri Lanka allows China to resupply its naval ships in the Indian Ocean. China is conscious that its energy requirements pass through the Indian Ocean and its naval build-up caters to protection of the sea lines of communication that carry this energy. China is actively shoring up its energy security. It has, invested in or partnered with, all oil and natural gas producing nations. Recently China and Iran signed a deal to develop the world’s largest natural gas field, in a deal valued at 4.8 billion USD. The South Paro fields, shared between Iran and Qatar, has an estimated gas reserves of 14 trillion cubic metres – enough to meet Europe’s gas needs for the next 25 years.

India climbed to great heights during the Kargil war, but thereafter, disappointingly, the journey has been downhill.

Militarily, China has sprinted ahead of India. There was a time when the Indian Navy and IAF were considered superior to their Chinese counterparts, but times have changed – to India’s disadvantage. China has a focussed and time-bound military modernization plan, India’s modernization plan is unwieldy with each service going its own way. The lessons of Kargil on jointness are yet to be learnt. China’s military, the PLA, is pursuing a transformation strategy from a mass army designed for protracted wars of attrition to one capable of fighting short duration high-intensity, high-tech wars in an environment of ‘informatization’ (net-centric warfare). The pace of this transformation has accelerated in recent years with the acquisition of advanced foreign weapon systems (mainly Russian), high levels of investment in its indigenous defence, science and technology sectors and an overhaul of its somewhat archaic military doctrines. China’s ‘strategic reach’ has improved considerably as it focuses on Taiwan and the South-China Sea as potential conflict areas. If these two problems are resolved out, then the only other major territorial issue that China has is with India. China is also developing disruptive technologies for anti-access and area-denial, as well as for nuclear, space and cyber warfare. These will, in future, enable China to project power to ensure access to resources or to enforce claims to disputed territories.

India’s new goverment, with a strengthened mandate, will have to weigh its strategic options. The developing geo-political situation in South Asia holds many pitfalls for India and it will have to play its cards carefully. Some tentative steps like bolstering our troop strength in Arunachal Pradesh and improving the IAF’s strike capability in the eastern sector have attracted sharp remarks from Chinese media, obviously with official backing. India has to fortify its position in the so-called disputed areas to counter any Chinese moves. India has some advantages in the region, especially when it comes to air operations and this should be exploited to the fullest. China will probe our defences and resolve in the near future and the Indian military has to be prepared.

The Kargil war was a warning which we have ignored. The national introspection that followed, gave us the opportunity to overhaul our entire security apparatus, plug the many loopholes, improve internal security, tighten up border and coastal management and modernize our military. But political indifference, diplomatic inefficacy, bureaucratic apathy and military disinterest have brought the country to a situation where its options are being continuously reduced by other players in the international game of geo-politics. The newly elected government has to create strategic opportunities, through positive actions, for the country and steer the ship of the state through the choppy waters to a safer destination. India climbed to great heights during the Kargil war, but thereafter, disappointingly, the journey has been downhill.

2 thoughts on “Downhill from Kargil”