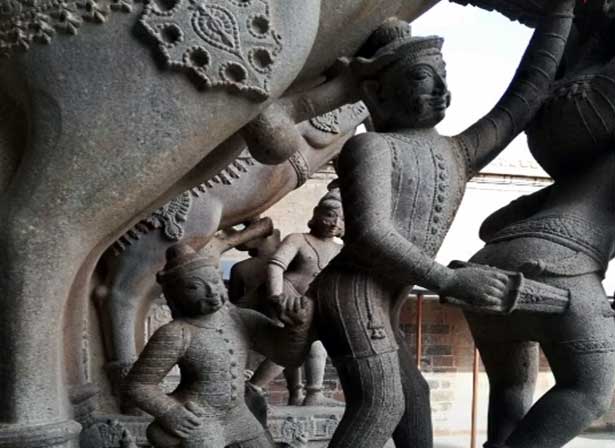 The ‘Aman Ki Asha’ Brigade with their Pakistani counter parts are tad subdued in terms of cross-border visits and closeted guftgu (conversation) sessions due to COVID-19.  But chats on social media, Skype, Zoom are continuing because multiple  agendas are involved, quite oblivious by design or default that Pakistan has ‘supplemented’ its thousand cut policy against India with a ‘thousand cyber cut’ policy. This pedigree refuses to acknowledge that Pakistan is beyond redemption and sitting in China’s lap has made it worse which  cannot change in the foreseeable future till the army rules Pakistan.

As tensions rose between India and China following the scuffle in Galwan, Pakistan’s top brass were sitting in ISI headquarters for hours; trying to figure out how to help Beijing if India-China sparks ignite.  Possible conclusion may have been in exploiting what they are good at – terrorism, dirtier the better. Presenting an active conventional front too would have been discussed even though Pakistani army never won a war and lost East Pakistan, and that it would throttle the economy further.

With western media talking World War III, discussion may have included US-NATO attack on Karachi or troops landing in Balochistan? But it will be naïve to believe China didn’t keep Pakistan informed about action in Ladakh and discussed what Pakistan could do in case of flare up. Ah yes, one decision taken by Pakistan military-ISI is that Sikhs For Justice (SFJ) whose website is operating out of Karachi will be patched up with Chinese intelligence also for spying and other acts (terrorism?) in India.

The Hindi-Chini Bhai Bhai Brigade will possibly go dormant awhile after the Galwan clash. But the politicians, bureaucrats, corporates, journalists, scholars, think tanks, businessmen that have been won over by China over the years though economic and psychological means would resurrect after the current fervor dies down.

Pan-India Chinese investments and Chinese banks in India are essential part of psycho-economic pressure. This has been the irony of India over decades while China has stabbed us repeatedly. The largest Hindu Temple in the world is ‘Ranganathaswamy Temple in Srirangam, Tamil Nadu built during the Chola Empire that had a naval force as also naval infantry. The Tamils were great traders who traded as far as China and competed with the Chinese in South East Asian Kingdoms. A ninth century stone sculpture in this temple shows one of the Knaickers being backstabbed by a Chinese trader. This is not a mere sculpture but a warning given by our ancestors to never trust the Chinese.

A dozen centuries down the line we are still getting stabbed repeatedly – and allowing China to do it effortlessly.

It well known that Nehru despised the Army and loved China but was there something more to it? Diplomats in Beijing were somehow won over by China, KM Pannikar being prominent. This practice has continued – recall our diplomat-cum-NSA in 2012 perception building for India to vacate Siachen had served in Beijing. Instead of helping Tibetans against Chinese invasion, Nehru was supplying rice to PLA. He also told US, UK and UN to ignore Tibetan protest to UN saying that would distract from the Neutral Nations Repatriation Commission in the Korean Peninsula – as scripted by former ambassador RS Kalha.

Sardar Patel had written to Nehru on November 7, 1950 saying, “We have to consider what new situation now faces us as a result of the disappearance of Tibet, as we knew it, and the expansion of China almost up to our gates…… The Himalayas have been regarded as an impenetrable barrier against any threat from the north. We had a friendly Tibet which gave us no trouble. …..Chinese irredentism and communist imperialism are different from the expansionism or imperialism of the western powers. The former has a cloak of ideology which makes it ten times more dangerous. In the guise of ideological expansion lie concealed racial, national or historical claims. The danger from the north and north-east, therefore, becomes both communist and imperialist. While our western and north-western threat to security is still as prominent as before, a new threat has developed from the north and north-east. Thus, for the first time, after centuries, India’s defence has to concentrate itself on two fronts simultaneously. Our defence measures have so far been based on the calculations of superiority over Pakistan. In our calculations we shall now have to reckon with communist China in the north and in the north-east, a communist China which has definite ambitions and aims and which does not, in any way, seem friendly disposed towards us.”

Brigadier J P Dalvi writes in his book ‘The Himalayan Blunder’ that while attending Defence Services Staff College at Wellington, the Commandant ,General WDA Lentaigne, on getting the news of PLA entering Tibet in October 1950 addressed the students, summary of which is:

•  India’s back door has been opened, and the Himalayas has become the boundary with a large, powerful and expansionist China.

•  Our eastern regions due to concentration of industry and raw materials becomes vulnerable – within range of bombers from bases in Tibet.

•  Defence of mountainous frontier would cost India more than it can afford.

•  If the Kashmir issue is not solved, India would have unmanageable defence burden.

•  IAF and Navy would have to be modernized at considerable cost.

•  India would have to pay dearly for failure to act before China became stronger and was free of her commitment in Korean War.

•  Some students present in this hall would be fighting Chinese before retirement – this prophecy came true.

About 2.5 million Indians participated in World War II, most of who were disbanded at the end of war in 1945.  India could have easily mobilized 2-3 Divisions from these  trained soldiers and helped Tibet retain its independence from the rag-tag PLA. Recall in 1962 where PLA used ‘human wave’ tactics, some follow up echelons without arms were seen picking weapons from those killed in front.

Ironically,  Nehru continued to believe Peoples Republic of China’s (PRC’s) legitimate interests must be acknowledged to reduce international tensions. AG Noorani writes that “integrating the PRC into the international community by conceding its right to the Chinese seat at the UN Security Council was in fact a central pillar of Nehru’s foreign policy.” India became aware that PRC had built a road through Aksai Chin and established PLA posts there much after all this was completed. Aksai Chin was annexed by China without firing a shot or violence – compared to killing close to one million Tibetans in Tibet till now.

In 1960 Zhu en-Lai visiting India said there would be no war but was waiting for an opportunity with the Indian Army poorly equipped. In 1962 when Nehru directed the Army to throw PLA out of one illegally occupied post, China launched a massive pre-planned invasion. Indian’s could have continued fighting in some places but the weak higher military leadership ordered withdrawal. PLA eventually withdrew because of inability to sustain itself across the Himalayas through winters.

In 1966, Zhu en-Lai meeting a Pakistani military delegation in Beijing raised his clenched fist and said, “This is capable of delivering a forceful blow, but if you  cut off one finger, the fist loses its power, not by one-fifth, but by fifty percent. If you wipe out a couple of hundred thousand of the enemy spread over a long front, its impact is not as great as wiping out an entire battalion or a brigade but  enemy’s morale is dealt a devastating blow. We know this from practical experience.” China supports Pakistani terrorists both at the UN and against India-Afghanistan.

Through a bloodied Maoists insurgency, China has successfully brought Communists to power in Nepal, drawing Nepal in its strategic sphere. China has announced it will bear costs of teaching Mandarin in Nepal’s schools which the government has accepted. Naturally, teachers will come from China well versed in ideological and psychological treatment of the upcoming generation.

China-Pakistani have proxies in Myanmar like the Arakan Rohingya Salvation Army (ARSA) and the United Liberation Front of Western South East Asia (ULF WSEA) bringing together nine insurgent groups of northeast including NSCN and ULFA. Insurgent and banned organizations in India have China-Pakistan links. Despite overt bonhomie, China has been against India’s entry into the NSG and UNSC as permanent member.  All Chinese companies and individuals working abroad are pledged to help gather intelligence for their country and Chinese development projects have PLA presence.

During the surprise attack on our troops in Galwan Valley, PLA brutally clubbed to death our soldiers in complete disregard to border protocol. Bodies of those killed were mutilated beyond recognition. Some of the hostages were tortured, killed and mutilated before handing the bodies back. The pre-meditated attack was to convey a message to Prime Minister.

There is no mention in Chinese media of PLA soldiers killed in the Galwan clash. They may have been buried somewhere and parents told they fell victim to new wave of China Virus. The Galwan Clash is indeed a watershed moment in India-China relations. Before the PM announced to the nation there are no PLA intrusions, China launched cyber-attacks against India including targeting the banking sector. Has China stabbed us in the back again? Yes it has and this certainly is not the last time. The next one may be in near future.

7 thoughts on “Don’t Ever Trust China”