Home  >  News  >  Does the life of a soldier really matter to prime-time news anchors?

Does the life of a soldier really matter to prime-time news anchors? 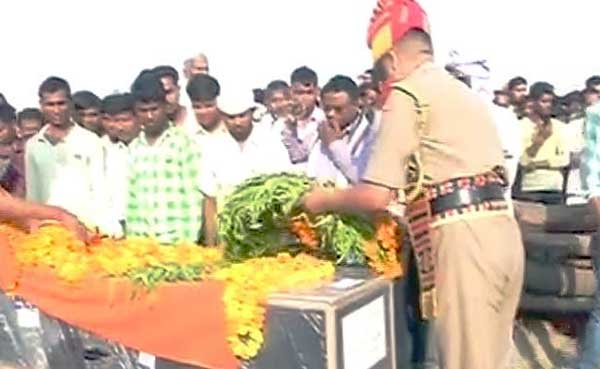 Time and again we see the news of our soldiers sacrificing their lives for the country. It fills every citizen with sadness. The supreme sacrifice made by our armed men is both a matter of extreme pride as well a moment of extreme pain for all the citizens who love their country. We, as Indians, have taken pride in the commitment of our armed forces that defend our country in extreme situations.

In fact, their news rooms grow on propaganda, half-baked truths, false information, taking extreme positions etc. They create an environment of fear and paranoia around.

But never ever before, the life and death of a soldier was a question of getting more TRPs as it is today. News anchors sitting in their comfortable air conditioned studios who don’t know a thing about the life of a soldier are increasingly showcasing that they are more patriotic than even the soldier standing at the border. These cunning prime time personalities, which, primarily includes anchors, political party spokespersons, out of work Bollywood people and some fringe radical elements are getting into a habit of “shooting off from soldier’s shoulders”.

The public discourse on nationalism is a serious matter. Most of the news channels hardly bother to call a defense expert, an international relations observer or a serious academician to talk rationally on these sensitive issues. This is because if they call these experts, then ‘reasonable’, ‘sane’ and ‘meaningful’ discussions will take place and viewers would be left better informed about the ground realities.

This is exactly, what news channels don’t want. They just want ‘loud noise’, ‘senseless name-calling’, ‘venomous hate speeches’ etc, because that’s good TRP. Why cut down the TRPs by having an informed debate where the anchor is actually working as a moderator and not indulging in propagandizing stuff because that’s what they are excellent in doing. They hate ‘intellectuals’ and ‘intellectual arguments’ so much so that the word ‘intellectual’ is left bastardized by them.

Having no prior knowledge of how nations interact with each other international system, how foreign policies work, what is meant by conflict resolution, prime time news anchors are least bothered to even read on these issues before making a stupid comment on national television. For them, the goal is not to calm down the ignited extremist passions but to add fuel to the fire, so that their business doesn’t get affected even by an inch.

Infact, their news rooms grow on propaganda, half-baked truths, false information, taking extreme positions etc. They create an environment of fear and paranoia around. This fear and paranoia a disturbing element and hampers the peace of a country. Sometimes, when there is nothing concrete to focus on, news anchors try to make mountain out of a mole. It feels as if they actually want deep unrest and situation of chaos in the country and if there is none available, they try to create one in order to do twin job of boosting their businesses as well as satisfying the political needs of some political parties.

In this vicious environment, both the soldiers and the civilians are losing out, the only winners are the corporate media houses.

A homogeneous public discourse is always a dangerous discourse which always ends up in the path of ‘Might is Right’. But as a mature nation @70, Indian citizens need to understand that ‘Might need not be always right’. Silencing the other discourses through threats, insults, abuses and physical intimidation are not the signs of mature democracy which is shredding away its tradition its old tradition of informed discussions and debates, as well as giving spaces to all kinds of opinions, no matter where they match with our thoughts or not. But liberal ideas are seen with a deep disrespect these days as the liberals are called ‘libtards’ by these anchors and their blind supporters.

Disagreements are a part and parcel of a good democracy, it used to be a big part of our democracy where people were ready to “agree to disagree” with each other. People searched for middle grounds for conciliations and move forward together with each other. Prime time news anchors with vitriolic agendas are trying to distort the character of public debates. Every time an anchor starts losing a debate, he/she hides behind their usual catchphrase “the soldier is standing at the border”.

Yes, the soldier is there but who made these news anchors the custodians of patriotism and nationalism? A journalist is called the gate-keeper of a society, and he/she should remain so. In this vicious environment, both the soldiers and the civilians are losing out, the only winners are the corporate media houses. There is no animosity or feeling of hatred between our army and any group, individual or an institution.

These days even retired army generals and jawans who don’t take a particular line of thought are abused on social media and are criticized by prime time anchors. What does this mean? It means precisely that even soldiers in general don’t matter to them, only those matters who take their line of thought. Rest all others can be put into the category of ‘Anti-Nationals’.

One thought on “Does the life of a soldier really matter to prime-time news anchors?”