Dilemma of Trump’s Grand Strategy and its Immediate Repercussions 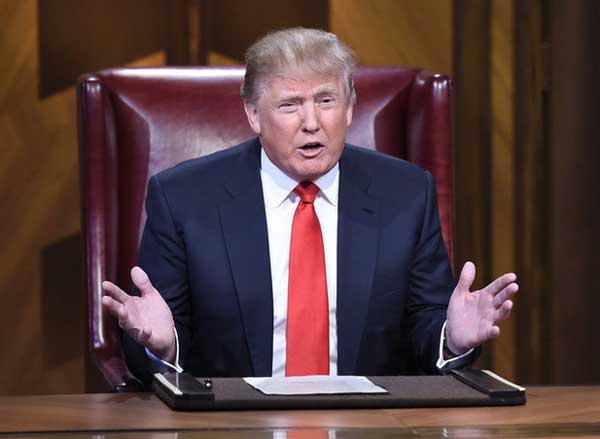 Last few days have been very chaotic for international community. The first fortnight of the Trump government have been memorable not only for the Americans but equally so for international community. His decisions which included banning entry of citizens from seven Muslim majority countries to introducing a bill in the US House of Representatives for H1-B visa programme which allows US companies to employ foreign workers in specialty occupations have far reaching impact. Other significant development has been from Pakistan where in Jamaat-ud-Dawa (JuD) Chief Hafiz Saeed was put under house arrest.

Taking cue from US, in another embarrassing development for Pakistan, Kuwait, a staunch US ally in the middle east also suspended visa for five nations including Pakistan, Syria, Iraq, Afghanistan and Iran.

On January 27, on the pretext of making America safe again, Donald Trump referring to 9/11 and the threat of “radical Islamic terrorists” issued an Executive order which stopped the admission of refugees from Syria indefinitely and further banned entry of all citizens from seven countries including Iraq, Syria, Iran, Sudan, Libya, Somalia and Yemen.

An official with the Trump administration hinted that the recent suspension imposed on travel from seven Muslim countries might be extended to other countries, including Pakistan.

Experts are of the view that extreme vetting of travellers from Afghanistan and Pakistan has already been ordered and a complete ban on them is not being ruled out. The registration of the Muslim population in the US is also reportedly under consideration.

Taking cue from US, in another embarrassing development for Pakistan, Kuwait, a staunch US ally in the middle east also suspended visa for five nations including Pakistan, Syria, Iraq, Afghanistan and Iran.

As per the reports, Pakistan authorities on 31 Jan 2017 placed Jamaat-ud-Dawa (JuD) chief Hafiz Saeed under house arrest. Hafiz Saeed , a master mind of 2008 attacks on Mumbai that killed 166 people is the man having a US bounty of $10 million for his alleged role in the attack in which six American citizens were also killed.

When asked by reporters about this episode, Director General of the Inter-Services Public Relations (ISPR) Maj Gen Asif Ghafoor sheepishly said that the decision to place Hafiz Saeed under house arrest is entirely their own decision and denied the role of any foreign pressure.

It’s not very clear whether Trump administration forced Pakistan to rein in Hafiz Saeed, but it is sure that Trump factor has played a crucial role in detention of Hafiz Saeed.

What amazes analysts is that despite being designated as a terrorist by the United Nations, terrorist leader Hafiz Saeed roamed around freely without any restrictions and continued to spit venom against India and other Western nations in public rallies across the length and breadth of Pakistan.

The detention of Hafiz Saeed is mere symbolic. We have witnessed such similar deceptive actions against the LeT leadership and its sister network by the Pak establishment in the past.

World clearly understands that merely putting International terrorist like Hafiz Saeed into house arrest and not taking any credible action to bring him to book is just a hogwash and a desperate attempt to score some brownie points with the new Trump administration.

In an effort to restrict inflow of foreign workers, a legislation to amend H-1B visa programme has been introduced in the US House of Representatives. The tech community world over is outraged over this proposal. Proposal will also adversely impact big US multinational companies like Microsoft, Facebook, Amazon, Apple etc in employing skilled manpower from other countries.

The concern may seem genuine for the shorter time but in the long run, India as a country is likely to benefit as this will curb the brain drain and these technical minds will contribute in the development of the nation.

Before one discusses about the pros and cons of visa ban proposal or the Implications of this on India, let us understand what is H-1B visa? The H-1B visa is a non-immigrant visa that allows US companies to employ foreign workers in specialty occupations that require theoretical or technical expertise in specialised fields. Under the H1-B visa programme, US-based companies hire highly skilled foreign workers, up to a maximum of 85,000 a year. Of these 65,000 are hired abroad and 20,000 from among foreign nationals studying in the US.

Responding on the issue, Infosys co-founder N.R.Narayana Murthy said that Indian software companies must recruit American residents in the US, Canadians in Canada, British people in Britain etc. That’s the only way, Indian firms can become a truly multi-national company and in order to do that, Indian firm should stop using H1-B visas.

There have been concerns in Indian IT companies like Tata Consultancy, Wipro and Infosys due to this proposal as they rely on this facility to insert talent from India on much lower cost. Now, these firms would have to hire American first making hiring more expensive.

The concern may seem genuine for the shorter time but in the long run, India as a country is likely to benefit as this will curb the brain drain and these technical minds will contribute in the development of the nation. It will surely serve as catalyst for their transformation into global players.

All the actions taken by him (Trump) seems erratic but is part of his promises made during election campaign and his “America First” grand strategy.

If one H1B visa curb shakes the edifice of Indian IT companies then it is a poor reflection of their inherent capability and shows the fundamental weakness.

US have been the sole super power in the world for multiple reasons and the prominent amongst them has been its ability to attract more than its fair share of bright entrepreneurs, scientists, engineers and artists from across the world. So many bright people left their own countries and contributed in making US a super power.

Now the Trump’s grand strategy which is at odds with longstanding traditions of American policies poses an acute threat to this attractive Brand called USA.

The jury is out to predict the impact of Trump policies on international affairs but one thing is sure that after a long time, we see a leader who is walking the talk. All the actions, (palatable or unpalatable) taken by him seems erratic but is part of his promises made during election campaign and his “America First” grand strategy.