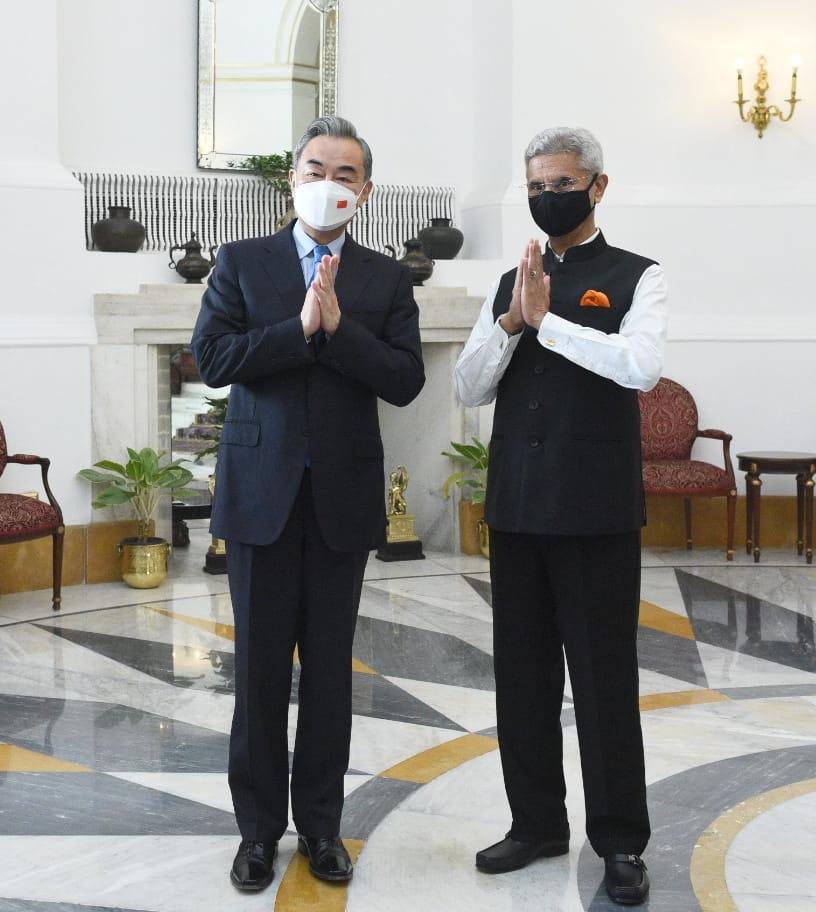 “Welcoming the unwelcome” is how a TV news channel headlined the 24-hour stopover by China’s foreign minister in the Indian capital last Thursday-Friday. While the Indian foreign minister and the NSA, the two top officials who met with Wang Yi, told the visitor “no business as usual without China disengaging its troops.” The self-invited visitor did not at all utter a word on the continuing border standoff. For, his agenda was not bilateral relations.

What was extraordinary about the India-China border war six decades ago?Among all other things, it was the result of shocking “miscalculations” by the losing side – and it was all so unnecessary. Let us fast forward to June 2020, to the unfortunate – and once again unnecessary – border skirmishes in Galwan Valley resulting in a large number of fatalities. Commenting on the violent face-off on the border between the two unfriendly neighbours, a Singapore-based researcher recently observed: “[Though] Diplomatic efforts are going into overdrive, but a series of suspicions and perceptions on both sides may see the China-India border conflict escalating even higher.” Fortunately, that seems unlikely.

Speaking of miscalculations or misperceptions if you may, there is a disturbing similarity between the border war sixty years ago and the border face-off two years ago: in both situations, India miscalculated China would launch an attack. On what happened in October 1962, a leading Indian news weekly observed thus: “The belief of not ever being attacked by China did not let the Indian army prepare and the result was the first border war between the two neighbours.” On the violent military clashes in June 2020, an influential Indian strategic affairs expert pointed out how India miscalculated the Chinese “aggression”: “During the Covid lockdown in India, China took advantage of the situation to infiltrate key border areas in Ladakh region.” Likewise, another report stated India’s Modi government failed to foresee China’s aggression in the Himalayas, leading to the prolonged border standoff between Indian and Chinese troops in Ladakh.”

India-China relations are worse than at any time since the restoration of normal diplomatic relations following the 1962 war in the late 1970s. But unlike in 1962, or soon thereafter, what is being viewed as extraordinary by most observers in both India, China and beyond is, as a result of the Chinese aggression on the Indian border this time round, India is moving closer to the United States. As Brahma Chellaney, noted geostrategist (cited above), has observed: “China might have gained territory in Ladakh, but it has pushed India closer to Washington. China is making a permanent enemy of its largest neighbour.” But in utter miscalculated way, one of India’s most articulate voices in the matters of foreign affairs, Member of Parliament Mr Shashi Tharoor, until recently Chairman of the Parliamentary Standing Committee on External Affairs, in his column in the SCMP claimed: “Driving India into the arms of the US is a risk China is willing to take.”

Perhaps unaware of Tharoor’s imprudent observation, a Singapore-based Indian researcher pursuing specialisation in India-China relations, too misread the Chinese mind and stated: The PLA views India’s growing military cooperation with the United States with some concern but generally does not consider India a major threat. Such gross “miscalculations” emanate either from a lack of awareness of the political discourse in China, or from complacency derived from the I-know-all attitude. For, there has been enormous literature available in China telling us how in the aftermath of the 72-day long Doklam standoff, China’s IR (International Relations) discourse underwent a fundamental change. And also revealing in the process a growing realization in Beijing that not Japan but India was the second biggest potential threat to China’s “peaceful rise” after the United States.

Not surprisingly, the Indian experts and policy makers have once again embarrassed themselves in miscalculating or misreading if you may, the purpose of the foreign minister’s previously undisclosed stop-over in the Indian capital. By most media accounts in New Delhi, Wang Yi’s sudden visit was aimed at diplomatic outreach and to seek reduction in tensions along the Himalayan border and to revive the bilateral dialogue with India.To be fair, there were speculations that the visit “is more to do with the geopolitical turmoil in the wake of the Russian invasion of Ukraine than the bilateral ties.” However, it became crystal clear from the statements issued by the foreign ministers from the two countries after their only meeting lasting for three hours, Wang Yi was in Delhi not at all to break the thaw in what is perhaps the longest border standoff between the two neighbours.

On the other hand, though experts in China too described Wang Yi’s one-day New Delhi stay as unscheduled and “a surprise,” they were at least fully aware of the agenda(s). Namely one, to convey to people in China that there are other world powers too, like India, who have been supportive of Russia in the war on Ukraine; two, as the Russian war rages on, to gauge what is the mood in New Delhi as regards the US/Western sanctions on the Kremlin; three, the Indian side is too rigidly fixated on first resolving the border dispute. As observed by Liu Zongyi, a widely influential and respected India expert in Shanghai: “The border issue is only an issue in bilateral relations. It should not become a  bargaining chip for India to coerce China”; four, as explained by Zhao Gancheng of the Shanghai Institute of International Studies, one of the unstated purposes of Wang Yi’s visit to South Asia is “to seek support of the countries in the sub-continent and to find out where India stands on Ukraine”; last but not the least, and perhaps most important of all, Wang Yi was on “self-invited” visit to New Delhi to attempt to create a wedge between India and the US, and also exploit India’s different position within Quad nations – reluctance in condemning Russia.

Finally, New Delhi would be miscalculating big time by assuming,unlike in Doklam standoff five years ago, China would give in to India threat this time too, that is, if New Delhi chooses to do so, to boycott the BRICS summit this year, of which China is the host nation. As if having already anticipated, several Chinese experts have been emphasising recently, “wisdom only comes through experience.” Or meaning what the age-old adage in English says: once bitten twice shy. Not surprisingly, a Chinese expert has already cautioned India on boycotting BRICS: “India should not think that China’s hosting of the BRICS summit this year is an opportunity for India to put pressure on China and solve the border issue in a way conducive to New Delhi.”