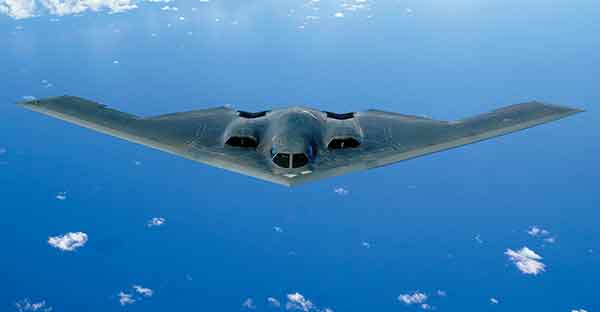 Stealth technology really matured with the development of the fifth-generation fighter aircraft, the F-22 Raptor…

During the Cold War era of the 1950s, the Lockheed U-2 spy planes of the United States of America (USA) were undertaking photo reconnaissance missions regularly with impunity in the airspace over the Soviet Union. Tasks assigned to these aircraft included monitoring the progress in the development of missile test sites, key infrastructure, nuclear installations, military establishments and communications facilities.

Even while flying at extremely high altitudes well in excess of 100,000 feet above sea level, the U-2 spy planes were visible to the ground-based air defence establishments in the Soviet Union. Despite the fact that these spies-in-the-sky aeroplanes were not flying at very high speeds, they were still relatively immune to enemy action as they remained well outside the operational envelope of Soviet interceptor aircraft and the surface-to-air missile batteries.

However, the US was fairly certain that the Soviet Union would soon catch up and develop the capability to intercept and shoot down the high flying American spy planes. Hence, the foremost challenge before the American defence scientific community was the urgent need to develop a technology to reduce the vulnerability of military aircraft first by reducing the possibility of their detection by enemy radar while operating in hostile airspace. 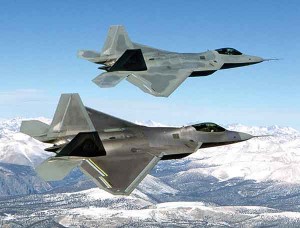 Thus, it was that in the late 1950s, defence scientists in the US embarked on the development of “stealth technology” as was relevant to airborne military platforms to obviate the possibility of detection of the aircraft by ground-based air defence radars. But the endeavour was somewhat late to take off and the pace of development of this new technology was initially very slow.

Consequently, disaster struck on May 01, 1960, when a Lockheed U-2C that had got airborne from a secret airbase near Peshawar in Pakistan for an espionage mission over the Soviet Union, was successfully intercepted and brought down by a salvo of first of the newly developed SA-2 Guideline (S-75 Dvina) surface-to-air missile system fired by the Soviet air defence establishment. Also shot down along with the U-2 piloted by Francis Gary Powers, a pilot employed by the Central Intelligence Agency of the US, was a Soviet MiG-19 fighter aircraft that was sent up to track and pursue the U-2. Undoubtedly, downing of the U-2 was not only embarrassing but also traumatic for the US, a sentiment that provided further impetus to the US effort at the development of stealth technology.

To understand the fundamentals of stealth technology, it would be necessary to recapitulate the principle on which a radar system works. The mechanically rotating or fixed phased array antenna of the ground based radar transmits a beam of radio waves that are reflected by any object that comes in its path. The intensity of the reflected wave varies with the nature of the reflecting surface. A conventional all-metal aircraft with fuselage generally of rounded shape for better aerodynamic efficiency provides an excellent surface for the reflection of the transmitted radar waves.

Based on the time taken for the reflected wave to arrive back at the ground based radar antenna, the radar system pin-points the position of the aircraft and displays it as a “blip” on the radar screen. Thereafter, the radar tags and tracks further movement of the target aircraft so long as it remains within the range of the radar.

While ground-based radars enhance aviation safety under normal circumstances, in the case of overt or covert military operations, it makes an aircraft on a mission into hostile airspace highly vulnerable to enemy air defence weapon systems. It would be obvious from the above that in order to build in stealth characteristics in an aircraft, ways have to be found to prevent reflection of radar waves by absorbing the radar waves striking the aircraft through the use of appropriate material in the construction of the airframe or by painting the outer surface of the airframe with radar wave electromagnetic energy absorbing material which is generally believed to be silicon-based inorganic compound. 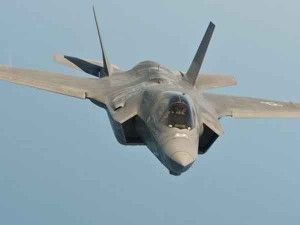 Reflection of radar waves can also be prevented by shaping the airframe in such a way that the radar waves are not reflected but in fact deflected and are not able to reach the ground based radar receiver. This is achieved by designing the airframe largely with flat surfaces and sharp edges that deflect the radar waves away from the ground-based radar antenna. Another design feature that can reduce radar cross section of the aircraft is carrying bombs and missile loads internally and not slung under the wings. As weapons carried externally reflect radar waves and as it is practically impossible to make weapons stealthy, it is far more expedient to carry weapon loads in internal bomb bays designed for the purpose and to be opened only at the time of release of weapons.

These methods would successfully ‘blind’ the radar. Thus, stealth technology is based on a combination of materials used in the construction of the airframe as also its unique design features that help minimise reflection of radar waves. However, as of today, even with the best of stealth technology developed so far, it has not been possible to totally eliminate the reflection of radar waves to make the aircraft invisible to the radar and prevent the ‘blip’ from appearing on the radar screen.

A stealth aircraft like the F-117 Night Hawk Stealth Fighter that was employed extensively in the First Gulf War would have a radar signature of an aeroplane the size of a small bird. In any case, stealth technology cannot neutralise optical methods of detection.

Engines on stealth aircraft are located deep inside the fuselage as can be observed on stealth aircraft such as the Northrop Grumman B-2 Bomber, the Lockheed Martin F-22 Raptor the only fifth-generation combat aircraft currently operational and the Lockheed Martin F-35 Joint Strike Fighter Lightening II. The exhaust gases exit the fuselage at a much lower temperature thereby reducing the size of the thermal image. The F-117 also has devices to deflect the exhaust gases.

One thought on “Developments in Stealth Technology”

Producing a World-Class Helicopter: India needs to Develop a Strong...

In a significant regional political initiative, Indian Defence Minister Rajnath Singh will engage with a conclave of defence ministers from the IOR (Indian Ocean Region) nations on the sidelines of Aero India 2021 to be held in Bengaluru on February 3. According to a senior defence ministry...