Design and Construction of Warships

The issues discussed in this article are globally relevant: they are more specific to the Indian Navy and warship design and building in India.

The tides of change that are sweeping India and the globe have presented many challenges as well as opportunities for the future. Rather than let ourselves be swept away by the changes, we, the warship designers and builders have to proactively manage these changes with vision and adaptability. Taking stock of the challenges that face the warship designers and builders the article finally presents the recommended strategies for the future.

World over the theaters of action are moving from the blue waters to the littoral seas. Navies are facing conventional as well as asymmetric threats.

The glorious maritime past and rich shipbuilding tradition of India dates back to as early as 2300 BC. However, in the beginning of the 16th century our control over the seas started diminishing with the invasion by the Portuguese in the end of the 15th century and thereafter the British East India Company in the 17th century. The East India Company had set up factories and a shipyard for repairing and building ships. In 1735 the shipyard was shifted from Surat to Bombay, which is now the Naval Dockyard (Mumbai). During the course of the next 100 years this yard built not less than 115 war vessels and 144 merchant ships, including 84 gunships for the Royal Navy. The Indian ships were superior to the British built ships, prompting the Admiralty to place orders on Bombay. This provoked the historical strike among the Thames Shipbuilders.

The early Indian Naval fleet consisted mainly of squadron of ships deployed from the Royal Navy. Post-independence, the first Chief of Naval Staff, Sir Mark Pizey floated the ten-year replacement plan of the Indian Naval ships in 1951, which also envisaged building of minor naval vessels. The Directorate of Naval Construction was formed in Oct 1954 with Capt L Kirkpatrick as the first DNC. The DNC was established to take care of all aspects of naval construction and act as a nodal agency at Naval Headquarters, for the acquisition & induction of all ships from abroad. To complement warship building with indigenous capability for warship designs, the Corps of Naval Constructors was formed in 1956. Subsequently, the Central Design Office (CDO) was set up in 1964 for carrying out full-fledged design work. This Central Design Office emerged as the Directorate of Naval Design in 1970 to form the nucleus of all warship design activities in the country and was subsequently upgraded to be headed by a Director General Naval Design (DGND), in 1976. The three pioneers Padma Shri S Paramanandhan, Shri SS Dotiwala and Shri VS Dhumal, were the first three Naval architects of the Navy who have been the founding architects of Naval Construction in India.

No nation or organisation can survive if it is resting complacent and adapts only to incremental changes. What is required is a whole and sensible transformation to cope with the rapidly evolving environment.

Warship building in Independent India was ushered in with the license production of the Leander class frigates in the early sixties at the Mazagon Dock Ltd. Six ships of the class were built and delivered between 1972 and 1981 with the last two of the class undergoing extensive design

modifications for accommodating the organic Sea King helicopter. This modification was carried out by the Indian Naval architects and these ships then became the smallest platforms in the world to carry such large helos. With a modest beginning of designing ocean going Tugs, LCUs and SDBs in the sixties, the navy’s design organisation embarked on the design of the Sandhayak class survey vessels and eight ships were built and delivered to the navy. These ships serve as the workhorses of the navy for hydrographic survey operations. In the seventies, the navy’s design organisation embarked on the first warship design – the Godavari Class frigate and three ships were built and delivered to the navy. The highlight of the design was the use of the same propulsion plant of the smaller Leanders to drive a larger hull with 1000t more displacement to give a slightly better top speed performance. 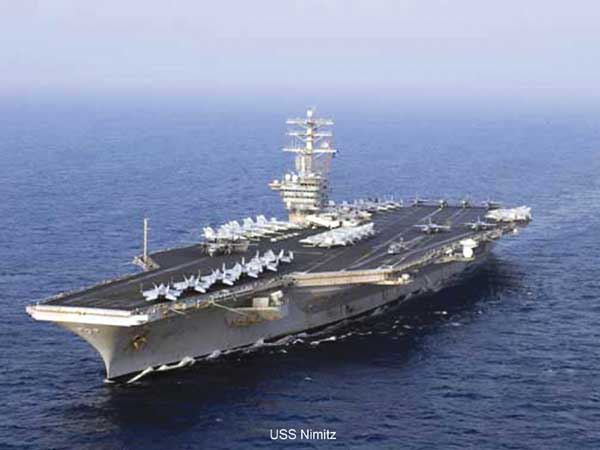 Our three defence shipyards – Mazagon Dock Ltd, GRSE Kolkata and Goa Shipyard Ltd have, despite several trials and tribulations, successfully given form to the designs of the Navy. Realisation of these designs would not have been possible but for the dedication and steadfast commitment of our shipyards. 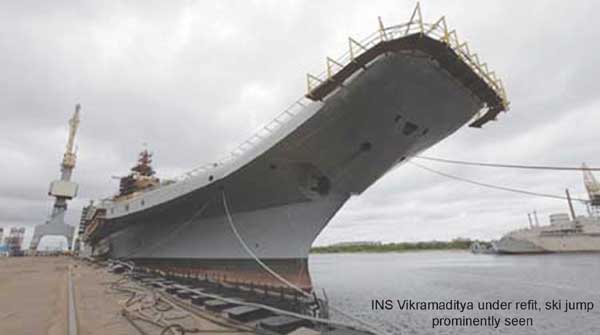 In the late eighties and the early nineties there was a lull in indigenous design and construction activity due to lack of funding for new projects. However, after obtaining a sanction for design in 1995, the design of the P-17 class stealth frigates was progressed. Three ships of the class – Shivalik, Satpura and Sahyadri are under construction at MDL, Mumbai and are expected to enter service by end of this decade. The P-17 design marks a watershed in the design history of the navy. This design embodies several new design concepts, and enhanced survivability features to meet future requirements. With the designing of the P-17, the naval design organisation acquired the capabilities for “stealth” designs. This has also benchmarked the design strategies and design procedures for future projects. The navy’s design organisation is also engaged in the design of the P-15A class destroyers, which are a follow-on of the successful Delhi class but with improved stealth features and updated weapons and sensors. Three ships of this class are under construction at MDL, Mumbai. Besides the above the design organisation is engaged in the design of P-28 class ASW corvettes of which four ships are on order on GRSE, Kolkata.

Inspired by the successful track record of designing 17 classes of ships to which about 80 vessels have been built and delivered to the navy, the government accorded sanction for indigenous design and construction of the aircraft carrier. This vessel is being designed by the navy’s design organisation (DND) for building at the Cochin Shipyard Ltd.

There has been a significant growth in the ancillary industry base over the last few decades to support the growing warship building in the country. We are indeed proud that the indigenous content of our warships has gone up to over 75%. The last few years has also seen the private sector joining the fray for indigenous development of weapon systems.

The world is now passing through many tides of change. The changing geo-political and geo-economic scenarios are redefining global relationships and strategic alliances. The emerging economies owing to their growing political stature are having to cope with added dimensions of their defence strategies and foreign policies. World over the theaters of action are moving from the blue waters to the littoral seas. Navies are facing conventional as well as asymmetric threats. There is also the need for cooperative joint operations with international maritime forces to serve the diplomatic initiatives of the government as well as participate in joint disaster relief operations. The rapidly changing technology has brought in its wake a host of possibilities, which if ingeniously exploited can help build cost effective warships in enviable timeframes with tremendous flexibility of roles.

Inspired by the successful track record of designing 17 classes of ships to which about 80 vessels have been built and delivered to the navy, the government accorded sanction for indigenous design and construction of the aircraft carrier.

Against the above backdrop no nation or organisation can survive if it is resting complacent and adapts only to incremental changes. What is required is a whole and sensible transformation to cope with the rapidly evolving environment.

In realisation of the above facts, the Navy has voluntarily indoctrinated a “Vision for Transformation”. The major aspects of the vision relevant to warship design and construction are as follows:

In a nutshell, the navy’s vision enjoins us to recognise the full spectrum of operations of our future warship and focus on best exploiting the available technology through partnership with industries to produce cost effective warships with considerable flexibility in attractive timeframes.