Home  >  News  > Homeland Security  >  Depoliticizing Kashmir is the way out

Depoliticizing Kashmir is the way out 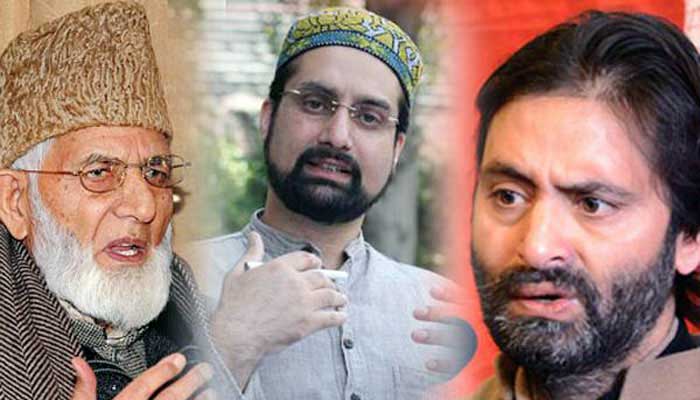 Upturning of a plethora of Kashmir political rubble accumulated over seventy years is the sum and substance of Governor’s recent interview to some pressmen. It is for the first time that the Governor has demystified the inscrutable facade of Kashmir politics.  Some commentators will call it a browbeating. Unfortunately most of our Kashmir watchers in the media are not well informed on the psyche of the Kashmiris and would like to evaluate in terms of true democrats only or through their ideological prism.

Nehru, the “democrat” hardly realized that taking away Kashmir from the hands of a benign autocratic Maharaja, he handed it over to a malignant dictator.

Even the resolute opponents in Kashmir have been often heard saying that anti-India hatred of Kashmiris runs through local political parties. “We never see India in Kashmir and we see only the National Conference goons everywhere”, has been the refrain of their complaints. Nehru, the “democrat” hardly realized that taking away Kashmir from the hands of a benign autocratic Maharaja, he handed it over to a malignant dictator. A consensual decision of his cabinet would have been far more pragmatic in character and realistic in spirit if he had cared to be really a democrat.

For nearly seven decades, the Congress nurtured Kashmir valley psyche on appeasements, incentives, special packages and bundles of chocolate packages to be licked, sucked and swallowed by its profligate beneficiary, the NC.  Grandfather, father and grandson, each at his turn and in his own way mastered the art of bullying, blackmailing and intimidating. The trio played the valley’s religious majority card with unmatched deftness and impunity. True, the National Conference always kept Jamaal-i-Islami at an arm’s length not necessarily because of any cognizable ideological differences but because Sheikh Abdullah had already parted his ways with the pro-Islamists and pro-Pakistanis of Muslim Conference and was in no case prepared to play the second fiddle to anybody. He managed to get his dictatorial handling of the state legitimized by manipulating 73 out of 74 elected seats in the State Constituent Assembly (mostly by getting maximum candidates disqualified for one or the other reason).

The one act in which valley political parties vied with one another was to do the lip service to the finality of Kashmir’s accession to India. The Himalayan blunder committed by Indira Gandhi was that of recalling the Sheikh to his second tenure in 1974. The ignominious defeat of Pakistan in Bangladesh war had shattered the pro-Pak elements in Kashmir. The Sheikh realized that the time for repeat of 1953 hogwash had gone, and as he himself said his years out of power were nothing but “ awaragardi.”

Instead of standing up to this lethal threat like a brave and patriotic soldier, Farooq Abdullah dismissed his cabinet and left the endangered people of the valley to their fate.

Post  Bhutto’s execution in Pakistan, anti-Jamat riots in South Kashmir by NC goons was not for any real sympathy for the executed Pakistani leader. It was more an expression of scuttling a chance for a high profile leader who had declared that Pakistan would eat grass but make the atom bomb. The Sheikh was more than happy to have been approached by al-Akhbarat, the Saudi secret agency, for rapprochement with the Jamat. The reason why the Sheikh had allowed his party goons to assault the Jamatis in South Kashmir was that the Jamatis, having massively infiltrated into the ranks of Plebiscite Front during the twelve year period when the Sheikh was out of power, had begun to dictate terms to him when he assumed power for the second time in 1974.

This was the beginning of ISI and Al-Akharat massive infiltration into more vulnerable valley-based sections of Muslim society, particularly the rural Kashmir. Allah wale were largely entrusted with this mission and its propagators chose village mosques and gullible village people as the instruments for their strategy. The Sheikh accompanied by a large group of close relatives and advisors chartered a plane for Umra where he met and interacted with Awan, the Pakistani ISI chief and the sister of Saudi monarch, the then key  figure of al-Akhbarat. It is the same lady who had spent a couple of months in total secrecy in the house of a leading businessman in Rajbagh, Srinagar.

Thus the foundation stone of internal subversion, the brain child of the Sheikh was laid. The regimes following the demise of the Sheikh had a clear roadmap before them. After 1987 fraudulent elections, ISI found it unavoidable to dislodge the NC-Congress government in J&K. Dr. Farooq, the then Chief Minister looked aside when he found his party seniors disposed to embrace the terrorists and empathize with their agenda of pogrom of the Pandits and disruption of law and order.  Instead of standing up to this lethal threat like a brave and patriotic soldier, he dismissed his cabinet and left the endangered people of the valley to their fate. He landed in UK to play golf and his former members of the council of ministers that had been dissolved, ran away to Jammu where they occupied government bungalows and engaged the Jammu police to guard them. Kashmir was left to burn and the Pandits were dragged to the crucifixion.

From 1990 onwards, only the writ of the terrorist leadership was running in the valley.

As terrorists reached each nook and corner of valley Muslim society to strengthen their logistic support, the mainstream party cadres viz.,  NC, Congress, DNC, Jamati Islami, Jamat-i-Ahli Hadith, Youth Organization, Jamiat-e-Tulaba, the remnants of Al Fath and Plebiscite Front and the rest of them vied with one another in fraternizing with the terrorists individually as well as on organizational level. From 1990 onwards, only the writ of the terrorist leadership was running in the valley.

PDP, the brainchild of Mufti Saeed was born from the womb of terrorism. Late Mufti managed to reach the terrorists via Jamat-i-Islami. PDP had the clear agenda of Islamization of Kashmir in line with the agenda of the Pakistan–based prominent militant organizations as well as the ISIS. The reason why Mahbooba could win barely 2 per cent vote in the parliamentary election of 2019 is that the Jamat-i-Islami in South Kashmir had declined to support her for her failure in prompting New Delhi for talks with Islamabad.

After the landslide victory of the BJP in parliamentary elections of 2019, all mainstream as well as obscure political parties in the valley rushed to join the mahasangathan of the all India opposition and found freedom of talking openly their communal and pro-Pak agenda. Dr. Farooq had no qualms of conscience declaring that he would walk in the footprints of Hurriyat and Mahbooba threatened there would not be a single hand in Kashmir to hold the India tricolor.

In truth the people of Kashmir have seen the dawn of freedom not on 26 October 1947 but on 5th of August 2019 after passing through the darkness and travail for 72-long years.

In this scenario in which the local Kashmir valley Muslim leaders had taken for granted that a theocratic J&K state was nearing formation, the India State had to make a benign show of what is technically called the Might of the State. It is evident beyond an iota of doubt that Kashmir valley politicians are the scourge for her teeming masses as they were one and all engaged in looting the state exchequer and leaving the millions to a fate of destitution.

Modi has cut off the hand that stifled the throat of 1.20 crore people of the three regions of the erstwhile State. In truth the people of Kashmir have seen the dawn of freedom not on 26 October 1947 but on 5th of August 2019 after passing through the darkness and travail for 72-long years.

The communally oriented dynastic dictatorship is buried deep for all times to come. How much determined is the government of ensuring peace, law and order in the Union Territories of J&K and Leh will be understood from the recent explicit and unequivocal statement of the Governor to a press reporter. The might of the state can be benign as well as malignant depending on how foolhardy the miscreants want to be.

One thought on “Depoliticizing Kashmir is the way out”