Defexpo 2012: India on a Growth Trajectory in Defence Industry 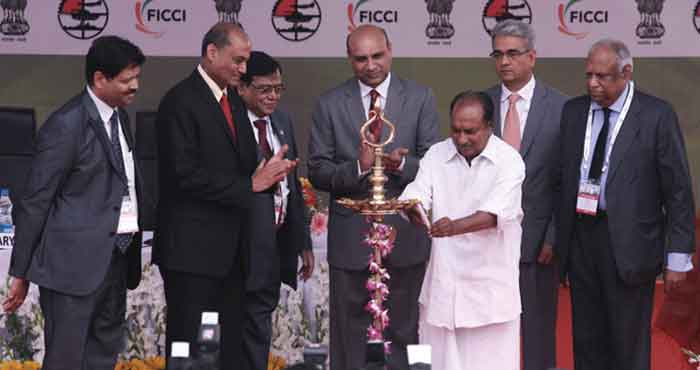 Defence Minister AK Antony lighting the lamp to inaugurate the DEFEXPO 2012 along with the Minister of State for Defence, Dr MM Pallam Raju and other dignitaries

Estimates are that India will continue to be a huge arms market and over the next decade, the government is likely to spend $250 billion to procure weapons and systems. Of the total estimate, $20 billion is expected to be spent on Homeland security. The IAF alone is expected to invest over $80 billion in the next five years to restore its combat potential through capital acquisition of fighter aircraft and other allied weapon systems. The Defexpo is undoubtedly set to grow in the years ahead driven essentially by the growing demand for weapons and other systems to meet with the needs of national security.

The seventh in the series of biennial exhibitions, the Defexpo India 2012, was held at Pragati Maidan from March 29 to April 01 this year. The event was organised jointly by the Defence Exhibition Organisation under the Department of Defence Production of the Indian Ministry of Defence (MOD) and the Federation of Indian Chambers of Commerce and Industry (FICCI). Unlike the Aero India Air Show held at Bangalore, Defexpo is focussed largely on Land, Naval and Internal Security Systems as also business activity encompassing manufacturers, suppliers and those providing technology and services.

Almost all the leading players of the global defence industry were present to showcase their latest products and capabilities.

The primary objective of the event was to provide a platform to bring together the best in the global defence industry for interaction between Indian and foreign companies engaged in defence production. The exercise provided an opportunity for the projection of the capabilities of Research & Development as also that of production in India in the regime of defence hardware and software. It also provided opportunities for participants to initiate dialogue to explore avenues for collaboration, joint ventures, new market opportunities and ways to synergise their efforts.

Almost all the leading players of the global defence industry were present at the exhibition to showcase their latest products and capabilities. The first such exposition was held in 1999 wherein there were fewer than 200 companies participating. This was followed by the second one in 2002 and every two years thereafter. 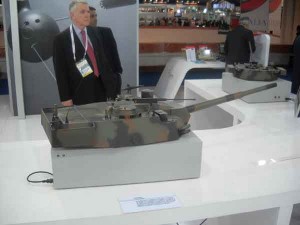 In the seventh edition of the exhibition, there were 567 companies participating as compared with the 412 in the previous show two years ago. This time, a total of 15 countries had established their pavilions; there were 63 official delegations from overseas, 14 of them headed by Ministers. Overall, there was a 15 per cent increase in the display area and the event was patronised by over 60,000 business visitors. Clearly, India is embarked on a growth trajectory in the defence industry and has become an attractive destination for investment, a trend that was clearly attracting international attention as evident from the response witnessed this year. The exhibition has been generating growing interest from the defence industry around the world and has carved a niche amongst such major global defence expositions.

Clearly, India is embarked on a growth trajectory in defence industry…

The exposition hosted visitors from organisations such as Indian defence industry, Indian private sector industry, government departments, manufacturers, suppliers, dealers of defence products/equipments/ services from India and abroad, defence attaches in India from over 50 countries, serving officers from the Indian Army, the Indian Air Force (IAF) and the Indian Navy, senior functionaries from the Indian Coast Guard, Para Military Forces and the Police.

The four-day event was formally inaugurated by A K Antony, Minister of Defence. Accompanying him on the dais were Dr M M Pallam Raju, Minister of State for Defence, Shashi Kant Sharma, Secretary MOD, Shekhar Agarwal, Secretary, Defence Production and R V Kanoria, President, FICCI. The utterances at the inaugural function by the dignitaries on the dais were in the nature of routine and formal rhetoric and merely reiterated all that had been said in the past. In terms of content, there was nothing new or exciting especially for the participants from abroad.

Delivering the usual sermon about transparency in defence transactions, Antony stated, “India has always been recognised as a responsible power and a stabilising factor in this region, in the face of various security challenges originating from different sources around us. India has traditionally been a peace-loving nation. However, we have to be ready to meet any challenge to our territorial integrity and sovereignty.” The Minister of Defence drew the attention of the audience to the thrust by the government towards the development of indigenous capability and self-reliance in the defence industry. He referred to the policy changes that had been promulgated some time ago in respect of fulfilment of offset obligations and pointed out that offset banking was now permissible and that the scope of investment under this scheme had been expanded to include civil aerospace, internal security and training.

In his address, Dr M M Pallam Raju, the Minister of State for Defence stated, “The government is in the process of finalising the 15-year Long Term Integrated Perspective Plan (LTIPP) for the Armed Forces to facilitate planning of investment in the defence sector by the domestic sector of the industry including Research and Development, technology upgrades and collaboration with foreign industry partners to meet the future requirements of the armed forces.” Shekhar Agarwal, Secretary – Defence Production rattled out statistics on how Defexpo had been growing from strength to strength since its inception 13 years ago. While delivering the vote of thanks, R V Kanoria, President – FICCI, exhorted the private sector to rise to the occasion, seize the opportunities available in this sunrise sector and thereby contribute effectively to strengthen India’s defence industry. 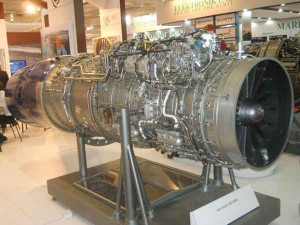 Dubbed by SIPRI, the Swedish think-tank as “the world’s largest arms importer”, India has understandably become a favourite destination for the global defence industry. This was manifest at the Defexpo 2012 where global defence industry majors were present to sell their tanks, unmanned aerial vehicles, submarines, aircraft, howitzers, futuristic infantry combat vehicles, missiles, infantry weapons and support equipment. What enhances their comfort levels is that India has not been able to build up a strong defence-industrial base and hence is likely to continue to be the world’s largest arms importer in the foreseeable future. And self-reliance in defence industry will continue to remain a distant dream for India.

Twenty of the leading companies from the American military-industrial establishment were present at Pragati Maidan to showcase their products and services at the US International Pavilion. Covering an area of 800 square metres, the US pavilion was occupied by exhibitors representing ten American states of which more than half were new to the show. The US-India Business Council (USIBC) was present at the Defexpo with the largest industry delegation designated as an Executive Mission led by General Paul J Kern (Retd), Senior Counsellor, The Cohen Group and Vice Admiral (Retd) Kevin J Cosgriff, Senior Vice-President, International Business & Government, Textron Systems.

There were 567 companies from 15 countries and 63 official overseas delegations.

The USIBC was constituted in 1975 at the request of the governments of India and the US to involve the private sectors of both countries to advance two-way trade, enhance investment flows and deepen commercial ties between the two nations. Today, the USIBC is the premier business promotion association consisting of 350 of America’s and India’s top companies engaged in pursuing the objectives of the umbrella organisation. Sales of defence equipment to India have progressively risen from around $200 million in 2001 to over $12 billion today. The level of leadership of the high-powered delegation signalled the strengthening strategic partnership and the expanding global security relationship between the two democratic nations.

Described as, “the single largest industry delegation to the show”, it included senior executives representing America’s top defence companies including ATK, BAE Systems, The Boeing Company, The Cohen Group, DuPont, General Dynamics, Harris, Honeywell, ITT Exelis, L-3 Communications, Lockheed Martin, Navistar Defence, Northrop Grumman, Oshkosh, Pillsbury Winthrop Shaw Pittman LLP, PwC, Raytheon, Rockwell Collins, SAS, Sikorsky, Telephonics Corporation, Textron Systems, Tyco and several others. The leaders of the USIBC’s Executive Mission stated, “We are here once again to reaffirm our commitment to a long-term partnership with India by offering the best capabilities that are mission-ready and operationally proven, robust industrial partnership and state-of-the art technologies offered at the best value when measured over the lifetime of the product.” The US defence industry was at the Defexpo to showcase advanced capabilities to meet with the requirements of India’s land, naval, and internal security systems. On display were the current offerings such as Textron Systems’ Ground Based Smart Weapons and Naval Common Unmanned Surface Vessel, BAE Systems’ M777 155mm Lightweight Howitzer and other best-in-class offerings from US industry such as Armoured Security and Light Combat Vehicles, Tactical Communications Equipment, Integrated Weapons Systems, Thermal Imaging Technologies and Network Munitions Systems. 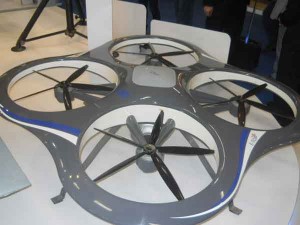 Boeing Defence, Space & Security that has a high stake in the Indian defence market, had showcased a comprehensive portfolio of products and services including the C-17 Globemaster III, P-8I, AH-64D Apache, CH-47F Chinook, V-22 Osprey, ScanEagle and 737 Airborne Early Warning & Control. A notable success of the American endeavour was the agreement for joint venture between Mahindra and US-based Telephonics Corporation, a unit of Griffon Corporation to manufacture airborne radar systems in India at a factory to be set-up in Bangalore. The venture will support airborne maritime surveillance systems for the Indian Navy and the Indian Coast Guard. In addition, the venture will make provisions for Air Traffic Management services, Homeland Security and other emerging surveillance requirements.