Warfare soon degenerated to righteous methods- Dharma Yudha, thus leading to stagnation in means (weapons), tactics and strategy. This worked well as long as the clash was within the subcontinent, but when faced with outside adversary armed with better weapons and intent on total war, and not war as contest of valour, the Indians had no answer. But the mindset is so deep rooted that even in the 21st century these notions continue to hamstrung realism while dealing with security threats.

Average Indians would want even their armed forces to be non-violent and somehow defend the country without bloodshed, wanting to eat an omelette without breaking eggs so to speak. 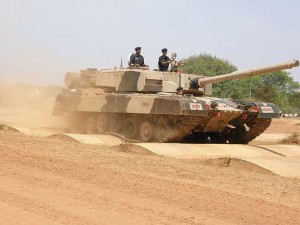 This mindset also heavily influences the scientific talent and institutions in India whereby any research linked to defence is both looked down upon and actively discouraged.

Historically, India was at the apex during the agricultural epoch of the history of mankind. Since having reached the very top of agricultural economy, whole attention was towards perfection of existing technology and skills. Is it any wonder that weapons like swords, bows and arrows, mace and spear, seen in the Mahabharata era around 1500 BC, were also the mainstay of armies of Shivaji in 17th century- a period of 3000 years.

Thus there was no incentive to be inventive and all benefits and profits were seen in refinement of existing skills. In no small measure, this gave rise to birth based ‘caste’ system where son followed the profession of his father. It was practical. There were several exceptions and peoples changed their professions but the norm was to follow traditional way of life. Most of India’s so called castes are actually professions- carpenter, barber, blacksmith, goldsmith, doctors, farmer et al. The disastrous result of this feudal approach was that war was seen to be an activity exclusive to warrior caste, with the rest of the society being a bystander.1 Despite its huge population, in all its major wars fought, the Indian armies were generally numerically inferior to the invaders. The only exception to this rule was the wars fought by the Marathas and the Sikhs, where there was mass mobilisation. Feudal Europe was in similar state before the Napoleonic concept of ‘nation in arms’ revolutionised warfare. Europe changed but India continued on its earlier path.

The social stagnation and Brahmanism where the intellectuals or soldiers became hereditary also created a gulf between the artisans and theoreticians. This phenomenon is common to many Asian civilisations. It is this separation of thinking from skills that led to technological stagnation and India missed the industrial revolution. In the Indian context at least, this baneful aspect of Brahmanism, ie disdain for manual work or dirtying one’s hand, continues. The delinking of shop floor workers and scientists/engineers is no where as pronounced as in India.

The result of this weakness of agricultural civilisation was that it was regularly overwhelmed by Pastoral People with the same weapons as they were hardier. It is a historical truth that produced its own effects in further weakening of the country. For instance the Jazil (a large calibre musket) and war rockets2 were in use by the Indians as early as the 18th century and could have possibly turned the tide against the British, but there was very little attempt to improve these. No effort was made to build bigger rockets or tie several together for greater effect. Launching rockets using iron tubes could have similarly made them accurate- but there is absolutely no evidence of Marathas or Tipu Sultan having tried these improvements/innovations.

In more than one sense this Indian philosophical and civilisational weakness is the mother norms of all root causes that plague Indian advances in defence technology. This in turn explains the rational behind the other two weaknesses ie organisational and political and therefore needs a clear understanding.

Dr Sri Nandan Prasad, who has spent a life time in study of military history has put it succinctly that the most potent and deep acting source of military weakness are the Indian ethos itself.

“Rooted in an attitude of anti-predatory universalism (Vausdheva Kutumbakam or mother earths family that includes all living beings), contemplative passivity and inherent moderation, the Indian psych presents almost an antithesis to total war.”

He compares various battles between Indians and foreign invaders and between two Indian rulers and concludes that while the former were total war the later were continuance of politics and diplomacy with an odd day or two of violence, almost as an interlude.

Indians are yet to understand the true nature of international politics/threats.

“The Indian achieved universalism and transcendental cognition thousands of years before the world was ready for it: the Indian has paid the price for thousands of years. He has lost battles but may win the war, unless the war ends in a nuclear holocaust.”3

“¦ the armed forces have been sacrificing lives to conserve equipment. Lives are cheap, equipment costly and unavailable.

In 1947 immediately after independence India went about building institutions of learning in field of science and technology. The Indian Institutes of Technology (IIT) made a name for themselves as many of its alumni went abroad and made major inventions/discoveries. Research laboratories were set up to deal with each branch of science. These were created in splendid isolation from existing universities and had no linkages with students, teaching or industry. It was a sort of bureaucratic job of doing science ‘10 to 5’ on daily basis. Advancement was based on seniority with very little accountability. The Defence Research and Development Organisation (DRDO), was set up on the lines of these national laboratories with an added clause that since they were to do ‘defence research’ all their activities were cloaked in secrecy with not even modicum of accountability.

The recruitment of personnel to man these institutions followed a similar bureaucratic norm. With low wages (compared to private sector or abroad) and stagnant promotions based on seniority, the DRDO never really attracted talent. The talented graduates of the IITs voted with their feet and migrated to the West. In any case there was very little cross fertilisation and co-operation between these institutes and defence research. 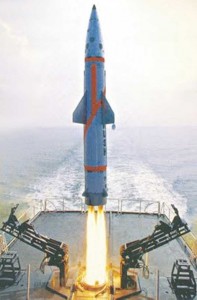 Essentially like in economic development, India adopted a Soviet style ‘Command’ model for scientific activities including defence. To compound the folly, India also created a separate defence industry in state sector, in isolation from other industries. This was in addition to earlier existing Ordinance factories that manufactured arms and ammunition. In short India created a model of state monopolies from research to development and manufacture. Like all such monopolies, it was an inefficient model that consumed resources but produced very little out put. The armed forces, the sole consumers, were out of loop for decision making, administration or accountability. DRDO is an independent empire. The DRDO activities fitted the classical Parkinson Laws on bureaucracies where the work expanded to suit the time available.