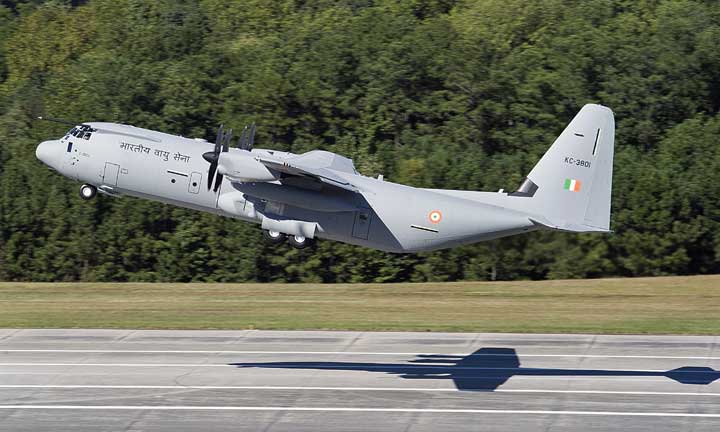 Someone recently observed that “doing serious defence business in India is like religion; it’s an act of faith”. A droll statement but the point was a serious one. A corporation assesses the potential risks and rewards in entering a market and then judges whether or not it is in the best interests of its principals to do so. This decision is the expression of rational business confidence.

However if a corporation cannot adequately assess risk and reward, it has no rational basis upon which to proceed. Under such circumstances, to proceed is to gamble; there is no rational business confidence as such, merely an act of faith.

The Indian MOD may soon find itself caught in an unpleasant pincer movement… serial blacklisting is steadily shrinking the size of the competitor pool.

Unfortunately, many defence corporations have entered the Indian market as an act of faith rather than of rational judgment. Their action is based on one core fact; the market is big and demand is real. However, they consider the nature of the defence procurement process to be (in the greater sense) that of a lottery. As Vulcan was recently told “anything can happen, at any time, for no apparent rational reason”.

To put it crudely, the view in the foreign boardroom is that ‘India is highly uncertain but too big to ignore’. Even so, the decision to enter the market remains an act of faith: the unquantifiable hope that the Government of India will not permit the issues of a troubled procurement process to compromise the greater National Interest.

This aspect of corporate behavior is seldom acknowledged. The reason is not hard to discern; ministers of religion are paid to act on the basis of faith; professional businessmen are not. Thus the anxieties of the doubting believer remain buried beneath the language of hard-headed business rationality and corporate pronouncement.

Rational business confidence can be shaken by events but it will rarely collapse while its founding pillars still stand. In contrast, faith is ‘as fragile as a flower’ because its foundations are uncertain. As such, corporate faith is a largely unacknowledged risk to the provision of Indian national defence capability.

If this proposition appears unreasonable, consider the procurement of new artillery systems for the Indian Army. The requirement is real, urgent and the procurement processes have variously been running for a decade or more. Two months ago, the competition for towed 155mm guns appeared to be entering the home straight with the live-fire trialing of the two finalist’s weapons. Then, with the guns in place on the firing range, one of the finalists was reportedly blacklisted and the entire process summarily terminated1. A new RFI was then issued and the provision of critical capability thus retarded by several years. This was the third time that the towed howitzer program had collapsed2.

It happened to the gun-makers this time; what chance that it (or some other costly fate) will hit our sector next time?

Consider how such events may be perceived in the foreign boardroom. In most parts of the world, when two contestants step into the ring and one disqualified, the other is declared the victor. One does not expect the successful finalist to be told to go back into training for several years at a cost to himself of millions of dollars, then report back in some indeterminate future in which a substitute finalist can be supplied. The situation appears to be unjust and unsound.

It shakes the faith of the committed. If this continues, they reason, they risk exposure. Is this the last time that the system will levy heavy financial loss on the innocent? It happened to the gun-makers this time; what chance that it (or some other costly fate) will hit our sector next time? How could we justify such a hit to our principals (let alone continued participation in such a competition)? These questions are unanswerable and as such, represent indeterminate risk. Better, thinks the Corporation, to just quit the market before it’s too late.

Returning to the recent 155mm gun competition, the two corporate finalists were BAE Systems and ST Kinetics. The former has a strict policy of ethical conduct; the latter was reportedly blacklisted. After the event, Mr Patrick Choy of the ST Kinetics Company is reported as saying:

“There comes a time when frustration takes its toll. It’s come to a point where I wonder about ST Kinetics being driven out of the Indian market by frustration. We are a publicly listed company with shareholders we are accountable to. We cannot simply continue with something that appears like a black hole”.3

This statement is both unusual and interesting. On the one hand it appears to be a classical face-saving device for the company and by association, for the clean corruption-free state of Singapore. On the other (like most good face-saving devices) it is based on truth and this one is remarkable for its candour.

Firstly, it publicly acknowledges that large defence corporations are not bottomless pits of wealth and patience, upon which a potential customer may endlessly draw. The risk money spent on repetitive nugatory competition is often seriously big. This money is provided by the company’s principals; its investors. It is a finite resource and the investors are typically free agents. They demand rational decision making and clarity of forward view. Furthermore, while a large corporation may have deep pockets, a defence subsidiary may not. The latter may not simply draw on the former at will. Such inconvenient realities clash with popular prejudice and are unlikely to garner sympathy. But they are real and must be accommodated as fact.