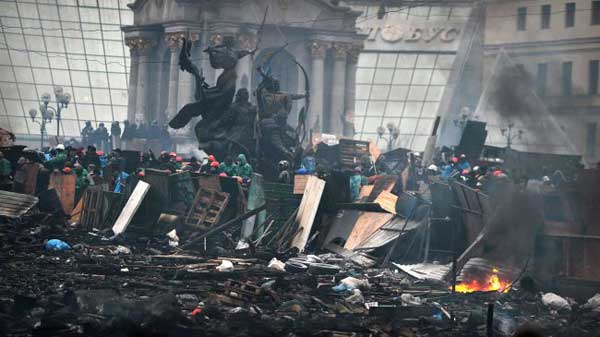 As a longtime student of nuclear warfare, (I began to study it in 1965 as an NDA Cadet, my Staff College dissertation on this subject in 1979 to my book in 1997) one has seen the evolution of nuclear doctrine over half a century. Most of the work on this subject was done in 1960s and 70s (Herman Kahn of Rand Corporation, Bernard Brodie, Thomas Schilling, Henry Kissinger and Ramond Aron et al) by civilian scholars on deterrence theories as the only ‘solution’ to problems of nuclear war. The axiom, nuclear war cannot be won and therefore should never be fought, was the basic concept. Throughout the cold war the issue that dominated the nuclear debate was how to prevent Soviet Union from advancing into Europe using its massive conventional arms superiority.

The problem was that once Soviet Union achieved nuclear parity with the US, the crucial question was, will the US risk its own homeland being destroyed by Soviet nukes in order to save Europe from Russian conventional attack. It is due to this ambiguity; France created its own independent nuclear force (the Force de frappe) with a wink and nod from the Americans. Out of this dilemma was born the concept of ‘tactical’ nuclear weapons (generally sub 10 kilo ton power) for local use to stop armoured thrusts. NATO (North Atlantic Treaty Organisation) was formed as ‘defensive’ bulwark against this Soviet threat. Throughout the Cold War, the Soviet’s never accepted this and claimed that ‘any’ nuclear weapon used by US/NATO will lead to full scale nuclear war. Mercifully, Soviet Union never tried to expand its empire to Central or Eastern Europe and the concept of ‘limited’ or ‘tactical unclear war’ remained just  a theoretical abstraction.

Today the shoe is on the other foot. With threat of NATO expansion into its backyard, the Russians embarked on a military campaign to overawe Ukraine into giving up its plan to join NATO. Thus, it was the West that cast the proverbial ‘first stone’ in the current conflict. This is exactly opposite of Cuban Missile Crisis of 1962 when it was the USSR that attempted to change the strategic balance by placing missiles in Cuba. The Americans reacted and a Ukraine  like conflict was avoided only because the Soviets under Khrushchev showed statesmanship and agreed to withdraw the missiles from Cuba thus avoiding a nuclear confrontation that could have led to a catastrophic WW III.

Unfortunately for the world, the West is refusing to show statesmanship to accommodate ‘legitimate’ Russian security concerns thus forcing Russia to resort to use of force. By supporting Ukraine with latest weapons, it has put Russia in an impossible situation. Of course, the Russian are guilty of over estimating its own power and under estimating Ukraine’s will to resist.

But wars are not a morality play. Irrespective of Russian sin of invading Ukraine, the reality is that a nuclear power cannot accept a military defeat without using its nuclear arsenal as weapons of last resort. If not used what is the purpose of maintaining the huge arsenal, is a legitimate question Russians would ask. The West cannot forget that in the realm of nuclear weapons Russia is equal of the USA.

During the nuclear debate in 1960s and 70s, there was a near unanimity that use of even tactical or ‘small’ nuclear weapon by either side will mean a clean break from the past. The concept of ‘tactical’ is also questioned as even a small nuke say delivered on Kiev will have strategic implications. If it starts an action reaction sequence of nuclear tit for tat, the process could degenerate to all out nuclear war – leading to what was termed MAD (ness!)– Mutual Assured Destruction.

If Russia does use even a tactical nuclear weapon on an insignificant target, in order to give a chance to Ukraine to come to negotiating table, it will set a precedent. In future, conflicts in South Asia, Middle East and Asia Pacific, may all see nukes being used freely.

A very likely scenario is if China tries a military takeover of Taiwan and suffers a setback, it will be tempted to similarly use tactical nuclear weapon to force Taiwan to surrender. Again, will the West and US be ready to use its own nukes against China to save Taiwan?

Given the looming danger of nuclear use by Russia, it is time the West steps back from the confrontation and instead of ‘maximalist’ demand, force Ukraine to accept territorial status quo, with Crimea and Eastern Ukraine under Russian control and give up plans to join NATO. US must stop instigating Zelenskyy and stop supplying weapons and equipment immediately. Recently, Israel turned down a US request to approve the transfer of its advanced anti-tank Spike missiles from Germany, where they are made under license in an Israeli-owned factory, to Ukraine.In return Russia should guarantee integrity and independence of remaining Ukraine.

It is interesting to speculate that in 1962 Cuban Missile Crisis as well, the Americans also gave similar assurances to Soviet Union on non-aggression against Cuba!

One thought on “Crossing the Nuclear Rubicon in Ukraine: Long Term Implications”