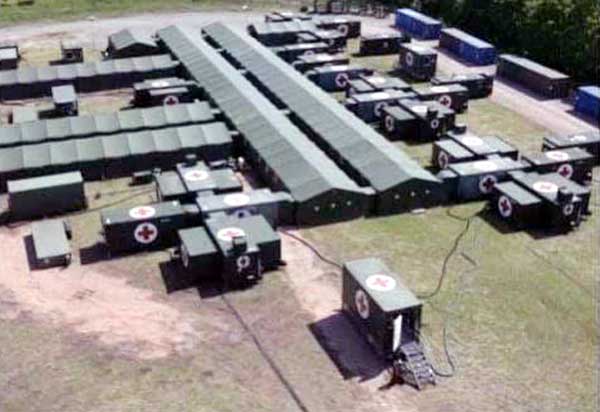 At this juncture three months after the outbreak of Chinese Virus commonly known as COVID-19, over 3,00,000 people have been infected, and more than 13,000 killed across the world. India today stands at the cusp of stage 2 and 3 of this Pandemic. While observing Janta Curfew or the people’s curfew at the call of Prime Minister Narendra Modi India prepares itself.

India has reported 325 confirmed cases and 7 deaths so far, but the tally continues to rise. Early signs of stage 3 have started to manifest as people without travel history have reported infected. Community spread is inevitable. As per the worst-case scenario, the analysts predict that India would have almost 500 to 800 million infected population by the turn of July 2020. Out of which 2 percent, that is 10-16 million would have died, mostly the elderly.

India with over 1.37 billion population accounts for nearly 18 percent of the total mankind on this planet. The population over the age of 65 and above is roughly 5.3 percent of this pool thus accounting to 72,610,000 high risk persons in India.

When the developed world is trying hard grappling with the situation. Countries like Italy, Germany and the UK are finding their health services infrastructure over stressed. Italy is the worst affected, it is reporting 700 deaths per day and the count is rising.

These nations have over 9 percent share of their GDP spent on health services. For example, Italy spends 8.94 percent of her GDP which accounts to all most 2,739 USD per capita. In the year 2000 Italy’s health services were declared world’s second best only after France. Needless to say, it still ranks amongst the best.

On the other hand, India spends little short of 2.5 percent of her GDP accounting to 85 USD per capita. It ranks 184th out of 191 in terms of GDP% spend on health care. All this without taking into account the deep-rooted systemic corruption making the whole scenario even grimmer.

Though Iran and China lead the tally, but real figures could be misleading and off the mark hugely. The transparency and truthfulness are a real suspect in these countries. The Chinese claim of containment and victory over the Corona virus needs to be taken very cautiously.

The COVID-19 apocalypse is staring at the face. We are sitting over a live volcano that is bound to erupt. India and the neighboring countries are likely to be worst affected. Poverty, social insecurity, weak health care system, overpopulated old civilizational towns and cities, all make an ideal ground for the impending Human-Corona armageddon.

So far India has managed this crisis well through the Stage 1 and 2, but real challenge lies with Stage 3 and 4. Near total lockdown has put the economy out of gear with long term implication. The impact however is yet to be ascertained. But for the daily wage earner, Corona Virus has already spelled the dooms day. No work means starvation. Government will have to find ways to tackle this issue urgently before it turns into nightmarish breakdown of law and order.

So, what would be the challenges in forceable immediate future? Foremost and essential would be enforcing the lockdown which means population control. Secondly, establishing and maintaining mega quarantine facilities which will be dictated by the demography and geography. Thirdly, the smooth running of essential services and fourthly, it would be in ensuring Law and Order and governance.

In all these challenges at hand, the Indian Armed forces would play a very significant role in days ahead. Indian army is already tackling the situation from the day one. It has established quarantine facilities at Manesar and Jaisalmer. These were sufficient during Stage 1 and 2 but would fall too short for days ahead. By now the Indian Armed Forces should have been out, establishing quarantine camps in various states and around large population centers. It already appears late.

Though all the training activities have been put on hold in the armed forces. It would be prudent to recall all personnel from leave and courses. And call up the reservists, seeing the huge manpower intensive task that lay ahead.  Indian Armed forces have a reported strength of 1.4 million active personnel and 2.1 million reservists. In addition, there are 1.3 million paramilitary personnel thus making it one of the largest military forces in the world. This is a massive pool of disciplined human resource the government holds. It is for the government to take a call on the scale and size of this most likely Aid to Civil Authorities. Something so unprecedented by all measures that India has ever seen. It is going to be this Stage 4 when the last bastion would be heavily relied upon.

Stage 4 will be the worst stage of the infection where it takes the form of an epidemic. Massive numbers would be infected, there would prevail panic and distress in the society. Stricter long duration lockdowns would have to be ruthlessly enforced. Starvation and rioting for food could the worst in such a scenario. Abstinence from duty amongst government employees would be acute. Maintenance of essential services and Law and Order would be a herculean task. It is then, that the First Responders would descend upon as the Final Responders. Just no choice left.

Thus, it is the time to plan ahead, stock and mobilize recourses. Prepositioning in anticipation for the worst case is what the Armed Forces must be doing right now. However, most importantly, the Armed Forces need to self-quarantine and stay absolutely fit to respond at the need of the hour.

With Stage 4 predictions of 50 to 80 million deaths and up to 800 million infected, Armed forces personnel would be carrying out duties ranging from cremation of the dead when families would keep away for the fear of infection, to running the power plants and railways, to guarding of institutions, important installations and storage facilities like the FCI godowns,  to distribution of food supplies, to managing mega quarantine facilities and the crowd control.

As the janta Curfew draws to a close, the government of India has ordered suspension of all passenger trains from March 22 up till March 31.