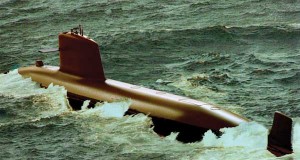 Since 2007, five Iranian nuclear scientists have been killed in Iranian territory. In some of these instances, the terrorists had attached small magnetic bombs to the exterior of the victims cars.

The explosive device was meant to kill the occupants without resulting in a blowing up of the car which could have led to a large number of casualties from the splinters of the exploding car.

The latest attack took place on January 11, 2012, when Mostafa Ahamdi Roshan, described by Western sources as a Deputy Director in the Natanz uranium enrichment facility, died in a blast in Tehran shortly after two assailants on a motorcycle placed a small magnetic bomb on his car.

It was reported by Iranian sources that the bomb was probably a shaped charge that directed all the explosive power inside the car, killing its occupants without causing any collateral damage to bystanders in the area. The explosive device was meant to kill the occupants without resulting in a blowing up of the car which could have led to a large number of casualties from the splinters of the exploding car.

It has been reported that Iranian investigators have been able to collect considerable details regarding this modus operandi, the kind of device used and the organisation behind these attacks from a terrorist who was caught along with the device towards the end of 2010 before he could carry out the attack. On the basis of his interrogation details of which were telecast by the Iranian TV, the Iranian security agencies have alleged that these attacks are being carried out by terrorists of the Mujahideen-e-Khalq (MEK), an anti-regime terrorist organisation, motivated, funded, trained and equipped by Mossad, the Israeli external intelligence agency.

Is it possible to devise new security procedures by which high-value targets of terrorists, who do not enjoy the benefit of VIP protection procedures, can be better protected? This is a question which needs to be examined by our security experts.

From the media reports of the February 13,2012, terrorist attack at New Delhi on an Israeli diplomatic vehicle, it is apparent that it had features similar to the attacks on the vehicles of Iranian nuclear scientists”” a shaped uni-directional instantaneous explosive charge meant to kill only the occupants of the car without causing collateral damage and stuck to the rear of the car by a speeding motor-cycle borne terrorist, who managed to get away after his act.

This MO, meant to kill targeted individuals with an explosive device by a motor-cycle borne terrorist without killing innocent civilians, would call for a re-visit to our security procedures for the protection of high-value individual targets of terrorists.

The MO of using a motor-cycle borne terrorist to beat access control has been followed by terrorists in many countries, including Pakistan, for the last 30 years. In the past, terrorists using this MO used either a hand-held weapon fired by a terrorist sitting in the rear or a hand-grenade. When a hand-held weapon or a hand-grenade is used chances of success are not always guaranteed unless it was a suicide attack.

In the case of magnetic bombs stuck to the metallic portion of a car by a speeding terrorist, chances of success in killing or maiming targeted individuals increase without adding to innocent civilian casualties.

The Israeli diplomat attacked was a high-value target of the terrorists, but not a VIP protectee. She, therefore, did not enjoy the benefit of access control through the use of pilot and escort vehicles. It was easy to attack her from a motor-cycle.

Is it possible to devise new security procedures by which high-value targets of terrorists, who do not enjoy the benefit of VIP protection procedures, can be better protected? This is a question which needs to be examined by our security experts.