Could Tibet be defended? 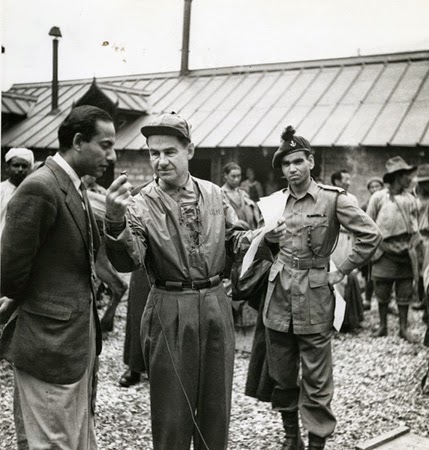 I am posting here an interesting note from Harishwar Dayal, the Political Officer in Sikkim between 1948 and 1952.

The note dates from the early months of 1950.

Dayal answers some points made by K.M. Panikkar, the Indian Ambassador to China.

I have had the advantage of seeing Sardar Panikkar’s note on our attitude to Tibet.

The main points in the note are these.

If China decides to make her sovereignty effective we cannot interfere as long as our treaty interests, trade rights and boundary are respected. Any intervention on our part would be regarded as aggression.

I think most of these arguments and conclusions are incontrovertible. But I should like to draw attention to certain matters which perhaps are not made very clear in Sardar Panikkar’s note.

China, from her own point of view, might refuse to be bound by any of these treaties.

The Chinese have always claimed at least suzerainty with no qualifications or conditions, the Tibetans have always claimed independence but have been prepared at times. To recognize Chinese suzerainty if China would recognize Tibetan autonomy and agree on a boundary (e.g. in 1914 and again in 1934) and India has generally recognized Chinese suzerainty but in 1943 declared that this was meant to be conditioned on Chinese recognition of Tibetan autonomy.

Generally, India has acted as if Tibet were a sovereign State to the extent of being capable of making treaties and entering into relations with other powers.

If, therefore, China is the unconditional suzerain of Tibet, then it follows that Tibet had no right to make treaties with India, at least without Chinese participation or consent and accordingly all our agreements with Tibet, including the Simla convention of 1914 which defined the boundary (the Mac Mahon line) are invalid, with the solitary exception of the trade agreement of 1908. China, from her own point of view, might refuse to be bound by any of these treaties. An indication of this attitude is that in 1928 the Nanking Government ignored the 1914 Convention and referred back to the Convention of 1906 in proposing a new treaty between China and India about Tibet. If, as is suggested, our recognition of communist China is unconditional and merely assumes that existing relations will continue, China may well refuse to be bound by the treaties with Tibet to which she was no party.

There is no legal obligation on the part of India to defend Tibet, if attacked, for there is no treaty of mutual defence. There is not even a moral obligation, for in 1935 Williamson was instructed to make it clear that Tibet, in the event of trouble with China, would have only our diplomatic support so far as was justified by the merits of the case. But the Tibetan Government were given three specific assurances:

The absorption of Tibet into Communist China is not, therefore, a matter which we can contemplate with indifference or even equanimity. If a war should break out, the enemy will be at our very doors and our friends, if any, will be far away.

In 1940, when the Chinese Foreign Minister told the British Ambassador that China would not interfere in the development of Tibet along her own lines, this was communicated to the Tibetans with the assurance that if the Chinese went back on the promise Tibet would have support.

There is, thus, a clear moral obligation on our part to use diplomatic means to preserve Tibetan autonomy.

Sardar Panikkar thinks we should cease to regard Tibet as a buffer State.

One of the great advantages of India in the past has been not only that its land frontier is protected by almost continuous ranges of high mountains, but also that beyond lay a chain of comparatively small States, none of which was likely to be a serious danger to the peace or integrity of the country and which cushioned India from the impact of the great Powers which are beyond. It was our policy, accordingly to keep on friendly terms with these States, to help them and to preserve their internal peace and independence and to ex clued form them as far as possible rival Powers. The revival of China is now likely to bring us into immediate contact with her on the Sinkiang and Tibetan frontiers; and if Communism establishes itself in the small States of South-East Asia- (which is by no means unlikely) we shall find ourselves surrounded on land by a solid ring of Communist countries which will follow a concerted policy in foreign affairs.

A country is most secure when no other country can easily invade it. That was the position of Great Britain to a certain extent and of the United States. But the advantages of insularity have been largely neutralized by the development of air power. The next most effective guarantee of safety is to have a belt of friendly small States between a country and its most powerful neighbours. That was the position of India and of Turkey as regards Austria, Germany and Russia. The next is to have two powerful neighbours who are suspicious of each other, so that in the event of war it can have an ally and the enemy may have to fight a war on two fronts. France in the 18th century and Germany in the 20th when they became aggressive had to fight on several fronts.

Tibet is asking for a fresh treaty and an open recognition of her independence. Neither of these seems wise. She is also asking for arms and training for her troops.

If we lose our armour of friendly small States, of which Tibet is one, we shall find ourselves everywhere on land in direct contact with the two great States of Russia and China and, as a common ideology connects these two, we shall have in effect one enormously powerful State on all or nearly all our land frontiers. It is possible that it may not wish to attack us, but there is little doubt that it will wish India also to become Communist and will use all methods short of war to achieve that object.

The absorption of Tibet into Communist China is not, therefore, a matter which we can contemplate with indifference or even equanimity. If a war should break out, the enemy will be at our very doors and our friends, if any, will be far away.

Our Course of Action

At the same time it is not easy to see what effective action we can take. It would perhaps be better to discuss separately what we should do (1) immediately, (2) if and when the Chinese invades Tibet.

Tibet is asking for a fresh treaty and an open recognition of her independence. Neither of these seems wise. She is also asking for arms and training for her troops. In the past, we have given arms and also training, but the arms have been small in quantity and the training largely ineffective. Even with these, it is not likely that Tibet will be able to offer successful resistance. On the other hand, if the Tibetan army has some fighting strength, it is possible that the Chinese may be content with Tibetan adhesion to the Republic and may refrain from invasion and subversion of the Tibetan Government and political system. This, of course, assumes that Tibet will be prepared to agree to these terms. Nor should it be forgotten that we have always encouraged Tibet to regard us as friends; and, if we quietly abandon her without an effort in her hour of need, it will be difficult for any of any small State to have confidence in our promises or professions of friendship. We should, therefore, give such help in arms as we can give, within reason, and use our diplomatic influence with China to get her the best terms possible.

Active defence of or help to Tibet in the event of an invasion would be both futile and dangerous. It would develop into a war between India and China with unpredictable consequences. But we should protect diplomatically and keep a watch on the frontier.

Assuming that Tibet becomes a part of China, we have to look to our own frontiers. The independence, security and defence of Nepal become immediately a matter of primary importance to us. I find that a new treaty with Nepal is being negotiated. I haven’t seen its terms, but I think it is vital that there should be some provision for mutual defence, which does not exist in the 1923 Treaty. Next, we should effectively occupy the country south of the Mac Mahon Line. I do not know to what extent this has been done.

It should be remembered that China at least once invaded Nepal and by the peace of 1792 Nepal acknowledged Chinese suzerainty and undertook to pay tribute and not long ago China again showed a good deal of interest in Nepal. If Tibet goes the door will be wide open.

Action If There Is Invasion

Active defence of or help to Tibet in the event of an invasion would be both futile and dangerous. It would develop into a war between India and China with unpredictable consequences. But we should protect diplomatically and keep a watch on the frontier.

In case Tibet proclaims her independence and China refuses to recognize it, there may be a reference to the U.N. It is difficult to see what effective action U.N. can take; and condemnation without enforcement would only discredit it. The Korea and Abyssinia cases in the old League are a warining.

The defence of India is now a much more difficult matter than it was fifteen or twenty years ago.

The defence of India is now a much more difficult matter than it was fifteen or twenty years ago. Then India included Pakistan and Burma; Ceylon and Malay were also parts of the same Empire; Afghanistan and Tibet were friendly; our long and exposed sea coast was protected by the British Navy; China, our nearest large neighbor, was weak and disunited and Russia, the other, was still reorganizing herself. All this has changed. Pakistan is independent and unfriendly. Ceylon and Burma are independent. China and Russia are strong and will follow a common policy. Apart from Malay and Hong Kong, both threatened, Britain has no possessions in the Indian Ocean. Western Powers have lost control of their colonies, but the result has been civil war – in Burma, Indo-China and Indonesia – which is a fertile breeding ground for Communism – and Communism means alignment with Russia and China.

Even under the old order, the rapid progress of Japan showed how feeble were the defences against a well organized and determined foe. The present situation calls for a well-considered (not, of course, inelastic or inflexible, but not merely opportunist) policy and well planned execution.