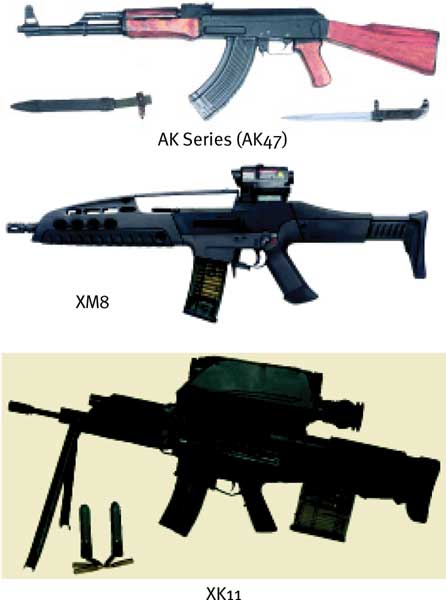 On the heels of my earlier article carried by IDR , some very important initiatives have been announced and steps taken by the Government. While these in my considered opinion have come only about four decades late and the roll out of results are likely to be felt not before another five years to say the least, it is indeed a much desired beginning in the right direction.

Ordnance Factory Korwa gets the first an Army officer as a CEO reports The Print. The Korwa

Ordnance Factory in Uttar Pradesh’s Amethi district, will manufacture AK-203 assault rifles for the military under an Indo-Russia joint venture.

The factory which comes under the Ordnance Factory Boardwill see a serving Major General as the CEO for the next four years, his team is expected to have other serving officers as well.

With the dissolution of various Army Base Workshops, a large number of experienced officers, JCOs and Men are likely to be relieved, the best amongst them could be immediatelymade available not only to the factory at Korwa but also toother such Ordnance factories which require better results in terms of quality, timely delivery and accountability.

The appointment of a ‘Serving Major General’ is a welcome move, it may have been more productive to consider Officers at the levels of a Brigadier, young Lt Colonels, Majors and Captains at the shop floor, trials , marketing and inducting a General Officer into the Ordnance Factory Board (OFB) as well as the Department of Defence Production(DOP).

The Perspective Planning Directive as well as all Line Directorates should be kept in the loop since they would all be interested parties and stake holders in projection of demand as end users.

The stake holding of OFB in the venture of 50.5 per cent, Kalashnikov owns 42 per cent and Rosoboronexport 7.5 per cent could be a bench mark for future, almost on the lines of DCI of France where the Government holds 49% share in this case, we would be the major share holders.

New rifles are expected to replace the 5.56 INSAS and the three services are expected to spend approximately 12,000 crore. The financial benefits which India could expect need tobe worked out keeping in mind Indigenous  Production & the Sale of AK-47s as well as 5.56 to other countries/organisations.

A similar review is required for the remaining 40 such factories, the product, its need and the concerned arm or service should be identified, based on this, select officers from the Armed Forces need to be inducted into these from bottom upwards to gainfully utilise available expertise, make them more responsive and accountable to the services and also reduce the costs of production.

The MOD would do well to take this matter up, with close cooperation of Army Headquarters(MS Branch & Line Directorates) as well as DGR( where required) and OFB in this process without further loss of time.

While preparing and planning to induct manpower from the support cadre across all arms and services to induct fresh blood and energise the rather stagnated efforts of these factories, other issues such as technical teams, qualifications, target countries for sales, target manufacturers for tie ups, trials, setting up of ancillary units for production of spares, servicing, up gradation need to be factored in for operational imperatives of every sector.

Corporatisation of the OFB will address some key issues that plague the ordnance factories — high cost and poor quality. Cases of defective assemblies and components have been highlighted on different fora. A high rate of return for rectification cases indicates poor quality management and quality consciousness.

It is essential to change the existing functioning of the OFB as an attached office of the Ministry of Defence and a budgeted entity since it is completely incompatible with the modern methods of production and practices.

The formation of a corporation would ensure that ordnance factories get the desired functional autonomy and will yet make them accountable and responsible for their operations and performances. Splitting the OFB into three or four segments as appropriate and converting these segmented boards into defence public sector undertakings (DPSU), as recommended, seems to be the way forward.

The OFB too needs to have a substantial number of Officers with requisite technical or operational qualifications to allow close cooperation and integration between the Production Units and end users. A most important change required is to break the strangle hold of  Unionism by bringing them under the Army Act , also hold them accountable under the Official Secrets Act .

Ministry of Defence(MOD) & DOP. Both of these establishments ,which are over staffed by a set of non productive civilians need to be downsized and where feasible , replaced by motivated leadership from each of the Defence Services to create synergy, delivery goals and better integration. This being  a dire necessity to break the stale atmosphere and the ‘ conflict’ between bureaucrats and defence forces which has been weighing down National Defence Preparedness .

The Armed Forces need to be given a degree of freedom to create the necessary transition from being ‘dependent on budget allocation’ to becoming ‘self reliant financially’ to a greater extent.

It is a must for the Government to understand and exploit the motivation and drive within the  Armed Forces to transform from a force which only ‘protects National Interest to a force which is seen as a Nation Builder’ somewhat on the lines of the Israeli Defence Forces(IDF). To this extent, the Study Group ordered to evaluate the appointments in MOD needs to deliver free of any pressure or politics.

Any such transition or change is bound to have an impact on our defence preparedness. There are bound to be hiccups, conflicting power struggles, some to retain and others to gain control! However, National Interest must be given priority over everything else.

Given the border standoff between India and China as well as the possible two front war with Pakistan and China, it would be ill advised to jump start this change without catering for our immediate defence needs. A measured approach would therefore best suit the Nation’s interests, therefore, MOUs for providing weapons , equipment , technology , ammunition as well as other war waging wherewithal need to be carved out with care to cater for our needs over the next five years by which time indigenous production and maintenance  kicks in.Should this call for additional funds, we need to cater for them.

As one can imagine, this would be a huge task involving a complete ‘overhaul’ of our defence set up.

During this ‘period of experiment’ the establishment of a network for command and control of remotely operated PGMs, Long Range UAVs and other means of Surveillance over our areas of Interest and Areas of Influence under the aegis of the Armed Forces must be completed and operationlised to ensure  there is no surprise as that suffered during Kargil and Ladakh.

Considering that India’s current leadership is committed to big-time changes with a focus on national security. It is the most appropriate time to take the overdue step of corporatisation of the OFB as well as MOD to address the key challenges of ordnance factories for making our country more self-reliant in defence production.

Lessons from the world over in past battles amply highlight the pit falls of Nations dependent on foreign countries for Defence equipment, armament and other such war waging material.

This is a major step towards becoming self-reliant in defence.Once this ambition is realised, we could expect a financial turnaround from being the worlds second largest importer to an exporter, it is here that the Government would do well to give the Armed Forces a mandate to lead this change towards self reliance. Considering the serious nature of reforms and the complexity, a detailed study is warranted  to lay down the road map and implementation be  closely monitored by PMO.