Complexification and Public-Private Positioning in the Land Forces Armament Sector 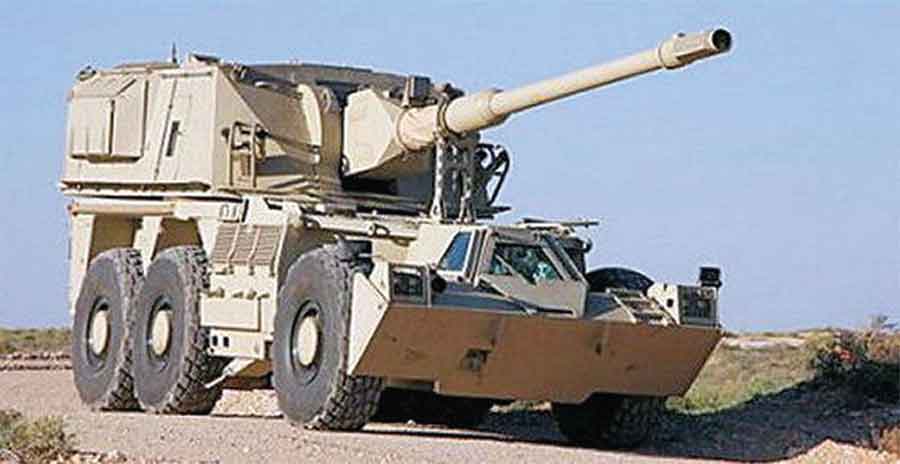 Since the fall of the Soviet Union, restructuring has pervaded the land forces defense industry. Without the needs demanded by such a threat, a transformation precipitated in the Western industrial apparatus. Land defense systems have become increasingly complex, while economic conditions have altered the industry landscape. Land defense industrialists are increasingly turning to specialization, for economic and technological reasons, while their market positions have also been affected by conventions emerging in public-private positioning. These factors have resulted in phenomena — previously confined to the aeronautics and naval sectors — entering the land armaments sector. In particular, one is the need for vertically stacked complete systems architects capable of producing entire capability offerings.

Supply and demand and the complexification of systems

Originally, the land forces based industry presented fewer technological barriers to entry than the naval or aeronautical industries. Any country with an automotive industry has tried to build military vehicles. However, the increasing complexity of systems, and the increasingly sophisticated specifications of the most advanced armies — tend to lead to the emergence of an increasingly sophisticated offer. One that not all nations have the technological nor industrial base to support.

Quality and precision are king. In the early 20th century artillery was a question of saturating the battlefield with ordnance. The most advanced armies today aim at decametric strike capabilities using precision shells: one can think of Nexter‘s BONUS (BOfors NUtating Shell), or Diehl’s SMArt, for instance. This accuracy continues to evolve over time, with Nexter’s Katana and BAE/Raytheon’s Excalibur shells being some of the most sophisticated examples. Modern artillery relies on highly advanced methods of detection and fire coordination. Equally, artillery weapon systems need mobility like every other component of the operational force. Shoot and scoot systems, of which KMW’s RCH or Nexter’s Caesar are the models, will be the norm in the future for the world’s premier armies.

Evidently, the quantity and complexity of the needs expressed by customers to land industrials are strongly increasing. The demands continue to concentrate on how digitization, robotization, and AI technology will alter warfare. Indeed, the digitization of the theatre of conflict is well and truly underway: France’s Scorpion is one state-of-the-art project in this area. The most advanced nations need to integrate all their capabilities into systems of systems acting in a seamless, coordinated manner. It is no longer possible to have merely stand-alone platforms. In the era of insurgencies, advanced militaries must possess extremely capable, compact, and highly coordinated forces able to outmatch disparate threats over large territories. As an example, France’s Barkhane operational force in Mali must control an area the size of Europe with around 4500 soldiers. The only way to ensure this operational superiority regardless of scale is to maintain continuous and decisive superiority through the qualified integration of all systems into a single metasystem that perceives everything and reacts as if it were one. This need is one of a number of pressures contributing to continual systems complexification.

A changing landscape to allow supply to meet demand

The land armament industry landscape is changing, both in its actors and in the relations between them. Increasing technological disparities between companies and states are emerging. Vehicle robotics, which is incredibly complex, is a strong example of certain operators beginning to outpace their peers. Another industry force is the dichotomy between the technological superiority of the NATO bloc, on the one hand, and its Russian and Chinese competitors on the other — competitors still guided largely by a logic of mass attrition warfare. Their approaches are more scattered and, currently, less effective with regard to the high technological requirements mentioned earlier. Another aspect is the emergence of foreign players from outside the EU — Otokar, Arma, FNSS, Hanwha, Yugoimport, etc. — which saturate the market and drive down prices.

As tenders have become much longer and more complex, armies have started to renew entire combat capabilities. The result is that incredibly costly calls for tenders are becoming the norm: if one looks to the procurement process for Land 400 in Australia or Scorpion in France, the economics are evident. Systems are becoming more expensive over time; while the number of units is dropping considerably. This is seen vividly in the reduction in the number of tanks in Europe as technology has increased. Quantity over quality is the new predominant paradigm. There is little sense in even comparing earlier generation combat systems, such as the M-60 or Leopard 1, with their modern progeny, such as the result of the Franco-German MGCS project or Russia’s latest offering, the T-14 Armata. A major problem for armies is the balance between quality and quantity. The hypotheses of operational engagement are varied, ranging from high intensity when confronting peer states to the projection of expeditionary forces, in an insurrectionary context. The financial parameter is critical: a standard non guided explosive 155mm artillery shell costs between 20 and 30 times less than a precision-guided shell. As such, responses can no longer come from a myriad of juxtaposed industrialists: the operational need for a system must be met by a system proposal from industrialists.

The transformation of the defense industry landscape means that presently while there are many dual-use companies with a non-military division that is used to generate revenue, there are very few pure defense industry players. Examples mostly occupy the land sector, such as Nexter, KMW, MBDA, Arquus, etc. Vertical integration facilitates the manufacture of complex systems by reducing the number of players, therefore, streamlining the project. One need only think of inefficiencies in any one of the many large, multi-stakeholder projects in Europe to appreciate this logic across industries. Vertical integration has largely been the catch-up strategy used by South Korea, with Hanwha absorbing all roles in the production chain in order to compete on the international stage. The ongoing international restructurings in the land defense industry are further evidence of this, sharing similarities with the aeronautical restructurings of the late 1990s. One sees this in RheinMetall, BAE Systems Land joint venture, Nexter and KMW’s KNDS, or the Finish-Norwegian Patria-Kongsberg ownership structure.

Optimizing development through the balanced cooperation of states and industrialists

One consideration becoming of greater importance is the proximity of a state to its industry players. How much control, involvement, or ability to protect valuable armament producers a nation has consequences for the economic performance, innovation, and relevance of the offers these companies can produce. In order to maintain a balanced relationship between client and supplier, allowing an optimal response to the needs expressed and supporting a competitive industrial sector — attention must be paid to the state-supplier relationship.

The right place of the state client

For a truly effective industrial base, state and supplier need cooperative programs to share costs and increase the interoperability of technology. The prototypical example here is the creation of KNDS as a response to MGCS. Hybrid structures are one way to optimize this proximity. Private companies with public capital are a good example, such as Nexter, Nammo, or RUAG; alternatively, the golden share of MBDA, or the use of an arsenal holding company, such as is the case with PGZ of Poland. The example of partly-privatized RUAG demonstrates the flexibility and advantages of such a model. Intergovernmental cooperation can raise the level of technology and is a strategy for burden sharing, allowing states to sustain capabilities that could be otherwise out of reach or costly. Germany’s Dieter Kempf, head of the BDI industry association, suggested that Franco-German collaborations, such as the current air and ground capability projects (FCAS and MGCS) — are essential for German industry and for the nation’s strategic competences.

The needs of the industrial player and the needs of the industrial base (and by extension the state client), must not be conflated. The consolidation of KNDS is an example of where a joint venture made sense, for both companies involved and their governments. By bringing natural systems integrators together, France and Germany deepen their respective skills base. On the other hand, a KMW/RheinMetall consolidation, would only makes sense for RheinMetall: such a move would allow the company to become even stronger. This is not in the interest of the country, nor its taxpayers, as the US authorities understood when they blocked the merger of Lockheed Martin and Northrop. A merger of RheinMetall with BAE System Land, as a counterpart of KNDS, would be more fitting. A single, assertive supplier imposing its solutions, prices, and deadlines on the state could ultimately be harmful to German interests. This could be an instance of where the German state has to be more interventionist to increase its performance. As Renaud Bellais, a researcher at the FRS, writes, “the effectiveness of public spending and the ability to deliver the right capabilities on time require giving citizens and political decision-makers adequate tools to oversee proposed solutions and investment choices.”

The conclusion is systems providers as partners

There is a clear underlying logic to Franco-German programs which communicate between equals. KNDS is a unique opportunity to create a transnational systems integrator that would act as a touchstone for French and German schools of thought. MBDA and Lockheed Martin are examples of where such projects have worked well in the past. Crucially, the consolidation of European defense depends on the emergence of competition between European system integrators. Competition between a RheinMetall BAE Systems offering and KNDS does seem to be the logical solution, both for client armies and for their taxpayers.