Combining the best of Man and Machine: Threats and Challenges 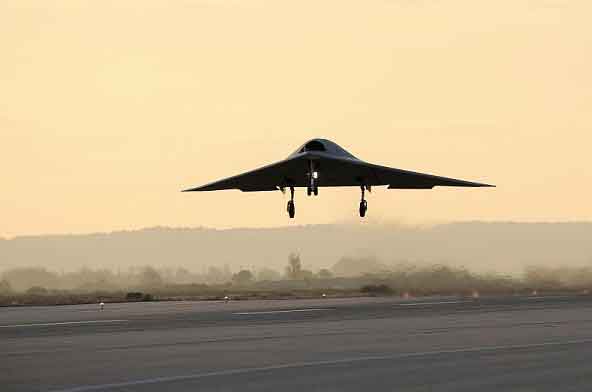 Warfare has never been the same even after the ‘revolution’ brought about by the Unmanned Aerial Systems (UAS). Staring from their humble capability of a mere ‘look-see’ over the hill as Intelligence Surveillance Target Acquisition and Reconnaissance (ISTAR) machines, the UAS have gained from strength-to-strength to metamorphose into dedicated weaponised platforms with all-weather, all-terrain capability, tremendous endurance and awesome lethal loads. Today, unmanned platforms are multi-modal and multi-dimensional threat vehicles possessing a mind of their own and giving a run for their money for their manned brethren. The latest phenomenon is the ‘swarm drones’. Powered by the tools of Artificial Intelligence (AI), these little monsters put together, pack a cumulative lethal punch and have the awesome capability of overwhelming the best of conventional air defence systems that belong to the old school.

The Win-Win Interface: The Art and Science of MUMT

While the unmanned machines are a full-fledged body of threat vehicles in their own right, the art and science of combining these with the manned platforms in a manner that their strengths get multiplied and their shortcomings get divided, goes by the name of Manned and Unmanned Teaming (MUMT). MUMT aims to combine the human genius of a combat pilot, his judgment, tolerance for ambiguity, hunch, intuition, experience, instant decision-making capability and more, in exploitation of not only, his own platform but also, multiple other unmanned platforms that are accompanying him in his mission and are ready to follow his commands. The unmanned machines in this pairing bring to battle the tremendous lethality of their weapon loads, long endurance, all-weather, and all-terrain operability. The needle-like precision of their sensors onboard provides the much needed ‘eyes and ears’ to the combat pilot, far beyond his visual envelop. MUMT thus combines the best of manned and unmanned platforms and produces a cumulative lethal power that is much more than the sum of its parts.

MUMT delivers disproportionate takeaways. Some of these include:–

Such are some of the amazing gains of MUMT. By no means is this listing complete as MUMT is only limited by ‘imagination’.

How Technology Is Revamping MUMT?

Latest tools of AI and machine learning coupled with precise and secure navigation means and telecom technologies that can knit an array of dissimilar platforms, are revamping MUMT.

With the UAS in the loop, the cockpit workload of combat pilot increases manifold. Technology is at play to reduce it. Functions such as keeping a threshold surveillance activity, auto-reporting variations in set thresholds, pre-warning of targets, and autonomous flying to defined destinations, keeping stations based on pre-fed data, auto-reporting battle damage assessment data, repeat strikes on pre-fed rules and all are getting UAS-enabled. High-end sensors on UAS are not only aiding in collision-avoidance but are also providing capabilities for independent targeting, hunting for potential targets and even acting like jammers on demand. This list can go on endlessly.

What MUMT Threats We Face?

We face a substantial MUMT threat from China; Pakistan is yet in its early years in posing a real MUMT threat. This is briefly elaborated upon as under.

China has a substantial MUMT-enabled UAS. Some examples are:–

China’s state-of-the-art UAS is Wing Loong that has a range of 4,000km, endurance of 20 hours, service ceiling of 5,000m, maximum speed of 370 kmph and payload of 480kg. This UAS is the top-of-the-line machine capable of MUMT role. It has a capability to undertake both the surveillance and the combat roles. Wing Loong II is actually the export version of GJ-1 and GJ-2 military drones.3 A typical Wing Loong payload may include a variety of munitions such as FT 7- 130-kg bomb with planner wing, FT 9 – 50-kg bomb, FT 10 – 25-kg bomb, BRM 1 Guided Rocket, AKD ten missiles suitable for targets such as bunkers, fortifications and vehicles or laser-guided air-to-surface missiles or YJ9E anti-ship missiles.

Other Chinese MUMT-enabled UAS worthy of note include:–

China has a substantial MUMT muscle. As with the other Chinese programmes and projects of sensitive nature, the cutting edge MUMT capability has largely remained obscured from the public eye. Full technical prowess of its machines is really not known to the extent desired. As stated, most of it is assessed /inferred. It is only obvious to infer that MUMT will be very much a practiced concept with China, as will be the autonomous attacks using UAS and swarm attacks. It will, therefore, be prudent to expect China to un-roll a full-spectrum MUMT threat in any future conflict. Short of conflict, the MUMT role for reconnaissance and creating situational awareness data is a highly certain event.

Pakistan’s engagement with the unmanned phenomenon by now has had a run-time of nearly two and half decades starting 1997-1998. Some points are made related to this journey as under:–

While the current status of the above co-production project is not available in the public domain, it was reported in July 2020 that China has supplied four Wing Loong II drones in ready-to-fly state to Pakistan probably for keeping a watch on the China Pakistan Economic Corridor (CPEC) and for protection of the Gwadar Port.6

Pakistan’s ISTAR UAS both indigenous and imported, belong to that generation of technology which is far from MUMT. Videos of Burraq’s first firing in September 2015 on a terrorist hide-out in the Shawal Valley and later on other terrorist hideouts in the Tirah Valley do indicate smooth flow of communication between the UCAV and its controllers.7 While this marks a significant step forward, it is yet nowhere near MUMT.

That said, it will only be a matter of time when this capability gets upgraded to adapt Burraq in a typical MUMT mission. After all, the machine is capable but the command flow, communication and connectivity needs to be engineered which is not impossible. Leaving Burraq aside, the Wing Loong II is a top-end MUM-T player as explained earlier. It is obvious that in any future conflict, the air attacks from Pakistan will feature the MUMT capability of Wing Loong.

Mumt in India: The Journey

Some milestones of our journey in graduating to the MUMT capability are briefly discussed as under:–

Similar to Pakistan, India’s UAS journey also started in 1997-1998 with the acquisition of Searcher Mark 1 UAS from Israel. This was followed up over time with the acquisition of Searcher Mark II and the Heron UAS. These are first and second generation machines respectively, at best suitable for such roles such as surveillance, reconnaissance and intelligence gathering, target acquisition, target support and direction of fire. However, MUMT is a still far cry. The DRDO over the years also developed and produced a large range of UAS – Abhyas, Aura, Eagle, Kapothaka, Lakshya, Netra, Nishant, Rustom, Ulka, Gagan and more. However, none of these are MUMT-capable.

As to MUMT capability, the first development took place in September 2015 when India inked a $3 billion deal with the US for the purchase of 22 AH-64E Apache attack helicopters from the US. Apaches are MUMT-enabled platforms. Progressing further, on June 25, 2016, the Defence Acquisition Council cleared the procurement of 22 Sea Guardian surveillance drones for the Indian Navy from the US.8 In February 2020, it was reported that India is looking for the combat version of MQ9 Predator B (called Reaper drone) with Hellfire missiles.9 The plan was to purchase 30 drones, ten each for the three Services.10 Reaper drones with hellfire missiles is the top-of-line-equipment in the category of armed drones. This is the same drone and the same Hellfire missile which on January 03, 2020, killed Qasem Soleimani, the commander of the Iranian Kurds. The MQ9 has a speed of 313kmph, a range of 1,900km with a capability to carry four Hellfire missiles or bombs. The MQ9 is a high-end MUMT player.

Despite initial approval, the acquisition of the MQ9B has unfortunately been hanging fire ever since. As late as July 30, 2021, it was reported that the DAC will clear the long pending deal for 30 MQ9Bs at a cost of $3 billion.11 Providing some clarity on the above deal, it was reported on August 25, 2021, that the Indian Government has sought more clarity from the US Government on issues related to price fixation, maintenance costs and Transfer of Technology. Once the requisite clarification is available, the Proposal will be moved to DAC for the Acceptance of Necessity (AoN).12 During his recent visit to US, on September 23, 2021, Prime Minister Narendra Modi met with Vivek Lall, the Chief Executive of General Atomics. General Atomics is the company that manufactures the MQ9. Experts opine that the probable purpose of the meeting was to fast track the long-pending deal.13

In addition, there is Light Combat Helicopter (LCH) by HAL. As of July 2021, the first three out of 15 Limited Series Production (LSP) variants will be delivered to the IAF shortly against a total order -162.14 The LCH as a part of MUMT is a future option. There is also a talk of Ghatak stealth Unmanned Combat Air Vehicles under development by DRDO with its first flight slated in 2024-2025. It is expected that this flying wing stealthy machine will be MUMT-enabled and will be capable of firing a variety of missiles and PGMs.15

The factual details quoted above only indicate that India has or will have the necessary works to put the MUMT in place. What is required is to convert ‘equipment’ to ‘capability’?

For each possible combination of an AH/combat aircraft and the UAS for example, the AH-64-Predator and LCH-Ghatak, the MUMT role would have to be specifically envisaged and crafted. This will be a huge exercise putting in place communications, connectivity, building compatible AI suits and above all, setting the Terms of References for joint-teaming and joint-missions. Terms of Reference looks to be a nice compact term, but it involves a whole series of rules and regulations – rules of target selection, target engagement, normal and emergency control, FIRE/NO-FIRE zones, strike/re-strike, auto-reporting and human override. Besides hardware and software, skinware also needs to graduate to MUMT. The MUMT in a net-centric warfare has to evolve as a viable concept and be a part of training at various relevant training establishments; exclusive to the IAF, as well as in a joint services domain. Only then can the critical skill-sets be developed. 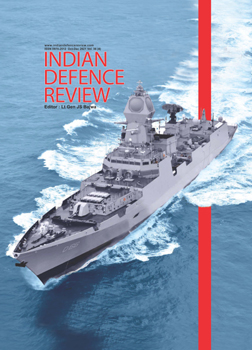 Alongside this, think-tanks such as the Centre for Joint Warfare/Land Warfare/Air Warfare must build the conceptual framework for MUMT operations and analyse its place in joint operations. Last but not the least is the much-awaited MQ9 B. With an initial approval which is now five years old, the Ministry of Defence must ensure that the three Services finally get this capability sooner than later. That much for the MUMT, the win-win man-machine interface whose time has arrived yesterday. The analysis clearly reveals that while China has a full-blown MUMT capability, Pakistan currently in baby-steps is largely priding itself in the glare of its ‘all-weather friend’.

That said, the bottom line is that the future conflicts will see the MUMT game played up in all its complexities. We need to match one-on-one if not more. For that to happen, the long and un-ending delays in the acquisition of desired MUMT-capable machines such as the MQ9, must happen sooner than later and the Indian participants must keep their promises regarding the LCH, Ghatak and more.