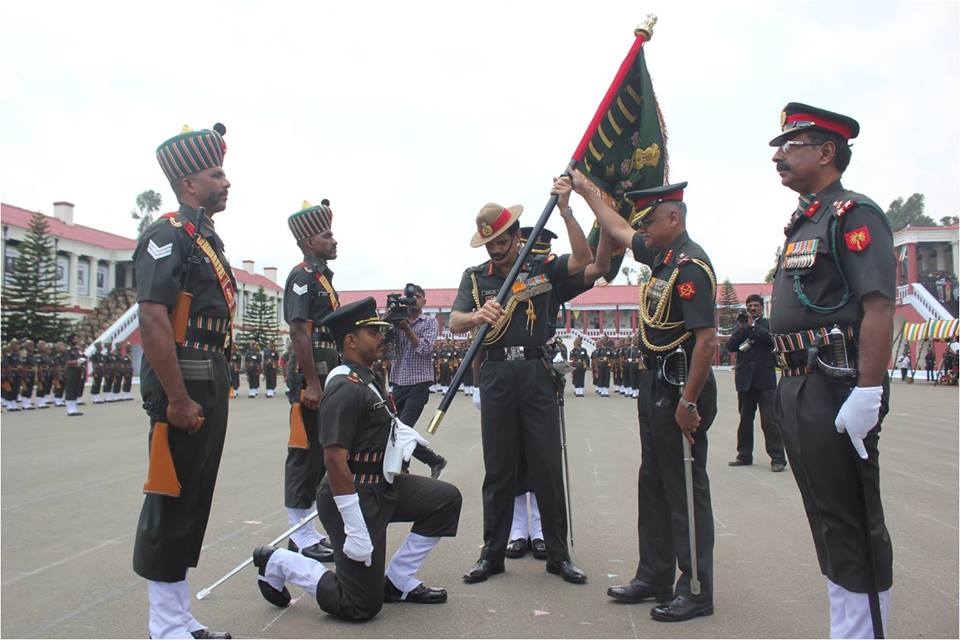 It was a historic moment for the Indian Army at Wellington Military Station today, when General Dalbir Singh, Chief of the Army Staff, on behalf of the Hon’ble President of India, Shri Pranab Mukherjee, presented the “President’s Colours” to 20 MADRAS and 21 MADRAS Battalions of the Madras Regiment.

This rare honour has been bestowed upon these two battalions in due recognition of their dedicated and meritorious service rendered to the nation since raising. To commemorate this historic event, the Chief of the Army Staff also released a “Special Day Cover”. 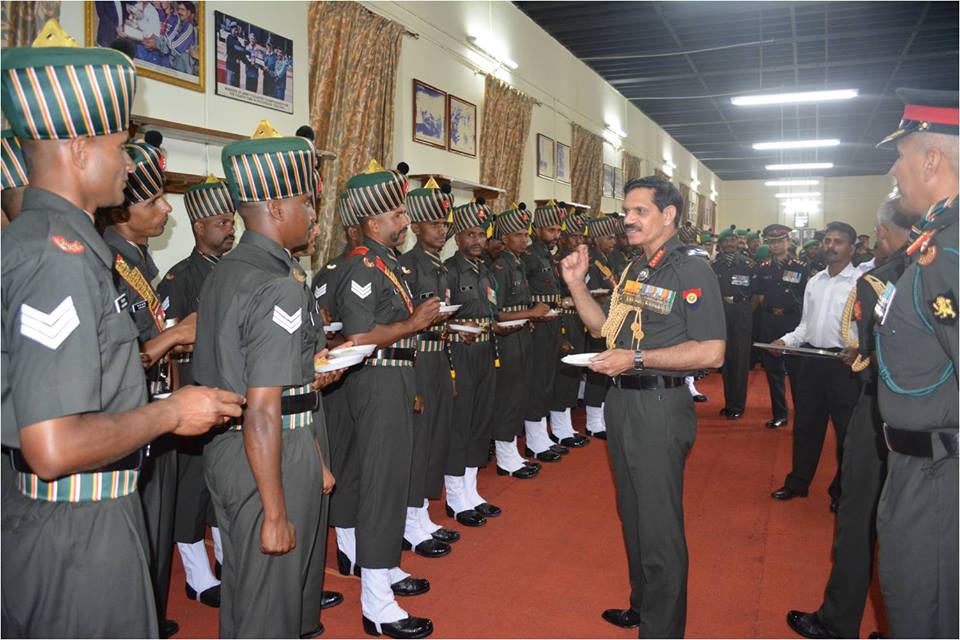 The colour presentation parade was held at the historic Shrinagesh Barracks. The contingents of brave ‘Thambis’ paraded with élan and pride amidst an exhilarating audience.  The Parade was commanded by Brigadier S Suresh Kumar, Commandant, The Madras Regimental Centre.

The Madras Regiment was raised in 1758 and is one of the oldest regiment of Indian Army. In the course of discharging its onerous duties, both in operations and in peace, the hard work done and sacrifices made by the valiant soldiers of the regiment have been duly recognised by the award of 45 Battle Honours, 14 Theatre Honours, nine COAS unit citations, 25 GOC-in-C Unit Appreciations and two UN Force Commanders Unit Citations. 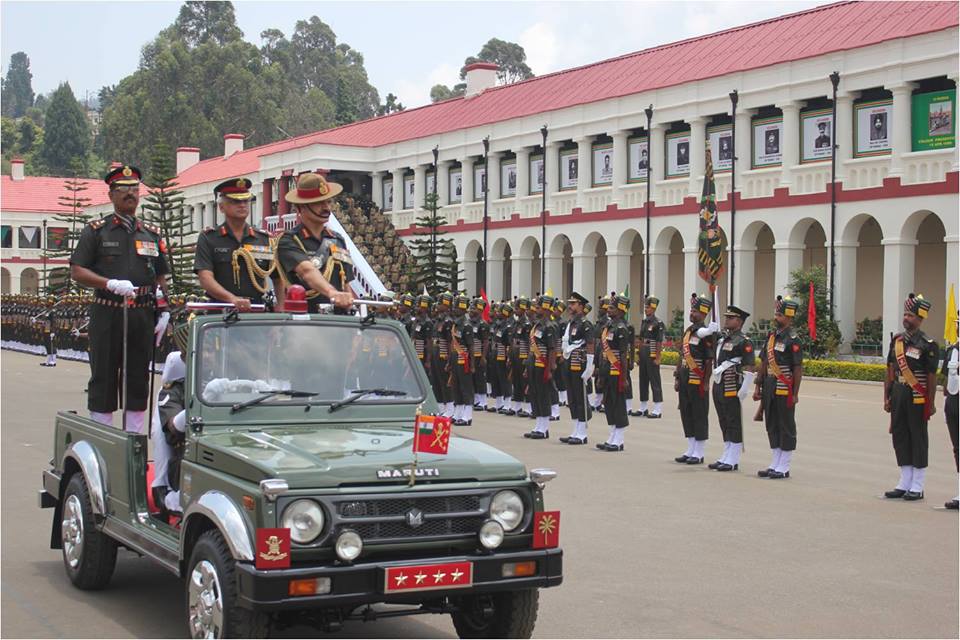 COAS reviewing the Parade at the Madras Regimental Centre