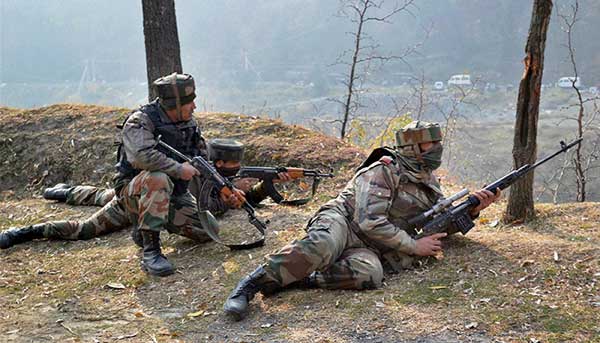 India has been victim of proxy war since 1999. First in Kargil in May 1999 when regular Pakistani soldiers in garb of ‘Kashmir Freedom Fighters’ infiltrated and seized dominating heights across LoC (Line of Control) in Kashmir. In 2001, terrorists supported from across the border attacked the Indian parliament and came very near to destroying the political leadership of the country. More daring attacks followed, salient amongst them were the Kaluchak1 massacre in which 30 family members of army personnel were killed. There were several cases of bomb blasts in cities and a failed attempt to wipe out Indian scientific community.2

Several bomb blasts later, on 26 November 2008 terrorists infiltrated from sea and held the city of Mumbai hostage for 60 hours and killed over 166 Indian citizens. A brief look at statistics shows that in the last five years the LeT (Lashkar-e-Toiba) led combine has carried out ten major attacks in which over 625 Indians have been killed and over 3000 have been wounded seriously. Most of the investigations have reached a dead end or the perpetrators have fled to Pakistan.

The LeT led campaign against India is essentially a joint enterprise with Pak Army (through its wing the ISI). LeT led campaign is unique in that it is a virtual proxy war launched by one state against the other by using the tactic of deniability. Late Krishna Menon, India’s defacto foreign minister in the 1950s and early 60, was of the view that “Pakistan views partition as only a beginning. Her idea is to get a jumping off point to take the whole of India. Their minds work in this way- that it was from the Mughals that the British took over. Now that the British have gone back, the Muslims must come back.”3

India responded to the Kargil attack by using all its forces to eventually throw out the infiltrators. The Indians however fought within its own territory and did not cross the LoC. Indian response to the 2001 attack on the parliament was to mobilise its armed forces and threaten a full scale war. But as Pakistan upped the nuclear ante and international pressure mounted on India, it settled for an assurance from Pakistan, guaranteed by the Americans, that it will not permit its territory to be used for such attacks in future. That assurance was breached in Nov 2008.

What is more likely is the takeover of that state by a Taliban like leadership. The assassination of Governor of Punjab by his bodyguard, who was showered with rose petals by lawyers in Lahore, is a pointer in that direction.

Ever since Kargil attack and certainly since the attack on parliament in 2001, India has been searching for a matching response short of all out war to deter future attacks. ‘Cold Start’ doctrine was India’s response to the developing scenario. It envisages that in case of similar terrorist incident India will launch a swift limited attack on Pakistani targets within 24 hours. In essence this has been Indian strategy for last several decades, the only novel element being the swiftness of response.

Despite being in existence for over four years, when the terrorist attack took place in Mumbai in Nov 2008, India failed to respond.

It is obvious that the existence of ‘Cold Start’ strategy failed to deter such attacks and there is no guarantee that it will do so in future. The greatest danger is that emboldened by the earlier success, the Pak based terrorist groups may attack more ambitious targets like oil refinery on the coast or even a nuclear power plant.

The very idea that a limited conventional conflict can take place even under a nuclear overhang is questionable. Pakistan has been swift in exploiting this flaw (since it takes two to tango) by denying the possibility that the conflict would be ‘limited’ and raising the spectre of nuclear exchange. This has paralysed the Indian decision making in the past and likely to do so in future. Does it mean that India has no options short of nuclear ‘harakiri’?

Fortunately the four decade old ‘Cold War’ between the US and erstwhile USSR, specially the American dilemma in Europe and Asia, offers some valuable lessons and insights to Indian policy makers. This article aims to bring to bear ‘Cold Logic’ on the dilemma faced by India.

…a limited conventional conflict can take place even under a nuclear overhang is questionable. Pakistan has been swift in exploiting this flaw by denying the possibility that the conflict would be ‘limited’ and raising the spectre of nuclear exchange.

Right at the outset it must be asserted that the Indian policy makers and military must get out of the pre-nuclearisation mindset. Deterrence is a product of capability and credibility, with the later being as important as the former. Clear signals, laying down realistic ‘Red Lines’ and overt plans, are all part of the deterrence regime. Secrecy is no longer a virtue and it is time India got out of the mindset of bizarre concepts like ‘Recessed Deterrence’4 and ‘Minimum Deterrence’. The only deterrence is ‘credible deterrence’ that works. Another deep rooted mindset in the Indian military thinking that needs to be eradicated once for all is the tendency to separate the nuclear and conventional forces. The nuclear forces do not exist in a vacuum, there is an umbilical link between the two.5

Changing Geo Politics of the Region

Almost with the independence in 1947, India got sucked into the ‘Cold War’ rivalry between the US and USSR. Right till 1970s, what India faced was a proxy US threat via Pakistan. The threat became even more pronounced after 1972 when the Sino-US alliance came into existence. Even the acquisition of nuclear weapons by Pakistan in the 1980s was a joint Sino-US enterprise.6 China’s collaboration with Pakistan in nuclear field, either directly or through its North Korean proxy is also a matter of record.

It must be however accepted that till Reagan era, the US was circumspect and its actions in Pakistan were more in relation to the threat it perceived from erstwhile USSR. It was a kind of ‘collateral’ damage as far India was concerned. But after the demise of Soviet Union and definitely after the year 2000, Pakistan is increasingly a Chinese proxy. Sixty percent of its military wherewithal is Chinese supplied. While China is certainly much less advanced than the US, but Chinese interest in Pakistan is ‘direct’. Thus it will be appropriate for India to view the challenge as Sino-Pak threat rather than purely a Pakistani one. Indian ‘Cold Start’ doctrine ought to take into account the China connection as well.

It has long been predicted that Pakistan is likely to become a failed state. This ignores the very strong ‘negativity’ factor that unites Pakistan. What is more likely is the takeover of that state by a Taliban like leadership.

India has failed to grasp certain salient issues that lie at the root of failure of regional peace process. These are,I

It has long been predicted that Pakistan is likely to become a failed state. This ignores the very strong ‘negativity’ factor that unites Pakistan. What is more likely is the takeover of that state by a Taliban like leadership. The assassination of Governor of Punjab by his bodyguard, who was showered with rose petals by lawyers in Lahore, is a pointer in that direction.7

India had in place a threat of ‘massive conventional retaliation’ for any aggression by Pakistan in place right up to 1965. In response to Pakistani attack in Chhamb on 1 Sep 1965, it launched an all out attack on Punjab on 6th Sep. The Americans similarly faced a problem of Soviet conventional threat to Europe (a la Kashmir) and for some time till their nuclear monopoly lasted threat of massive retaliation was credible.

But once the Soviet Union acquired nuclear weapons in 1949, this seemed unlikely as it would put American homeland at risk in order to save Europe. Mr John Foster Dulles, the US Secretary of State in speech in New York in January 1954 , warned, “Local defences must be reinforced by further deterrent of massive retaliatory power… the basic decision was to depend upon a great capacity to retaliate, instantly , by means and at places of our choosing..” The Soviet test of an ICBM in 1957 made the strategy of massive retaliation virtually redundant. Soviet sponsored proxy wars continued in many parts of Asia and Africa. It is in these conditions that the Americans, under project “Vista” developed smaller nuclear weapons, 10 to 100 kilo tone, and classed them as ‘tactical’ weapons to be used against the Soviet conventional forces in Europe. The Soviets, however never accepted the theory and, maintained that they will regard this as the start of a general nuclear war.8

…despite the end of Cold War, the world is still en Gulfed (pun intended) in conflicts of varying intensity.

Almost throughout the Cold War, the Americans stubbornly stuck to their position. In order to reinforce their resolve, the Americans deliberately delegated the authority for use of tactical nuclear weapons to the theatre commanders while the rest of the nuclear arsenals remained firmly under the control of the US President. It was to enhance the ‘credibility’ of NATO’s doctrine of tactical nuclear weapons that McNamara ushered in the strategy of flexible response, to replace the unworkable theory of Massive Retaliation.

In order to justify his theories of ‘flexible response’ McNamara put forward a concept of ‘city exchanges’ during a nuclear war. Another major contribution was the development of ‘Counter Force’ strategy. A force specially designed and created to target the enemy’s retaliatory capability.9

On 23 March 1983, in an important address to the American people, the American President Mr. Ronald Reagan announced a new security strategy for the US, the Strategic Defence Initiative (SDI),

“What if free people could live secure in the knowledge that their security did not rest upon the threat of instant retaliation to deter a Soviet attack? (instead what if) we could intercept and destroy the strategic ballistic missiles before they reached our own soil or that of our allies?”10

The main point that Reagan made was that in near future technology was likely to become available and affordable to think of defence as the corner stone of security rather than deterrence based on retaliation. As sugar coating he held out the possibility that at some future date it should be possible to do away with nuclear weapons altogether.