Troops summoned from the Army locally were not used in counter terrorism work but only to secure the external boundaries. There was no Operations Centre in Mumbai to coordinate activities. Failure of senior officials charged to take decisions has been passed off as a “systemic failure”. All these issues are relevant when we look at coastal security in a holistic fashion; physical resources are, no doubt, important, but they alone, will not be enough. Finally, this piece of the jigsaw must be put at its appropriate place within the overall mosaic of the country’s maritime security

The Imperatives of Coastal Security

India has a coast line of just over 7500 kilometers. On this stretch lie 13 major and nearly 200 minor ports. These, together, account for over 600 million tons of goods going out and coming in, valued at $ 500 billion in 2008-09 and doubling every five to six years. Of this, energy imports alone will total 100 million tons by 2013. So, there are thousands of ships of all sizes operating from these ports. Almost all cargoes nowadays are shipped in containers but we have no mechanism of X-raying them on arrival or requiring such certification. 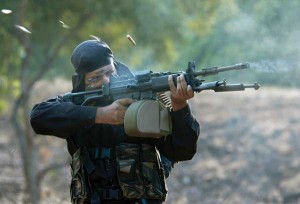 An American led Container Security Initiative, which would make it mandatory for containers to be X-rayed, has not received acceptance by India because the Left parties saw in it an insidious effort to subvert our sovereignty. Since all our cargoes reaching US ports have to have X-ray certification without which they will not be accepted, we have been left looking foolish, only leaving ourselves vulnerable. Almost anything can be carried in containers including narcotics, arms and explosives, even illegal migrants, so this is a very serious lacuna.

There are also hundreds of fishing villages located all round; on the Gujarat and Maharashtra coast alone there are more than 60,000 boats engaged in fishing and checking every one of them is impossible. Yet, many of them do not carry authorization permits or registration papers, making it easy for intruding boats to mingle with them and slip in. Then there are offshore platforms engaged in exploitation of oil and gas, quite vulnerable to clandestine attack. Their security is vital for the nation’s economic growth. It can not be ensured if we do not have adequate capabilities and mechanisms in place. 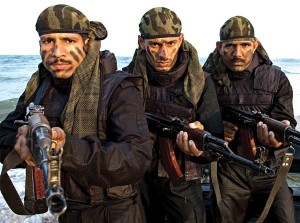 Clearly advance information of activities inimical to our interests, or Intelligence, is the first requirement. This comes from two basic sources, humans and electronics. The first is self evident — it requires penetration of the enemy’s cadres and is critical to prevention of

terrorist activities. The second includes all kinds of interceptions, viz. telephone chatter, emails, location of transmitters and own coastal radars. Whatever is the source, and there might be more than one coming in at different times and from several sources, the inputs will be ‘unactionable’ unless they are gelled together and analyzed and then disseminated. The task is clearly a very difficult one but that is what gathering intelligence is all about-collating, understanding, disseminating. Coastal radar stations are a link in the detection chain but in an area where there are thousands of small contacts of own fishing craft, it is not easy to even detect them, much less identify friend from foe. Further, they can not be kept on all the time and therefore redundancy, including in power supply will have to be provided apart from the manpower required for each station. So, the challenge is quite formidable and it will be facile to think otherwise.

The next line of defence is physical patrolling of the waters by ships and aircraft. This is also a psychological deterrent to potential miscreants but not difficult to breach by a determined adversary. First, for patrols to cover the entire sea area and at all times will require resources which no country can afford and even then the sanitization might not be complete. To investigate the bona fides of even a hundred fishing boats daily requires hours of tedious work during daylight; at night it is next to impossible.

Aircraft can cover larger areas more speedily but their endurance is limited; they are also ineffective in vessel identification and check for which surface ships must be called to the scene. So, an optimum mix of patrolling platforms carrying out random searches in unpredictable ways is the only viable option. The vessels have to be small, for shallow waters near the coast, medium sized for areas farther away and still larger for operations in the open sea. The first will have least staying power on task while the last will have the most. They will, often, have to move in and out of the areas assigned to them and overlap into those of others. Good real two way communications between these craft and between them and Operations Centres on shore are absolute imperatives for meaningful work.

Yet another facet is to devise means to counter merchant vessels with sinister intentions which could include blowing up large quantities of explosives when docked or scuttling themselves at entrances of ports with narrow channels thereby closing all traffic, to and from, for several weeks. Many of our major ports fall in this category. One answer is not to allow any ship within about one hundred miles of our coast if it does not identify itself through an Automatic Identification System (AIS). The USA follows this practice rigidly, but we are diffident in doing so. Even this AIS requirement applies only to vessels over a certain size, 300 tons, and smaller ones could still slink in. For such crafts of Indian registry, a system of transponders is needed to separate those who we know from those we do not.