Chinese incursions are making headlines in the Indian Press. It is good. Not because the Chinese persist in trespassing into Indian territory, but because the media bring some light onto such disturbing happenings. Instinctively, not to say genetically, the Indian leadership prefers to hide the truth, to not ”hurt our Chinese neighbours’ feelings” or “makes things worse”.

In pure Indian diplomatic tradition, Foreign minister SM Krishna stated: “With China, I think the boundary has been one of the most peaceful. So, there is no issue on that.” He added that there “is a built-in mechanism which is in place and which takes care of such incursions. India has so far acted with restraint maintaining that the Line of Actual Control (LAC) with China is not very well defined.” 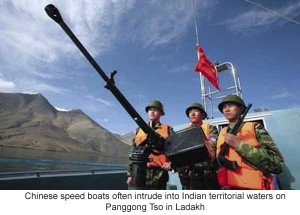 We could ask a question, why is the LAC not well defined? What is the point for successive NSAs to meet (13 times already since 2003), if they are not even able to define an ‘actual’ line? Apart from the fact that it proves the insincerity of the Chinese side which is not ready to make a first step to cool the tensions, the exercise seems a waste of public money.

This time, the Army had the courage to acknowledge the facts. The Army Chief, General Deepak Kapoor admitted that India had lodged a protest with Beijing on the incursion of a Chinese helicopter into Indian territory and the painting of some rocks in red.

The Press reported that “the army is gathering evidence from the spots where Chinese troops had painted rocks”. What does ‘gathering evidence’ mean? Does it imply that the Army is not aware of what is happening on the LAC in actual time? It is a serious and worrying lapse.

This shyness of the Indian politicians and officials is not new. It is probably a genetic feature of the Foreign Service.

“¦the insincerity of the Chinese side which is not ready to make a first step to cool the tensions, the exercise seems a waste of public money.

In May, while spending some leisure time in Munsyari, the last town before the Indo-Tibet border in the Kumaon Hills, I located the ‘historian’ of area. Till the 1962 War, this tehsil used to be the main center for business with Western Tibet. Most of the Bothias, the local tribes lived on trade. Caravans used to depart from Milam, a village in Johar Valley, north of Munsyari and proceed to the trade markets around the Kailash-Mansarovar area. The old ‘historian’ told me a story which flabbergasted me.

A gentleman native to the area, called Lakshan Singh Jangpangi, had joined the Foreign Service in the forties as a senior accountant in Indian Trade Mart of Gartok, east of the Kailash. In 1946, he was promoted to the important post of British Trade Agent. When India became independent, he continued to serve in the same position till he was transferred to Yatung in 1959. I was told that Mr Jangpangi, who from Gartok had a panoramic view on what was going on in Western Tibet, had informed his Minister (Jawaharlal Nehru) that the Chinese had started to build on the arid Aksai Chin plateau. It was 1951-52. 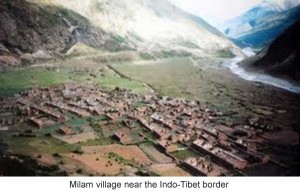 Crossing the Indian territory, the road only became the object of official correspondence with the Chinese Government seven years later. It was finally debated in the Parliament in 1959. Probably, the government did not want ‘to hurt Chinese sentiments’ or believe that time would solve the issue.

The most ironic part of the story is that Jangpangi was awarded the first Padma Shri Award given to a Kumaoni ‘for his meritorious services’. Was it for breaking the news or for having kept quiet? We will probably never know. Today, if a courageous historian requests one day the government to declassify this file, he will be quoted Article 8 (1) (a) of the Right to Information Act: “there shall be no obligation to give any citizen, information, disclosure of which would prejudicially affect the sovereignty and integrity of India, the security, strategic, scientific or economic interests of the State”.

The policy of the Indian government was to keep the matter quiet and eventually mention it “˜informally to the Chinese officials.

The Chinese incursions continued in the fifties in Garwal (Barahoti), Himachal Pradesh (Shipkila) and then spread to Ladakh and NEFA. Mao’s regime could have only been encouraged by the Government of India’s feeble complaints. Delhi was probably satisfied with its seasonal protests and the immediate denials from Beijing. Hundreds of such complaints have been recorded in the 14 Volumes of the White Papers published from 1959 to 1965 by the Ministry of External Affairs.

A telling incident is worth recalling. In September 1956, 20 Chinese crossed over the Shipki-la pass into Himachal Pradesh. A 27-member Border Security Force party met the Chinese the same day. The BSF were told by a Chinese officer that he was instructed to patrol right up to Hupsang Khad (4 miles south of Shipki La, the acknowledged border pass under the Panchsheel Agreement). The BSF were however advised “to avoid an armed clash but not yield to the Chinese troops.” 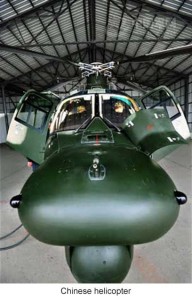 Delhi did not know how to react. A few days later, Nehru wrote to the Foreign Secretary: “I agree with [your] suggestion …it would not be desirable for this question to be raised in the Lok Sabha at the present stage.”

The policy of the Indian government was to keep the matter quiet and eventually mention it ‘informally’ to the Chinese officials.

Finally, the MEA informed Beijing “The Government of India are pained and surprised at this conduct of the Chinese commanding officer.”

This was fifty-three years ago. Is the situation different today?

One more irony: the Chief Minister of Jammu and Kashmir, Omar Abdullah stated that India has the right to respond: “It is our right to respond in case of ceasefire violations.” Of course, he was speaking about Pakistan and the other corner of his State. He would not have dared to use these words with China.

It is depressing. I have an Indian friend, knowledgeable in defense matters, who always tells me that one should not worry, that genes can evolve, even Darwin says so. Is it just a matter or one or two generations for Indians to get Chinese genes? Let us see.