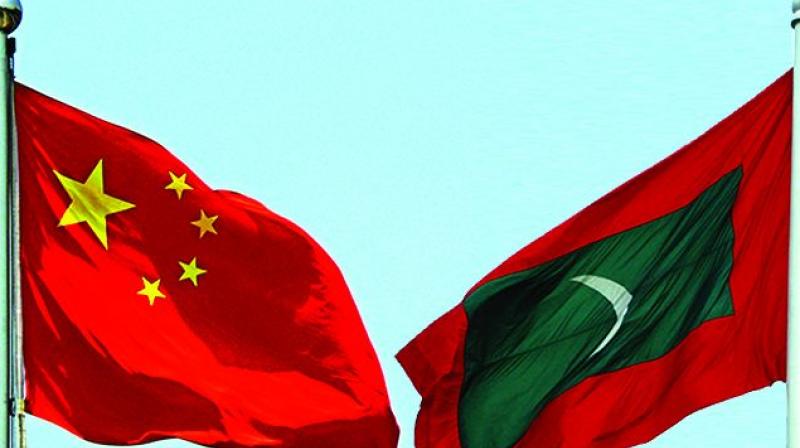 Certain events in Maldives since May 2021 are significant for India-Maldives relations. On May 6, an assassination attempt was made against Mohamed Nasheed, current speaker of Maldives Parliament (People’s Majlis) and President of the ruling Maldivian Democratic Party (MDP). Nasheed served as President of Maldives from 2008 to 2012. He resigned on February 7, 2012, stating next day he was forced to do so “at gunpoint”. The recent assassination attempt was near Nasheed’s home in Male with explosives planted in a motorcycle. Nasheed received multiple shrapnel wounds but survived.

In his first interview to media after the assassination attempt, Nasheed said, “Our politicians, the liberal-minded politicians must come together, must sit down, and must work together so that we have a platform that is more liberal in its outlook.” This indicated Nasheed was not happy with the government’s handling of the radicals.  However, he discounted possibility of any “serious” split between him and Maldivian President Ibrahim Solih and called upon all political parties to “work together with our long time neighbor India and that we should have a special relation with India”. With respect to China, he said, “We call upon China to restructure the debt and it still hasn’t happened”, adding, “It will be going to be very difficult to pay back the money.”

On June 7, 2021, Maldives Foreign Minister Abdulla Shahid was elected as President for the 76th session of the UN General Assembly (UNGA) commencing in mid-September. India had supported Shahid’s election as UNGA president. However just before this, a local web journal of Maldives and certain sections of media began character assassination of an Indian diplomat posted at Male with recurring social media posts attacking the dignity of the High Commission and its staff. This development came out of the blues but obviously pre-planned with the intent to damage India-Maldives relations. It led to the Indian High Commissioner sending a letter to Maldives’ Foreign Ministry describing  how these attacks were motivated, malicious and increasingly personal that could affect the efficient performance of  functions of the High Commission and damage the time-tested and mutually beneficial bilateral relations.

The Maldives Foreign Ministry issued a statement advising the local media to respect foreign diplomats. Concurrently, the security of the Indian High Commission was tightened – same as was earlier done for the Chinese Embassy. But on July 13, Mohamed Nasheed announced breaking off political alignment with President Ibrahim Solih, called for a referendum to switch to a Parliamentary system and indicated he would run for President in 2023. Most significantly, Nasheed also said, “It does not matter to me if some MDP members are unhappy with this, but if former President (Abdulla) Yameen and his PPM (Progressive Party of Maldives) support moderate religious views, I will ask for their help.”

On July 14, Prime Minister Narendra Modi dialed President Ibrahim Mohammed Solih and discussed bilateral relations including Indian assistance to Maldives in battling the Covid pandemic. During the call, Modi termed Maldives a central pillar in India’s ‘Neighbours First’ policy and India’s maritime vision of Security and Growth for All in the Region (SAGAR)”. Modi also  congratulated to Solih for the election of Foreign Minister Abdulla Shahid as the President of UNGA. Solih thanked India for its decision to renew the quota for the import of essential commodities for a period of three years. A statement released by MEA read, “Both leaders reviewed the progress of the India-supported development projects in the Maldives and expressed satisfaction at the rapid pace of implementation despite the constraints of the Covid pandemic.”

On June 21, Maldives Foreign Minister Abdulla Shahid arrived in India on a three-day official visit, this being his first foreign visit after being elected UNGA President. He had earlier visited India in April 2021 as the Foreign Minister. Shahid called on PM Modi and held discussions with External Affairs Minister S Jaishankar on key international, multilateral, regional and bilateral issues of mutual interest. An Agreement for High Impact Community Development Projects to be implemented with Indian grant assistance in the Maldives was signed during his visit. Shahid delivered a virtual public address titled ‘Presidency of Hope: COVID Pandemic and Need for Reformed Multilateralism’ on July 23 at the Indian Council of World Affairs (ICWA) – sharing his vision for UNGA.

Shahid’s visit to India was concurrent to the raging Pegasus controversy. Speaking to media on July 22 he said, “Privacy is a right protected by constitutions of all civilized countries and it has to be respected.” Asked whether there was a need to enhance the existing framework to address issues relating to privacy, he replied in the affirmative and said, “The digital privacy regime that rules digital communications is an area which needs to be seriously looked into (by the global community).”

Abdulla Yameen heading the PPM is a well known Chinese protégé. During his tenure as President of Maldives from November 17, 2013 to November 2018, China was able to debt-trap Maldives to an extent that meeting the repayment schedule is a major problem for the Solih administration now. Nasheed himself admitted that despite requests China is not restructuring the debt and it will be very difficult for Maldives to pay back the money. Under the circumstances, Nasheed looking for Abdulla Yameen’s support needs to be looked closely though there are no permanent affiliations in politics and who will know it better than us Indians.

Abdulla Yameen proved he had no compunction in putting the sovereignty of Maldives up for sale to Beijing. So is there something more to Nasheed seeking Yameen’s support? The campaign by sections of the Maldives media to malign the Indian High Commission is no surprise because China simply buys out the media, be it the US, UK or India. China also has the advantage of proxy muscle power in Maldives with IS, al-Qaeda and Lashkar-e-Taiba (LeT) footprints in Maldives – all of which are linked to Pakistan’s ISI. It is on record that youth from Maldives have been going to Pakistan since 2005 for training with the LeT. This was the primary reason for infusing radicalization in Maldives which is on the rise.

China has always planned and will continue endevouring to install a logistic support base in Maldives – one of the 19 odd it wants to establish in the Indian Ocean. Having debt-trapped Maldives as part of the same plan it will use every trick fair and foul to achieve that aim.  Signing of the ‘Framework for U.S. Department of Defense-Maldives Ministry of Defence Defense and Security Relationship’ on September 10, 2020 would have caused Beijing to reevaluate its approach. Presently, the Solih administration does not appear to be in danger despite the split in MDP engineers by Nasheed but has China bought over Nasheed?

When forced to resign as President, Nasheed was looking for Indian support to reinstate him but unlike China India does not interfere with internal politics of other countries as a matter of policy. Has China capitalized on that and promised Nasheed the reins of Maldives once again with support of protégé Abdulla Yameen, even as Beijing may be planning to reinstate Yameen with Nashhed his deputy? Either way India will need to be careful because Maldives sliding back under Chinese influence could  be catastrophic.

One thought on “Chinese- Checkers in Maldives”