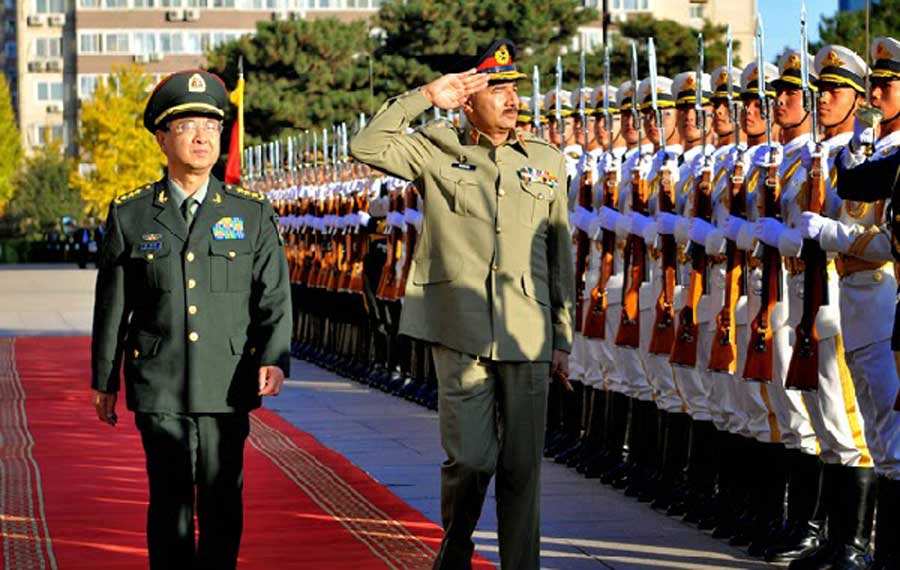 Can China isolate itself from developments happening on the soil of its ‘all weather friend’ Pakistan? Will not the New Silk Road, which will allow free circulation of goods and people, be the perfect vector for further spreading terrorism?

Will not the New Silk Road, which will allow free circulation of goods and people, be the perfect vector for further spreading terrorism?

This week witnessed the frostiest Handshake of the Year.

On the side of the Asia-Pacific Economic Cooperation (APEC) Summit in Beijing, Chinese President Xi Jinping met the Japanese Prime Minister Shinzo Abe and after years of tension in the East China Sea, they shook hands. BBC World Service said:

“The most awkward handshake ever? The body language between China’s president and Japan’s prime minister looked decidedly frosty.”

Twenty seconds worth watching (especially, the faces of the 2 leaders)! But that was a thaw, a small beginning!

Also, US President Barack Obama and Russian President Vladimir Putin ‘circling each other warily at a global summit in China’ as Associated Press put it: “On the surface, were all niceties — a pat on the back here, a pleasantry there,” but tough goings during three separate encounters.

And the most awkward — in a chilly night of Beijing, a chivalrous Vladimir Putin’s wrapped a shawl around the shoulders of Peng Liyuan, Xi Jinping’s wife. That is just not done in today’s China.

The South China Morning Post said that the incident was soon “scrubbed clean from the Chinese internet, reflecting the intense control authorities exert over any material about top leaders.”

It was probably better for Narendra Modi to have skipped altogether the mega event. His presence could have hardly helped advance India’s interests.

…general however added something worrying for India: “Pakistan takes enemies of China as our own enemies. We fight against Taliban; we fight even more vigorously against any enemy of China. That’s how much we love the Chinese brother.”

Indirectly interesting for India was Xi Jinping’s pledge to grant $40 billion to a Silk Road Fund for the infrastructure of his pet project. Xi stated this would alter the economic landscape of a vast area stretching from Asia to Europe. It could ultimately be a conduit for destabilising the Middle Kingdom.

As Xi met with leaders of Bangladesh, Cambodia, Laos, Mongolia, Myanmar, Pakistan and Tajikistan, he made a five-point proposal to promote the interconnectivity in the larger region.

Some of China’s neighbours immediately applauded. Ashfaqur Rahman, former Bangladesh ambassador to China, affirmed: “Revival of the ancient Silk Road will also help to further deepen ancient ties with countries in the region, including Bangladesh.”

It is not clear how the new Silk Road Economic Belt would reach Bangladesh, though Xi’s second baby, a 21st Century Maritime Silk Road, will certainly use Bangladesh’s harbour facilities.

Amazingly, Xinhua quoted Rahman saying the project would contribute immensely for easy exchange of knowledge and ideas, who cited the construction “of a second rail line, this time from Lhasa to Nyingtri to the east, parallel to India’s Arunachal Pradesh.” Probably the first time, that Xinhua speaks of ‘India’s Arunachal Pradesh’.

On the sidelines of the Summit too: “Islamabad pledges assistance in Beijing’s anti-terror fight against militants said to be active in the restive western Xinjiang Uygur Autonomous Region,” said Reuters.

Don’t laugh! It is what the Pakistani Prime Minister Nawaz Sharif stated during his meeting with President Xi Jinping.

Though most analysts doubt the existence of organised terror groups in Xinjiang, Beijing regularly blames ‘terrorists’ of the East Turkestan Islamic Movement for carrying out attacks in the restive region.

This did not stop Sharif to tell Xi that Pakistan would “continue to resolutely fight the East Turkestan Islamic Movement terrorist forces.”

This tall promise comes at a time when the Islamic State in Iraq and Syria (ISIS) also known as Islamic State (IS) is said to have heavily recruited in Baluchistan.

This tall promise comes at a time when the Islamic State in Iraq and Syria (ISIS) also known as Islamic State (IS) is said to have heavily recruited in Baluchistan.

The Dawn mentioned a recent ‘secret report’ in which the IS claimed to have recruited “a massive 10 to 12,000 followers from the Hangu and Kurram Agency tribal areas”. The report from the Home and Tribal Affair Department of Balochistan admitted: “It has been reliably learnt that Daish has offered some elements of Lashkar-e-Jhangvi (LeJ) and Ahl-e-Sunnat Wai Jamat (ASWJ) to join hands in Pakistan.”

The IS would plan to attack military installations and Government buildings in Khyber Pakhtunkhwa in retaliation to the army-led Zarb-i-Azb operation in North Waziristan and also target members of the minority Shia community.

The warning comes days after six top commanders of the outlawed Tehreek-i-Taliban Pakistan (TTP) have announced their allegiance to the new caliph Abu Bakar Al-Baghdadi.

Can China isolate itself from these developments happening on the soil of its ‘all-weather friend’? Will not the New Silk Road, which will allow free circulation of goods and people, be the perfect vector for further spreading terrorism?

In HuffPost, Nathan Williams rightly wrote: “The geographical separation [with West Asia] does not mean China is completely safe; the Islamic State does not have to attack the area in order to bring chaos and conflict to Western China. According to Wu Sike, China’s Special Envoy to Middle East, over a hundred Uighur have enlisted with the Islamic State. Should these insurgents return to Xinjiang with weapons and combat experience, the possibility of organised terrorist attacks made against China will increase dramatically.”

Has Xi Jinping thought of this possibility? He can’t certainly be reassured by the Pakistan’s empty words.

One thing is for sure: China takes more seriously the issue of terrorism than Pakistan. It would perhaps be in the interest of the leadership in Beijing to close down the branch of the New Silk Road going to Pakistan…

On October 16, China Military Online reported that Major General Asim Saleem Bajwa, director general of Inter Services Public Relations of Pakistan, was on a 5-day visit to China. The general bragged that the border management between China and Pakistan was very effective, and the security on both sides was closely coordinated.

Bajwa denied the rumour that terrorists from China’s Pishan County were trained in Pakistan: “There are no facilities or infrastructure for any training by any kind of terrorists across the China-Pakistan border”, he asserted.

The good general however added something worrying for India: “Pakistan takes enemies of China as our own enemies. We fight against Taliban; we fight even more vigorously against any enemy of China. That’s how much we love the Chinese brother.”

It is touching, isn’t it?

Bajwa said the 125 tons of explosives were recently confiscated and over 1,000 terrorists apprehended or killed, “The operation now enters the last phase and has made remarkable achievements.”

If true, it is good, but what about The Dawn’s information?

China Military Online reported that the Pakistani Chairman of the Joint Chiefs of Staff Committee, General Rashad Mahmood was also seen in Beijing, beginning of November. He met the Vice Chairman of China’s Central Military Commission Xu Qiliang who hailed ‘the mutual support between China and Pakistan on core-interest related issues’.

Rashad answered that his country supported China’s core interests: “That will not change … as fighting terrorism is a key issue for both countries.”

He thanked China “for its support of Pakistan’s sovereignty, independence and security.” Does it mean that without China, Pakistan would cease to exist?

In the meantime, China has jailed almost two dozen people, including ‘wild imams who preach illegally’ in Xinjiang.

Xinhua announced that during a mass public sentencing, 22 suspects were sentenced to prison terms ranging from five to 16 years.

One thing is for sure: China takes more seriously the issue of terrorism than Pakistan. It would perhaps be in the interest of the leadership in Beijing to close down the branch of the New Silk Road going to Pakistan and let their ‘loved Pakistani brothers’ sort out their own problems (‘remain in their own juice’, as the late B Raman once wrote). The new Silk Road could certainly wait.