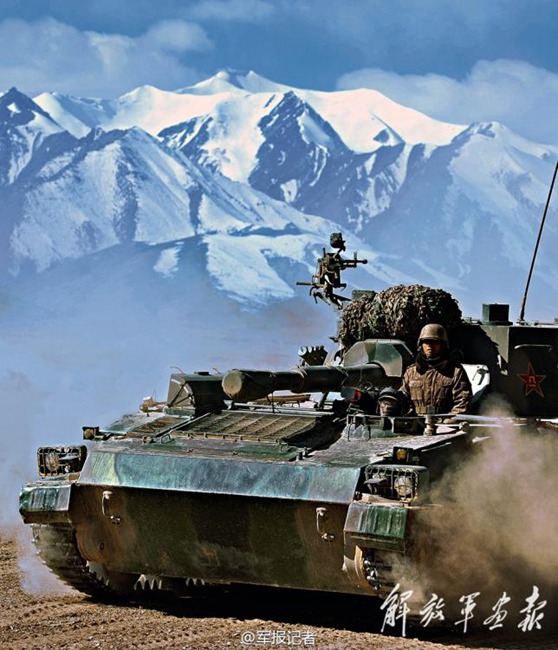 Ever since the Communists came to power in China in 1949, their leaders gave enough hints to convey that the success of communist revolution was only a beginning of ushering in tectonic shift in the balance of post-World War II world. They did not go to the roof tops to announce it, but their intentions were made quite clear through the stand they adopted on various international issues.

India, Inner Mongolia, East Turkmenistan, and Tibet were the first countries on its periphery which experienced the power of resurgent China a few years after the Communists had taken control of the mainland China. So taken in were Pandit Nehru and his communist accomplices by the success of the Communists revolution in China that India, did not contend the Chinese occupation of Tibet and later ignored the intelligence reports of Chinese constructing National Highway G 219, connecting Lhasa in Tibet with Kashgar in Xinjiang, as a prelude to gobble up Aksai Chin in Eastern Ladakh. H

owever, by early and middle of sixties, the Chinese hunger for expansionism beyond what India helplessly stood by and gave away, started ringing the bells in the minds of even their best admirers in India. Even after India quietly acquiesced in the Chinese gobbling up Aksai Chin, the latter did not stop at that. Their continued forays into India resulted in the 1962 war; a war that China ludicrously termed as a “defensive counter-attack” and an example of “teaching India a lesson”.

Later, emboldened by their Indian experience, Chinese tried to grab some parts of Vladivostok from Soviet Union, a communist brother. The Soviets were not humored by the Chinese intransigence. A few thousand shells fired from Soviet Grad Batteries (India’s Pinaka) ensured that China quietendown for many years.

But China’s desire to replace the Soviet Union as the second pole of international power structure continued unabated. Breakup of the Soviet Union in 1989, gave China a clear opportunity to fulfill what it saw as its historic destiny.

In the meanwhile, in 1977, China under the leadership of the ‘Great Helmsman’ Deng Ziao Ping embarked on the path of economic liberalization. Western nations welcomed this Chinese economic revolution as they felt that this opening up of Chinese economy will help China come out of its recluse-like existence and contribute to the world peace. As the most populous nation of the world and a nuclear power at that, the international community clearly saw the dangers of China’s existence as a closed society living in self-imposed isolation.

Consequently, China’s economy grew at a galloping speed. But Deng Zao Ping was smart enough to see the danger of China being viewed as a domineering power and therefore, advised the CPC leadership to, ‘Bide your time and hide your Strength’.

This is what China did, while at the same time building their strength in myriad sectors; economy, infrastructure, defence, education, Industry, health, etc. In fact, the U.S, in order to neutralize the Soviet influence, had, from 1972 onwards, gone out of its way to embrace the communist giant.

As the Chinese economy improved post-liberalization in 1977, lakhs of Chinese students went to U.S and other advanced western universities to obtain modern education. During this period Chinese economy grew at 9.67% between 1977-86, 10.23% for the next decade till 1996 and 9.49% in the decade ending 2006. Though it slowed down in the decade after that to 8% (2007-2017), and thereafter till 2019 at 6.6%, the fact is that the high average growth rate created a prosperous middle class with millions being brought out of poverty.

The per capita income rose from USD 185 in 1977 to USD 10,263.710 in Dec 2019. China invested heavily in innovation, IT, AI and various state of the art scientific and technological advances. Its huge size of economy of around USD14tn enabled it to spend heavily on the modernization of its armed forces. Most of its heavy-duty equipment for fighting a modern war are manufactured in the country itself, thus saving the precious foreign exchange.

It is a fact that its armaments and equipments cannot match the technical standards/sophistication of either the U.S or some of the European countries, yet its self-reliance for such equipment precludes it dependence on others. China intends to overcome the deficiencies in quality by the abundance of quantity which its factories can produce.

In recent years, particularly after Xi Jinping gained absolute power in China, i.e. General Secretary of the Chinese Communists Party, President of China and Chairman of the all powerful Central Military Commission, Xi has shown a bit of haste and impatience in throwing caution to winds and leaving reticence behind and flexing his muscles to openly claim the second pole of the Unipolar world; a situation that resulted after the cold war ended in 1989, with the break-up of Soviet Union.

Xi’s forays into South China Sea, open challenge to the U.S by threatening its close allies, i.e., South Korea, Philippines and Japan, repeated spats with Taiwan, almost bordering on aggressive military posturing and going back on the assurance given to Hong Kong of ‘One country Two Systems’, clearly point to Xi’s resolve to challenge America’s international leadership, at least in Indo-Pacific region.

But China’s most audacious move was its aggressive military posturing on the Line of Actual Control that it shares with India, after its occupation of Tibet in early fifties. Though these incursions have been a regular phenomenon every summer, but the one in 2017 at Doklam and now in eastern Ladakh indicated a totally different mindset.

While the world was busy managing the mayhem let loose by the Chinese propagated Covid-19 virus, Xi was well into implementing his scheme that would formally announce China’s arrival as a new super power. Huge military buildup in Tibet, construction of fortifications well within the India side of perceived LAC at North Pangong Tso, Depsang and Gogra/ Hot Springs areas made it abundantly clear that China was prepared to bite the bullet.

After having emerged as the un-disputed strong man of China with complete control of the Party/Government and defense forces, Xi knows pretty well that he must leave behind a legacy; what better than being acknowledged by the world as an undisputed challenger to the U.S standing in the world. Xi’s assessment is quite clear; In Asia, if it can show down India and project the latter as of no consequence, a major part of his battle is already won. Showing India its place has another advantage; this will destroy PM Modi’s image and will perhaps remove him from India’s political scene. Why is this so important?

For the simple reason that seventy years after India’s independence, India has found a resolute leader, incorruptible and willing to stand upto the bullying by other countries, big or small. Xi understands it well that a decade more of Modi-rule in India will certainly see India posing  an unassailable challenge to it (China). Therefore, this is the time. If China cannot gain too much territory, it can, at least, punish PM Modi, who has dared to call China’s bluff.