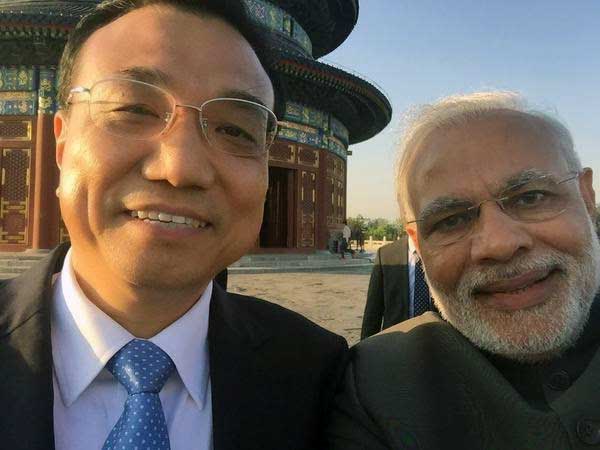 A few months ago, a European diplomat confidentially told me, ‘in fact, the job of Modi is just to undo the knots in which the UPA tied up India in the past’. He was probably thinking of the complex Defence Procurement Policy (DPP) put in place by A.K. Antony, the UPA’s Defence Minister, who made the DPP so complicated that it became impossible for India to arm itself or even ‘make arms in India.’ This is the sad story of the Rafale deal; finally, during his recent visit to France, Prime Minister Modi had cut the MMRCA ‘bind’ and buy a few airplanes ‘off-the-shelf’.

The Joint Statement does not say that India should have a permanent seat with veto power, like China has. This is really ingratitude from China’s side.

Unfortunately, it is not only in defence issues that the previous governments have entangled India into insolvable predicaments.

The case of a seat in the United Nations’ Security Council is a stark one.

After Modi’s meetings with President Xi Jinping and Premier Li Keqiang, I was curious to see what the Joint Statement would say on this issue and if China’s position had moved. I thought that if Beijing is truly keen to enhance the trust between India and China, it should make a gesture and sponsor India’s candidature to the Security Council. Unfortunately, it did not happen.

The Joint Statement says: “The two sides support a comprehensive reform of the United Nations, including recognizing the imperative of increased participation of developing countries in UN’s affairs and governance structures, so as to bring more effectiveness to the UN. China attaches great importance to India’s status in international affairs as a large developing country, and understands and supports India’s aspiration to play a greater role in the United Nations including in the Security Council.”

It does not say that India should have a permanent seat with veto power, like China has. This is really ingratitude from China’s side.

One remembers the 1955 Soviet offer to sponsor India’s case for a permanent seat.

Nehru replied that India is not anxious to enter the Security Council at this stage, even though as a great country she ought to be there. The first step to be taken is for China to take her rightful place and then the question of India might be considered separately.

Sarvepalli Gopal wrote in his 3-volume biography of Nehru: “He [Jawaharlal Nehru] rejected the Soviet offer to propose India as the sixth permanent member of the Security Council and insisted that priority be given to China’s admission to the United Nations.”

Now some ‘experts’, like A.G. Noorani have argued that Nehru did the right thing as ‘the offer was unlikely to materialize’.

Soviet Premier Nikolai Bulganin had told the Indian Prime Minister: “We propose suggesting at a later stage India’s inclusion as the sixth member of the Security Council”; Nehru had replied: “This is to create trouble between us and China. We are, of course, wholly opposed to it. Further, we are opposed to pushing ourselves forward to occupy certain positions because that may itself create difficulties and India might itself become a subject to controversy.”

In another letter, Nehru elaborated about India’s position and the reasons to reject the ‘proposals’: “We have, therefore, made it clear to those who suggested this that we cannot agree to this suggestion. We have even gone a little further and said that India is not anxious to enter the Security Council at this stage, even though as a great country she ought to be there. The first step to be taken is for China to take her rightful place and then the question of India might be considered separately.”

But there is more. Recently, a young scholar, Anton Harder, working on his PhD at the London School of Economics, went through the Vijayalakshmi Pandit Papers kept at the Nehru Memorial Museum & Library in Delhi.

Harder found that in August 1950, Mrs. Pandit, then posted as Ambassador to the US, wrote to her brother: “One matter that is being cooked up in the State Department should be known to you. This is the unseating of [Nationalist] China as a Permanent Member in the Security Council and of India being put in her place. …Last week I had interviews with [John Foster] Dulles and [Philip] Jessup, reports of which I have sent to Bajpai. Both brought up this question and Dulles seemed particularly anxious that a move in this direction should be started.”

Five years before the Soviet offer, Washington was ready to sponsor India for a seat in the Security. A few days later, Nehru answered to Pandit: “You mention that the State Department is trying to unseat China as a Permanent Member of the Security Council and to put India in her place. So far as we are concerned, we are not going to countenance it. That would be bad from every point of view. It would be a clear affront to China and it would mean some kind of a break between us and China.”

One can still regret India’s inaction even today and though Modi can’t officially admit it, India has been suffering due to this ‘lapse’ for the past 65 years.

The Indian Prime Minister added: “We shall go on pressing for [Communist] China’s admission in the UN and the Security Council. …The people’s government of China is sending a full delegation there. If they fail to get in there will be trouble which might even result in the USSR and some other countries finally quitting the UN.”

Thus whole background is all the more shocking as at that particular time, China was preparing to invade Tibet; a position in the UN would have helped India’s prestige and influence. K.M. Panikkar, India’s Ambassador to China knew about the communists’ intention: on August 15, 1950, it had been reported from Hong Kong that Chinese troops had begun advancing towards Tibet’s borders. Nehru too was aware of the impending ‘liberation’: “This invasion of Tibet might well upset the present unstable equilibrium and let loose dangerous forces. Some of our border States will be affected. But I am more concerned with the larger issues which this involves,” he wrote.

What were the larger issues? One of them was the Chinese admission to the UN!

On October 25, when the news of the Chinese invasion became known, Nehru was unhappy, he frankly told Panikkar: “Our views regarding [the] threatening invasion of Tibet and its probable repercussion should have been communicated to them clearly and unequivocally. This has evidently not been done.”

One can still regret India’s inaction even today and though Modi can’t officially admit it, India has been suffering due to this ‘lapse’ for the past 65 years. But in October 1950, for the then Prime Minister: “The Chinese Government’s action has jeopardised our persistent efforts to secure the recognition of China in the interests of world peace have suffered a serious setback.”

The fact remains that in the years to come. Narendra Modi will have a lot of work to untie the many knots left by Jawaharlal Nehru and his advisors like K.M. Panikar and V.K. Krishna Menon.

What to say? The rest is history, sad history.

As Prime Minister Modi arrived in Xi’an, the first leg of his high profile visit to China, I was wondering if he would speak with the Chinese leadership about Tibet. Apparently, he has not!

The ‘T’ word appears only once in the Joint Statement, when the Kailash yatra is mentioned: “The Indian side appreciated the support and cooperation by the Ministry of Foreign Affairs and the local government of Tibet Autonomous Region of the People’s Republic of China to Indian pilgrims for the Kailash Manasarover Yatra …the Chinese side would launch the route for the Yatra through Nathu La Pass in 2015.”

Apart from this reference, nothing on ‘T’.

The fact remains that in the years to come. Narendra Modi will have a lot of work to untie the many knots left by Jawaharlal Nehru and his advisors like K.M. Panikar and V.K. Krishna Menon.

As for the Chinese, the least that one can say is that they have shown little gratitude towards India; Indian leaders should know that till today, Beijing has been unable to appreciate kindness and generosity.

One thought on “China visit and after – Undoing Nehru’s folly”