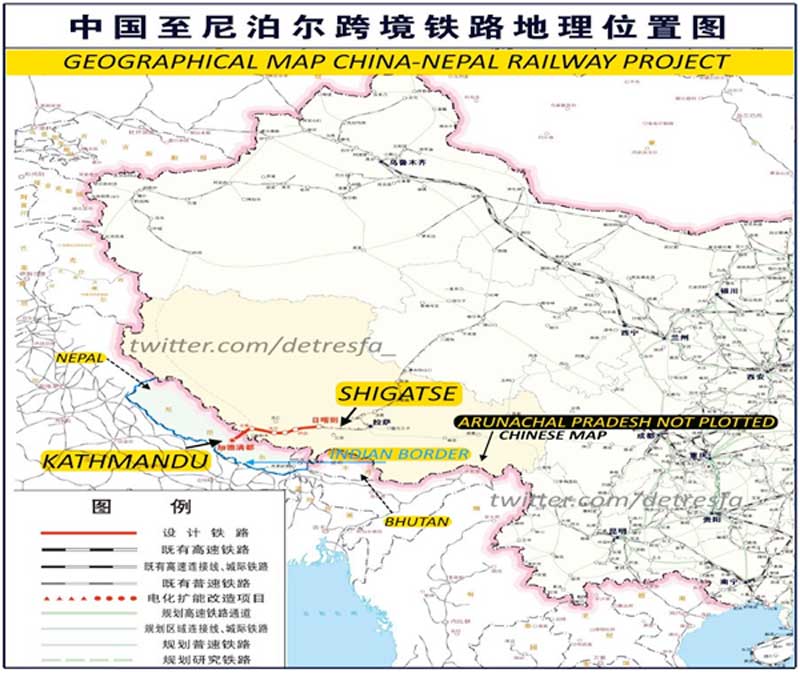 There is an old adage that if a doggy’s tail is straight-jacketed in a bamboo pipe and taken out after 20 years, it will be as curved as before. This simile applies to both China and Pakistan. No matter how many overtures India made to Pakistan, extending a hand of friendship, it has stabbed India repeatedly in the back. Despite both countries battling the Wuhan Virus, Pakistan is still resorting to firing across the border and starving minorities of undivided Indian-origin on basis of religions.

The anti-India rhetoric of drug-addict Imran Khan, Pakistani Prime Minister continues unabated, an amusing part being Pakistan sending recommendations to the United Nations for inclusion in the counter terrorism policy.

The Kabul Gurdwara attack on March 25, killing 27 Sikhs and second blast close to the crematorium causing injuries during cremation was Pakistan’s handiwork notwithstanding claims by the Islamic State (IS). Origin of IS or ISKP (IS of Khorasan Province) in Afghanistan makes this clear. US National Intelligence Report (2016) had stated, “ISIL announced in January 2015 formation of its Khorasan Branch in South Asia, an amalgamation of primarily disaffected and rebranded former Afghan Taliban and TTP members. Despite quick early growth in 2015, ISIL’s Khorasan branch will probably remain low-key threat to Afghan stability as well as to US and western interests in the region in 2016”.

But because of the CIA-ISI links, US National Intelligence did not reveal that the initial ISKP (so-called amalgamation of disgruntled Afghan Taliban and TTP) was engineered by Pakistan’s ISI in conjunction Haqqanis in Peshawar area and pushed west into Nangarhar region of Afghanistan.

This initial brigade-sized formation of IS was being called as the ‘ISI Brigade’ by the Afghans. ISI also played the  masterstroke of installing Haqqani chief Sirajuddin Haqqani as deputy leader of Afghan Taliban. Hence, ISI continues links with ISKP, AQIS, Afghan Taliban and even TTP through Haqqanis, even though TTP has been attacking Pakistani security forces for hurting their families. Little wonder  Pakistan’s ISI is considered best intelligence agency in the world.

China today is top of the world having bombed the planet with Wuhan Virus, portraying itself as the messiah now and enjoying its bio-weapon wreaking havoc in US-Europe, also watching India battle the scourge since it brands India a US ally and hindrance to China-centric China’s BRI and China-funded ‘Hug a Chinese’ campaign together with Wuhan Virus has devastated Italy but China has the nerve in accusing US or Italy for originating the virus.

Chinese media had reported in 2015 that the SARS virus had originated from bats but  despite the global Wuhan Virus mayhem, China has reopened its wet markets in complete disregard to the world. It has also vetoed discussion on Wuhan Virus in the UNSC.

During the recent visit of Arif Alvi, Pakistan’s President to China, the joint China-Pakistan statement included the text, “Both sides exchanged views on the situation in Jammu & Kashmir. The Pakistan side briefed the Chinese side on the latest developments, including its concerns, position, and current urgent issues.

The Chinese side underscored that it was paying close attention to the current situation and reiterated that the Kashmir issue was a dispute left from history, and should be properly and peacefully resolved based on the UN Security Council resolutions and bilateral agreements. China opposes any unilateral actions that complicate the situation.”

India objected to the above joint statement’s reference to  J&K since this is India’s internal matter. India also strongly objected to and reiterated concerns to China- Pakistan on the projects in so-called illegal “China Pakistan Economic Corridor”, which is in the territory of India illegally occupied by Pakistan since 1947, and that India resolutely opposes  any actions by other countries to change  status quo in POK.

China which is constructing a rail-link to Kathmandu has now shared a map (inset)with Nepal that shows Arunachal Pradesh part of China Occupied Tibet (COT). News from China in January was that Chinese President Xi Jinping  issued a directive through a CMC order calling upon the PLA that in order to march forward, it must intensively train for all-terrain adaptability including being prepared for future battles in high-alpine environments.

Indian delegations visiting China as far back as 2000 were told by Chinese authorities that China would integrate Taiwan with the mainland by 2025. Concerns about a possible Chinese invasion grew in Taiwan this January as China ramped up its rhetoric and indulged in show of force through exercises and live-firings coinciding with presidential elections in Taiwan.

Within Taiwan there was criticism whether Taiwan was buying the right weapons from US where asymmetric strategies and capabilities provide better dividends, Interestingly, an article in ‘Global Taiwan Institute’ on January 15, 2020, observed China cannot take Taiwan even if US combat forces don’t intervene, China will not be able to invade Taiwan for at least a decade, and China should be deterred from attempting invasion by “military impracticalities of the scenario” regardless of US policy.

At the same time, it must be remembered that Chinese are past masters in strategic, operational and tactical deception. Chinese doctrinal material defines strategic deception as luring the other side into developing misperceptions and establishing for oneself a strategically advantageous position by producing various kinds of false phenomena in an organised and planned manner with the smallest cost in manpower and material.

The two main drivers of China’s strategic deception are enhanced Information Warfare and Asymmetric Warfare capability. Hence, China resorting to mischief while world battles Wuhan Virus, remains a possibility. It would be prudent for India to bear this in mind. India did not name COVID-19 ‘China Virus’ but it did term it  biological weapon (only country showing guts to do so), which Beijing may view indirect finger pointing at China.

Compared to other countries India was doing very well in combating the Wuhan Virus but gross violation of lockdown by the Tablighi Jamaat conference in Nizamuddin, New Delhi has spiked Wuhan Virus casualties in India greatly. Refusal of the attendees hiding in villages to come forward and get themselves tested has increased the risk of the virus spreading.

Nevertheless the lockdown will get lifted someday since the crops cannot be left unattended. Eventually the virus will also peter out and disappear. This will throw up new opportunities like the news about some 200 US and European companies contemplating relocation from China to India. But rest assured this will be contested by India’s ‘deep state’ and Chinese proxies within India.

China’s strategy of ‘Deep Coalitions’ incorporates nation-states, civil society organizations, mafias and narco-mafias, non-state actors, NGOs, private corporations, individuals and  speculators all playing at multiples levels to influence decision making. What we may view in India as lack of coordination and red tape may not be just innocent activities as they appear to be.

According to a recent article in Gateway House, China has captured significant space within India in the technology domain, in start-ups, smart phone, mobile apps etc through venture investments to the tune of $4 billion over last five years ending March 2020.

China is also eyeing the electric vehicles market in India although so far Chinese automakers have only invested $575 million in India. The article concludes by saying that India has physically avoided China’s BRI but has unwittingly signed up for the virtual corridor. This indicates certain measure of Chinese clout in India’s corridors of power.

It is for our policy makers to decide the future direction India-China relations, which logically should take into account the China-Pakistan nexus, their joint activates on land, sea and at asymmetric level, the CPEC and CMEC, claims on Indian Territories and the like. India would do well to facilitate the 200 plus US and European firms relocate from China to India smoothly.

Simultaneously, a plan with time-table must be worked out to reduce dependence on China. Indigenous industries must become ‘inclusive’ in all respects. It was good to see a corporate head recently showcasing an indigenous smart phone but part of the elation is gone noticing its battery is still Chinese. Finally, If we have true sense of nationalism, the public and more importantly the corporate must shun Chinese products even if we have to pay little more.