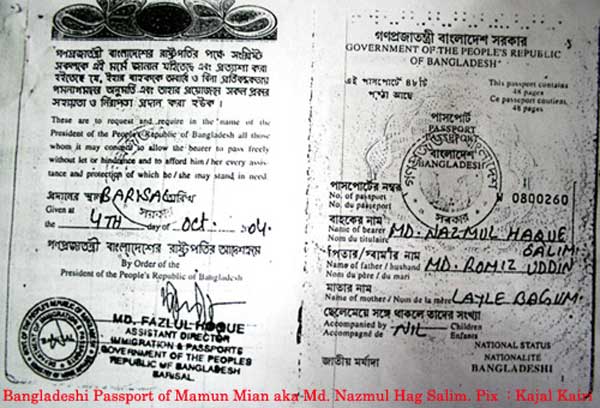 India’s Defence Minister, circumspect at most times, surprised senior army officers by publicly admitting that China was demonstrating “increasing assertiveness”. He was addressing the addressing the annual combined commander’s conference on September 13, 2010. “We want to develop friendly relations with China. However, we cannot lose sight of the fact that China has been improving its military and physical infrastructure. In fact, there has been an increasing assertiveness on the part of China.” 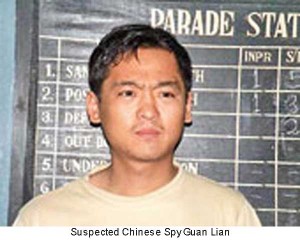 On May 18 at around 11.30 a fisherman of Digaru village in Lohit district spotted a Chinese man at the village ferry point. He immediately alerted the local police outpost. When the local police team apprehended this “suspicious” man, he stunned the cops with his fluent English. Guan Lian, 28, told the police he was a resident of Henan province and worked as the manager of a restaurant in Beijing. He claimed that he had lost his way! “We suspect him to be a Chinese spy,” said Deputy Superintendent of Police, Manik Gogoi. The suspicion that Guan is a Chinese spy was strengthened by his practiced move to deflect persistent interrogation by the police. He claimed he was from a village called Zhuma Dian, then changed track to claim that he belonged Xiping Quan Zhai. He claimed he began his working life as a steward in a village restaurant in Xigping Quan Zhan.

Later he moved to Beijing to join a band attached to an American restaurant. Gogoi who interrogated Guan narrated the story the suspected Chinese spy revealed: “He later joined a French-run restaurant in Beijing where he was promoted to manager. He fled the country unable to bear the torture of Chinese police, who raided his house several times after he sent an email to the International Human Rights Commission alleging rights violations.”

Guan has not applied for asylum. This and several other inconsistencies in his statement raise doubts if he was indeed a genuine torture victim of Chinese law enforcement authorities. There are several surprises in the Chinese spy suspect’s motives to sneak into India through the Kibithu in Anjaw district. According to Arunachal Pradesh Police Guan confessed possessing a map of India and some Chinese currency. He also turned out to be a polyglot with admirable language skills in Hindi, French and English.

It is an established fact that Chinese spies assuming identities of victims of repression, social workers, tourists or research scholars have often been able to easily infiltrate the LAC

The police filed a case under Section 14 of the Foreigners’ Act against Guan, but it’s still unclear what he did and how he survived for nearly two and half weeks before his apprehension. Apparently, his plan was to reach Sadiya in Assam from Arunachal Pradesh and then travel across India. It is strange why a potential Chinese asylum seeker who is multi-lingual and quite well versed in Hindi failed to turn himself to the army or police immediately after sneaking into Arunachal from China?

Guan is presently jailed at Tezu police station. From whatever he has stated on record it is difficult to patch together a coherent, credible motive for his fleeing China. According to Guan he was being chased by Chinese police after he complained of Human Rights violations. He escaped to his home in Henan province from Beijing, but the police tracked him down and raided his house. He again managed to escape and began his long trek across the mountains on February 18, finally reaching Kibithu, a border village in Arunachal Pradesh. He even claimed to have crossed an Indian Army camp after sneaking in at Kibithu on this way to Digaru near Tezu town, which is the headquarters of Lohit district.