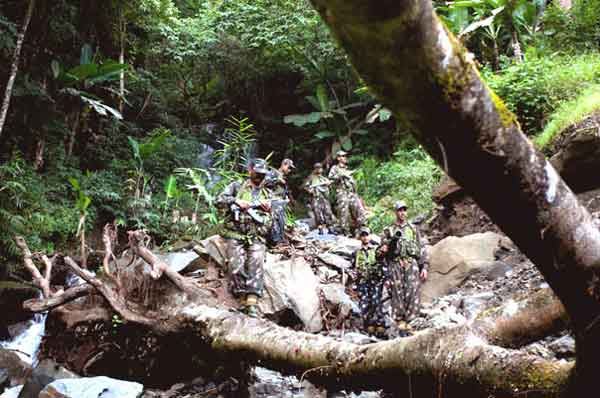 I think one thing that strikes me very starkly when I contemplate China vis-a-vis India is the historical sense of humiliation, which has not been mentioned so far. The Chinese are very historical minded. And they remember slights that occured long ago. It was said of Zhou Enlai that he remembered the fact that his hand was not shaken when he offered it to John Foster Dulles in 1954. And the Chinese remembered it and therefore to correct that imbalance, Richard Nixon was advised to make it a point to go first for the hands of Mao in Geneva in 1955. Nixon did likewise as he went ahead and held up Mao’s hands, as if to make up for the fact that Zhou Enlai was insulted.

There is a 4,700-kilometre border with China, but you cannot defend every inch of territory. Therefore, you have to have offensive strength in the conventional context.

The historical mindedness is very important—because we have China that cannot forget its 100 years of humiliation. And yet in India, we have been colonised, depending upon when we consider our colonisation as having begun—for a millennia. Yet it does not impact our mindset—we feel no shame, we feel no regret, we feel there was nothing wrong. This in a sense defines us—as a people, perhaps as a nation. And if we see comparatively how China defines itself then we would find ourselves as deficient. So in this respect I think we act on the premise of weakness.

You may have your army strong, and as Gen Singh would back me up, we seem not to be able to sustain our strength. As Gen Singh talked about an incident at a post in Eastern Sector in 1987, how we established ourselves and our credibility with Chinese—very frontal, very aggressive counter-measures. And yet I wouldn’t be disclosing any secret if I were to say that the army today is weaker than that it was in 1987—in disposition terms, in terms whether or not we can handle China with the same alacrity, with the same force as we were able to do in 1987 in the Eastern sector. Why is it that? In one sense because we don’t seem to have the classical Halford Mackinder concept— Halford Mackinder was a great geo-politician, geo-strategist. He emphasised that a statesman should have a map-reading habit of mind, the geographical sense of a nation, which we don’t seem to have.

When people say very loosely, and I am talking about BJP, which is supposed to be very nationalistic, that our security is civilisational, it does not mean anything, because you are not rooting it in territory on the ground. On the other hand, Chinese are very territorial minded. We may say, as our defence ministers have been saying since the very beginning, and certainly since 1962, and the parliamentary resolution, which says that we will regain every inch of territorial loss. If you recall, that resolution still stands. It has not been outvoted or certainly not withdrawn. And this term of every inch of territory, in military term and Gen Singh will tell you, is nonsensical. You cannot guarantee the defence of every inch of territory. The point ultimately is that: Are you able to be pro-active in your defence? This every inch territory rhetoric has limited us rather than expanded our views on security. Because when you say every inch of land, our military naturally takes a cue from our politicians that every inch of land means that they are going to be entrenched in defence and therefore you have been virtually unprepared for any kind of offensive operation. And if all you can do is defence, you are going to lose.

There is a 4,700-kilometre border with China, but you cannot defend every inch of territory. Therefore, you have to have offensive strength in the conventional context. Hence, offensive mountain core is at the centre of it. Gen Singh had pushed for it but now it has been again deprioritised—for reasons unknown. Actually, just one mountain core cannot help us, we need three mountain cores—one for each sector, northern, central and eastern. But the Finance Ministry, which the last I heard did not have the strategic sense, made negative the idea of mountain core, because the Finance Ministry said that China was no threat in the foreseeable future! This you may have seen in the news reports. And secondly, it said, India could not spare Rs 4060 thousand crore!

Furthermore, Pakistan is killing us both in military and political senses. I am not worried about political aspect, but when two-third of Indian army is deployed against Pakistan, and only one-third against China, it immediately sends the message of a ridiculous threat perception. Pakistan is one-seventh the size of India. Or let’s put the other way round, India is 76 per cent of the geographical space of South Asia. It amounts to 76 per cent of national income of South Asia. India accounts to 72 per cent population of South Asia, yet we fear Pakistan! We have two-third of our military strength deployed against Pakistan! Instead of deploying our switchable forces in the West, they are sent to the East. This is where the additionality notion really works against us, because for the military, I am sorry to say, everything is in addition to what it has. That’s where the misuse of resources comes in.

We are classical misusers of our resources. We seem unable to prioritise our threat. We are unable to see the threat, in the first place, forget the priority. We go by some sentimental notion of enmity, which is so nonsensical. For, we can easily cope up with Pakistan and can devote our resources to the real threat that looms large in the north, and in the east. But our sentimental passions get better of us and we lose our strategic balance. There are policies that absolutely make no sense. Therefore, we get very little respect in the word. If the country like India keeps talking about Pakistan as a threat, then all it does is to reduce our ability; it enhances Pakistan. It is noteworthy that all big countries are known by the enemies they keep. If Pakistan is our enemy, then we are reduced to the size of Pakistan. That’s why I always maintain that Pakistani foreign and military policies have been very successful, as they have reduced India to its own size. This is really an axion of policies we missed out to. This imbalance is going to cost us plenty. For, we are virtually gifting political and strategic weapons to the Chinese, that is why their nexus with Pakistan. They have used it very beautifully by arming Pakistan with nuclear missiles.

We may have all the capabilities lined up, as is witnessed on Republic Day each year on the Raj Path, but if we do not have a will to use them…

What should have been our counter move? For 20 years I have been saying that our counter move should be simply tit for tat, whichever country that is on China’s periphery and wants nuclear missiles, arm it with nuclear missiles. Arm Vietnam with nuclear missiles, because that is one country China has great respect for. Ultimately, and I am sorry to say that because of our pacifist profession we have made a habit of lowering ourselves. It is to be noted that military or national reputation is made from military loss or defeat. We are still marked by 1962, and for Pakistan, 1971 marks its lowest point.

We are so used to downgrading hard power, as we often talk about Bengaluru, IIT, etc. We may have all the capabilities lined up, as is witnessed on Republic Day each year on the Raj Path, but if we do not have a will to use them, then our credibility is reduced even further. This seems to be our position across the board—we are talkers, not doers.

I end on this little note—in 1982, Israel offered to join India in bombing Kahuta nuclear facility in Pakistan. But we didn’t take it, despite Israelis saying that they would come in their own planes. It may be remembered that in 1980, Israelis had bombed Iraq’s nuclear facility. So they are experts in doing such work; they are not amateurish, as they have done this job in the past. But we did not take that option. Now we complain that Pakistan is a nuclear power. When the opportunity arose, we did not take it, so why do we complain? If we had taken a concrete step then, this problem would not have arisen. That’s why, the Chinese, time and again, exploit this weakness of ours. They do not take us seriously, as they think we are only the talkers. We depend on rhetoric to the extent that we end up weakening ourselves and we do not take hard options.

The author is Professor at Centre for Policy Research, New Delhi