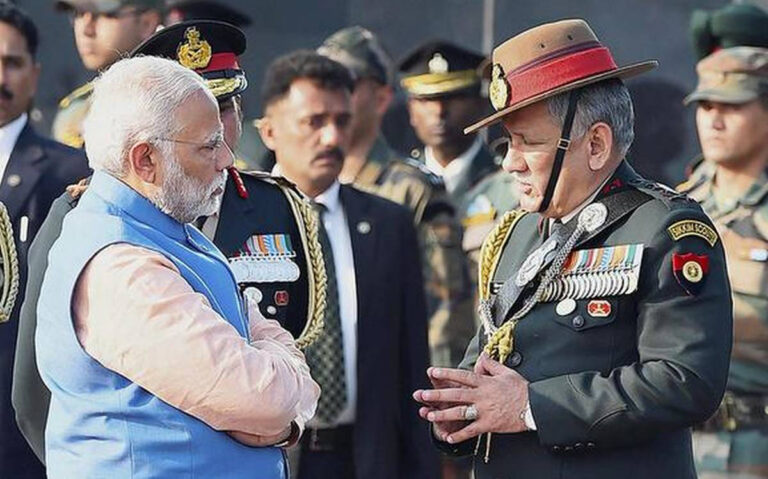 Will the year 2021 see the realisation of the Chief of Defence Staff (CDS) General Bipin Rawat’s proposed road¬map for the restructuring of the Indian Armed Forces into five distinct ‘Theatre commands’? This is, indeed, a radical reform-proposal pertaining to our armed forces. And as has been the case with every reform that India has witnessed over the years, the CDS’s idea, which was originally brought up by Prime Minister Narendra Modi at the Combined Commanders Conference in 2015, is facing resistance from the critics, which include voices from the forces as well.

In essence, there are two reasons that are cited in favour of the creation of theatre-commands. At a time when the national economy is in a very bad shape, there has to be tightening of the belt by the three forces. One should not be surprised if finance minister Nirmala Sitharaman does not add much in her coming budget proposals to the total  of Rs.3,23,053 crore provided in 2020-21 for the defence. And if at all extra money is added, primacy may well be on spending that to expedite the border-infrastructure development projects, given the military standoff with China.

Secondly, tightening of the belt has to be done in a manner that will not affect the combat capabilities of our forces. And, that, in turn, will be possible when all the assets belonging to all the services in a given theatre are marshalled together. For instance, in a given situation, the assets of the Indian Air Force can be combined with that of the Army Aviation Wing and the Navy’s fighter aircraft and helicopters. The argument here is that in the event of a war or threat to the nation if there is one theatre commander, he will be competent enough to take a decision speedily (speed being the essence in fighting future wars that are going to be short and intense) as he has all the assets laid in front of him which he can utilise to achieve a particular goal. There will be no need for the Army to request the Air Force or Navy for the support. And the vice-versa. The Theatre Commander will be empowered to marshal any asset, be it naval, air or land as per the requirement of the operation.

At the moment, India may have a total of 19 commands — seven army commands (six operational); seven air force commands (five operational); three naval commands (two operational); and two joint commands – but none of them are co-located and their geographical zones of responsibilities have little commonality. In most cases, the command of one service overlaps or is linked with two or more commands of sister services. This leads to increased duplication, as each service attempts to fulfil all of its desired operational roles within its own span of command.

Against this background, the proposed Commands  are believed to be five in number:  The Northern Command – along the border with China, from the Karakoram Pass in Ladakh to the last outpost Kibithu in Arunachal Pradesh;  the Western Command will look after the border with Pakistan, from Indira Col on Saltoro Ridge in the Siachen Glacier region to the tip of Gujarat; the  Peninsular Command by merging the Western and the Eastern Command of the Indian Navy; a full-fledged air defence command that will not only spearhead the country’s aerial attack but also be responsible for defending Indian airspace through multi-role fighters and anti-aircraft missiles; and the Command  tasked with protecting the Indian Ocean and India’s Island territories as well as keeping the sea lanes free and open from any outside pressure.

However, it is the second factor of operational coordination and cohesiveness that is debatable, with critics pointing out that without common training, common perceptions and common career- advancement schemes, integration of the services in any theatre will be highly problematic, affecting badly the country’s combat capabilities. India does not have a common military doctrine; the respective forces have their own, as a result of which these are at best tactical only.  Besides, when theatre commands are created, the three ser¬vice chiefs will have to give up some of their turf to the theatre commander, a logical follow-up for which none of our service chiefs seems prepared at the moment.

Though General Rawat is hopeful that the situation will change for better as things are being sorted out and that “we are gradually moving forward in the direction of integration”, the fact remains that even his own post, which was created in January 2020 as the biggest reform in the armed forces towards the integration, is still not powerful enough to bring down expenses in the face of a shrinking defence budget, rationalize manpower and ensure that the armed forces fight as a cohesive unit.

The CDS lacks full operational power. Though the CDS is now the Secretary of the newly created Department of Military Affairs (DMA) in the Ministry of Defence (MoD), it is really absurd that a four-star General like him is equated with a Secretary to the Government of India, whereas as per the protocol, a four-star General (or equivalent) is supposed to be on par with the Cabinet Secretary, the country’s No. 1 civil servant. The CDS is not even the commander of all the armed forces of the country; he is on par with the three service chiefs in military status. He is not even the principal military adviser to provide impartial advice to the political leadership.

Those against the idea of theatre commands argue that the idea may suit the American troops who have a global presence but it cannot be applied to India whose military is only meant for protecting and defending the country’s borders. It is an open secret that the Indian Air Force has serious reservations on the concept of the US – types where the theatre commander, leading forces from all the services, reports directly to the Secretary of Defense through the Joint Chief of Staff. The respective service chiefs in the US play only supporting roles in the recruitment and management of their forces.

Will the Indian Service Chiefs like such reduced roles for themselves, with the Theatre Commanders, who will be of Lieutenant General and equivalent ranks with three stars, reporting directly to the Defence Minister? Will they like the idea of just being providers of the resources to the Theatre Commanders without any control over them? General Rawat has to find answers to these questions. And that is going to be a Herculean task.