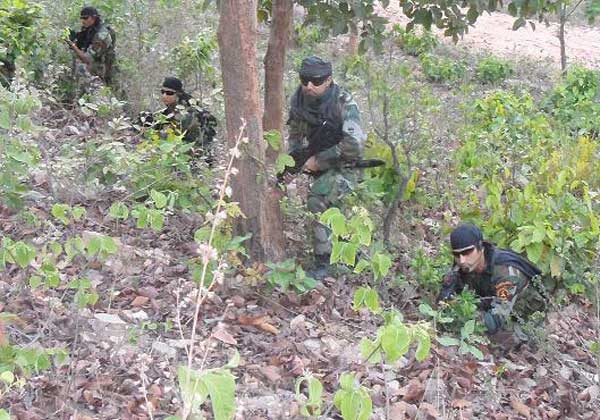 With the recent tragic death of 14 CRPF personnel in an ambush in Chhattisgarh, trust the media to go off on a wild goose chase, once again. For a supposedly well informed fraternity, I cannot but help wonder as to why they take the most important of subjects and then promptly go off on a complete tangent. This ambush raises some very disturbing questions not only about the status of operations against the Maoists but also about the CRPF leadership and training.

However, instead of focusing on these substantive issues the media has chosen to focus on the fact that the blood stained uniforms of those martyred were discovered in a rubbish bin which was supposedly “insensitive and disrespectful” to the kin. Really,may be I have a contrarian view, but I think we are disrespecting them by not discussing why and how such a tragedy has been allowed to occur again and holding people in the hierarchy accountable for their sins of omission and commission.

In dealing with the kin, the delivering of the tragic news in an appropriate manner, solemn conduct of the last rites and ensuring speedy documentation and providing all assistance to the family in dealing with their bereavement are the issues of critical importance and need to be focused on.

Off course, the martyrs’ personal effects must be properly accounted for and handed over to the kin but to worry about what happens to the torn and blood stained uniforms that they were wearing at the time of their tragic death is completely perverse and obnoxious. In fact those items should be appropriately disposed off and not sent back to the kin as it can only add to their anguish and heartbreak.

It is a well- known fact that irregular warfare, of which counter insurgency operations are a part, are extremely hazardous and tedious to conduct because it is difficult to distinguish friend and foe and the duration of the campaign can be measured in years, if not decades. There are numerous examples where even the best led troops of the highest quality have committed errors of judgment and suffered the consequences. However when such errors occur with monotonous regularity they cannot just be attributed to incompetent junior leadership, poor training and lack of combat experience or motivation. The reasons are bound to be much more complex and systemic.

The fact that the CRPF is considered a Central Armed Police Force (CAPF) and not a Para-Military Force (PMF) like the Assam Rifles, despite its existing orientation towards counter insurgency operations rather than just police operations…

In the present case, from media reports, it appears that the company headquarters of a column was ambushed resulting in fourteen dead, including the company commander and his second-in-command, and scores wounded. This, while conducting area domination operations similar to the one conducted in the same district in March 2014 in which sixteen personnel lost their lives and the earlier operation at Dantewada in 2010 where a company worth of troops were killed. Moreover, reportedly four thousand troops were involved in this operation and after the first engagement promptly broke contact with the Maoists and withdrew to their camp in the area. One could be forgiven for wondering as to who is dominating whom?

The fact that the CRPF is considered a Central Armed Police Force (CAPF) and not a Para-Military Force (PMF) like the Assam Rifles, despite its existing orientation towards counter insurgency operations rather than just police operations to maintain law and order, has allowed the IPS to occupy all DIG and above ranks of the force on deputation. This is archaic and obtuse as the senior leadership is completely disconnected from the rank and file and even worse, has little or no practical experience of counter insurgency operations and what they involve. This obviously implies that the rank and file have little respect or faith in the leadership with its consequent impact on morale and motivation.

In stark contrast the army ensures that, by and large, all commanders in formations involved in counter insurgency operations have the requisite experience from earlier tenures. Interestingly, the CRPF also follows a system in which each of their battalions has an earmarked permanent location, while their operational deployment in company penny packets may be elsewhere. Thereby the Commandant and Second in Command have only an administrative role and unit integrity and ethos is completely absent, both critical issues in counter insurgency operations.

It is time that the Modi Government carried out a comprehensive assessment of our internal security structures and put in place measures to enhance their efficacy.

It may come as a surprise but the CAPF together have over 400 battalions, equivalent of about 46 Infantry Divisons,and have a weapon and equipment profile very similar to that of the Army’s infantry battalions. In contrast the army has about half the number of infantry battalions. However, what is of real concern is that despite their organizational capabilities it the army that still continues to be at the fore-front of the counter insurgency campaign and it is the army that had to neutralize the four militants who were able to cross the fence in the Arnia Sector in Jammu while the BSF just abrogated its responsibility.

It is time that the Modi Government carried out a comprehensive assessment of our internal security structures and put in place measures to enhance their efficacy. In light of the existing situation, the feasibility of the earlier proposal by the army for permitting lateral movement of its personnel into the CAPF needs to be re-examined.

6 thoughts on “Central Armed Police Forces: The Need for Re-evaluation”