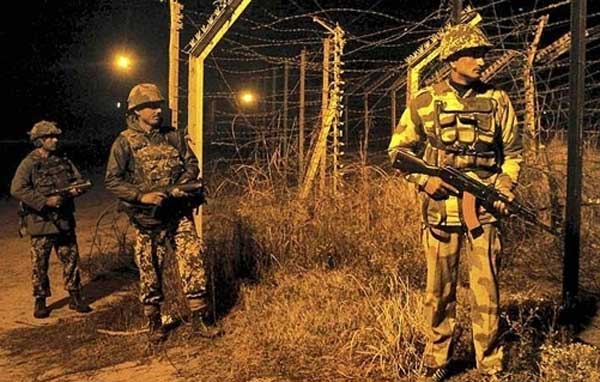 The cross border firing by Pakistan along the International Border (IB) in Jammu and Kashmir is attaining unacceptable proportions. The Indian Army Chief, General Dalbir Singh, in the course of his annual press conference as a prelude to the Army Day on January, 15, has made a specific mention to the militarily sensitive state of affairs.  He expressed apprehension over the situation and said, “Threats and challenges are growing, both in intensity as well as commitment, because of active borders that we have.”

Pakistani Rangers have traditionally maintained a close relation with the terror leaders in Pakistan and the mayhem unleashed along the IB is definitely the result of a joint plan and joint effort.

There are voices of concern emanating from other quarters also. US Secretary of State, John Kerry, has met with Pakistan’s advisor to the Prime Minister, Sartaj Aziz, and has bluntly told him to act against all terrorist groups including India centric ones like Lashkar-e-Toiba and also to put an end to cross border firing.

The statements of the Indian government make it very clear that India will not pursue talks with Pakistan till such time that the export of terror into the country and the ceasefire violations do not stop. This is a righteous and justified stand for any government to take and is well appreciated by the international community.

The IB in the Jammu region constitutes the border belt from Samba to Akhnoor; the area next to the border fencing is called the “Zero Line.” There are many villages in the zero line that are situated near enough to the IB fencing for the Pakistani troops to engage with small arms as well as mortar fire. Areas slightly in depth are being engaged by Mortar fire. The area between the zero line and the main line of defence based on a Ditch-cum-Bandh (DCB) is approximately two to five kms in breadth. The villages on the zero line own a major portion of this very fertile land, a smaller portion is also owned by villages located behind the DCB.

The villages along the zero line on the Indian side have been vacated; the people are living in camps put up by the government. However, a few men from the village sleep in the premises every night to avoid looting of property and to look after the live stock. Their families live in constant fear for their lives. During the day an effort is made to work in the fields but this is also inhibited by firing from the Pakistani side.

A similar situation is prevalent at the zero line of the Pakistani side also. The big difference, however, is that the Pakistani side is quite sparsely populated as compared to the Indian side and is terribly underdeveloped. There are no schools, hospitals, community centres or such like infrastructure over there. Pakistan Army Rangers man the IB on the Pakistan side. They are unconcerned about the plight of the villagers and simply ask them to flee from their homes in the face of Indian fire. In fact, the Rangers are in the forefront of the resultant loot of the deserted area; they even take away the agricultural produce for their personal use, leaving the people absolutely destitute. The Rangers, therefore, look at the situation of an active border as a boon rather than an adversity.

…the displaced Indian people along the IB are fed up with the situation and are not averse to the idea of the country going for an all out offensive to resolve the matter once and for all.

India is taking in more losses than Pakistan in this mindless face-off and would like to see the end of it at the earliest. The argument being put forth by Pakistan’s diplomatic channels of India being the aggressor is lopsided rubbish. It is an attempt to divert attention from a situation which has spun out of the control of the Government of Pakistan. The Indian Army Chief has, very rightly, opined that terror infrastructure is intact in Pakistan.  Pakistan army continues to remain actively involved in the proceedings. The Rangers have traditionally maintained a close relation with the terror leaders in Pakistan and the mayhem unleashed along the IB is definitely the result of a joint plan and joint effort.

It is no wonder then that the displaced Indian people along the IB are fed up with the situation and are not averse to the idea of the country going for an all out offensive to resolve the matter once and for all.

The only positive indication in the otherwise grim security scenario enveloping the frontier state is the fact that as many as 110 terrorists have been killed by security forces in Jammu and Kashmir in 2014. This implies that the security forces have a firm grip on the hinterland and the situation on the border and the line of control has not produced the kind of results that the terror masters in Pakistan had in mind while launching the sadistic chaos along the IB.

In case the situation does not show any signs of improvement, India may have to take the difficult decision of increasing military intensity and commitment along the border as has been indicated by the Indian Army Chief. This would imply that the deployment of the Border Security Force (BSF), which is presently looking after the IB under very difficult circumstances, will be strengthened by deployment of the army. The small arms and the 81 mm Mortars that form the basic weapons of the BSF will be reinforced with missiles and heavy artillery. There will be an overall escalation of military activity.

The volatility along the IB has not paid the expected dividends to Pakistani terror mongers and the Pakistan Army. It is up to Pakistan to correctly appreciate the international isolation that it is facing because of hostile policies that have failed miserably. Improvement in relations is undoubtedly the best option for India and Pakistan and diplomacy is the best tool for the same; it is however, up to Pakistan to understand this aspect and walk the path of righteousness.  Nothing is being achieved by making poor villagers on both sides suffer.