CDS – A Long Way to Tipperary 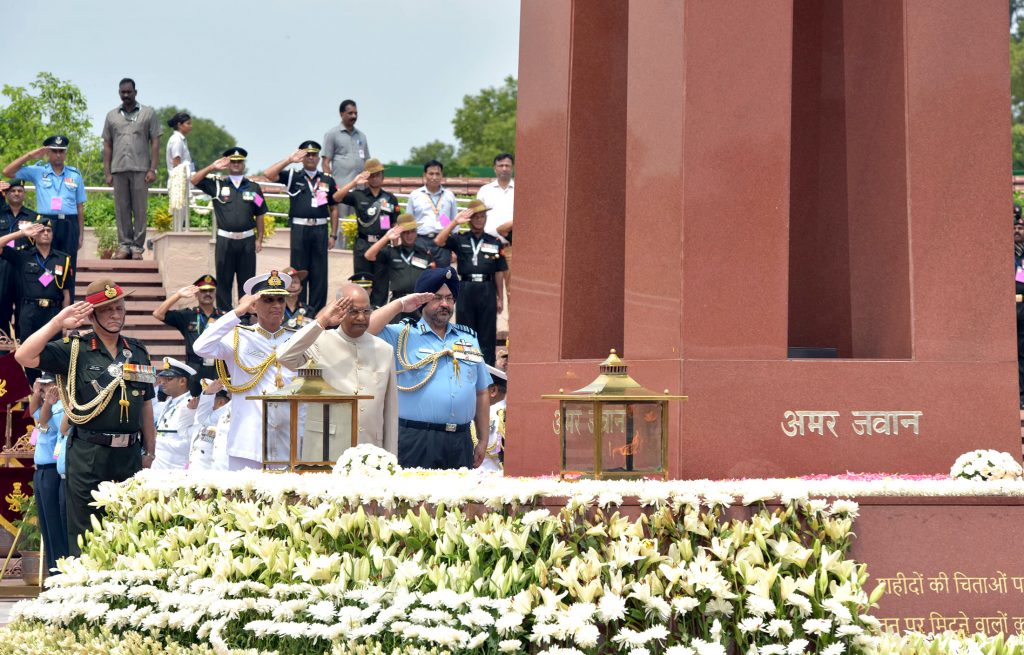 Irish soldiers marching off to the Western Front in World War I sang It’s a long way to Tipperary, it’s a long, long way to go; a longing for home but underlying the near certainty of death or disability and never returning home. It was popular across all nationalities involved in the conflict. The announcement of setting up a CDS for the Indian Military is perhaps the beginning of a long road ahead to achieve the stated purpose with a high probability of a fate similar to the soldiers of World War I.

All militaries cherish their exclusiveness and tradition bound hierarchy. No military reforms and restructures itself. In our context even if the three services were to push for the needed change, it has the bureaucracy to contend with. The services cannot, the bureaucracy will not. Historically, major reforms in leading militaries were brought about by the political executive overriding turf-based resistance. Edward Cardwell, Secretary of State for War 1868-75 followed by Haldane prior to World War I in UK and President Truman with Goldwater Nicholas in the USA are prime examples. The regimental system introduced by Cardwell in the British Army, adopted and implemented in the Indian Army, is his most enduring and effective legacy. It remains a great strength of the Indian Army. Resistance and reluctance from all quarters is best overcome by an Act of Parliament mandating integration of the services and associated restructuring.

In our societal environment of bringing about evolutionary and incremental change and incapacity to enforce harsh decisions, the onus for the required push rests with the political leadership. Given the all-round lack of expertise, perhaps an empowered expert committee with all major stake holders, not necessarily from the serving community, working directly under the PMO may deliver. It may even require sacking the military and bureaucratic brass unwilling to change and implement. President Truman had to do so to see the US military restructure post World war II.

The first and foremost requirement is to formally articulate and produce a White Paper on National Defence with a Strategic Defence Review and National Security Strategy. Such documents have been drafted in the past, however, never adopted and formally articulated. Thereafter the CDS will be required to evolve an integrated Joint Services Doctrine which should guide integrated organisational and acquisition priorities. Perhaps the most effective method to appropriately prioritise acquisitions would be to place the sub allotment of the defence budget under the CDS. Correspondingly, the procurement procedures as prevailing today, have a fructification span of anything from five to fifteen years. Major changes to integrate the Services, MOD and Ministry of Finance will be needed.

The CDS is meaningless unless the headquarters and staff of the CDS is merged and fully integrated with the MOD. In the absence of such integration it would simply be replacing the current Chairman of the Chiefs of Staff Committee. Headquarters Integrated Defence Staff (IDS), created post Kargil 1999, is in place and has the inter service structure and experience to fulfil the requirement. This should be the starting point for integration. Other service Headquarters can follow. As it is the IDS is dealing with all inter services institutions.

True integration of the services will need creation of Theatre Commands, placing all assets of the services concerned under the joint services commander and defining the chain of command to the political executive through the CDS. This is where the inter-service rivalry, apprehensions and resistance will prevail. Resolving these conflicting interests would be the major challenge for the CDS backed by the political leadership. This responsibility cannot be discharged without appropriate authority. The experience of the joint services Andaman and Nicobar Command (ANC), created post Kargil 1999, facing such hurdles would be relevant. However, this process must be initiated but require a more deliberate and even paced approach.

Much duplication and overlapping efforts by individual services in equipment, training, acquisition, logistics backup and facilities can be streamlined to bring about efficiency and savings. Once again through the CDS.

The military justice system primarily aims to ensure discipline and provides for disciplinary powers to various levels of command. The Army, Navy and Air force have individual Acts with no disciplinary authority of one service over the other. It took nearly two decades after the creation of the ANC to provide for such powers to the Commander in Chief over personnel from the service other than his own! While an integrated Defence Services Act would be desirable, and also remedy shortcomings in existing Acts in the present-day environment, it would need comprehensive judicial expertise and effort to formulate it and thereafter for the Parliament to promulgate it as an act. The immediate solution may lie in an act of Parliament empowering the joint services commander with disciplinary powers over personnel other than his own service in accordance with the applicable service Act.

Not the least of the hurdles would be defining the role, responsibility, authority and inter se status of the CDS with the service chiefs, the bureaucracy and others – fertile ground for lobbying and perpetuating the status quo! It would entail a relook and redefining the national security structure. Concomitant restructuring with reduction of the existing seventeen services commands and attendant reduction in promotional avenues cannot also be ignored.

One of the intrinsic responsibilities of the CDS will arise by virtue of being the single point of focus of the hopes, aspirations, concerns and grievances of the serving and veteran community. He would embody the working culture, ethos, values, customs and traditions, pride, prestige and honour of the services. Much would be expected of him and much needs to be resolved.

Creation of the CDS was put aside all these years on the superficial plea of ‘lack of political consensus’. ‘Political Consensus’ does not appear to be a constraint in the present circumstances. However, political expertise may be the unstated hurdle. Appointing a CDS cannot be a onetime political ownership. It has to be seen to its logical conclusion.

The announcement of creating a CDS may convey a superficial syncretisation of the country’s defence forces and national security, however, unless the devil in the detail is resolved, it would be a Long Way to Tipperary.