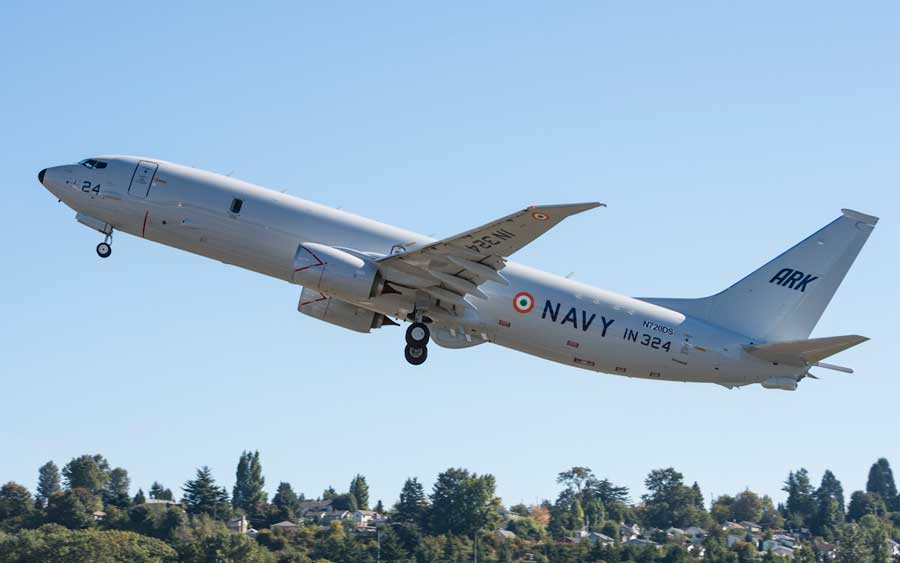 •  Highlight commitment to “Make in India”

•  Record-setting domestic passenger traffic and a robust domestic economy will drive the need for 2,300 new commercial airplanes in India, valued at $320 billion

Boeing will showcase a range of platforms, support and training capabilities at Aero India 2019, including the F/A-18 Super Hornet, KC-46A Pegasus tanker, AH-64E Apache, CH-47F Chinook, and the P-8 at Hall E Booth 3.1.

During the show, Boeing will focus on the partnerships with its defense and commercial customers, and highlight strategic investments in developing India’s aerospace ecosystem, with the theme ‘The Future is Built Here.’

Featured at the show will be two U.S. Navy F/A-18E Super Hornets and the P-8A, and theU.S. Air Force’sC-17 Globemaster III. Boeing will showcase an AH-64E Apache Heavy Attack Demonstrator (HAD) Cockpit Simulator to highlight training capabilities. On display will be the models of the latest Boeing commercial airplanes, including737 MAX, 777X and the 787 Dreamliner.

“We are proud of our long history and partnership with India and to be a part of its growing aerospace industry,” said Dinesh Keskar, senior vice president, Asia Pacific and India Sales, Boeing Commercial Airplanes. “The Indian economy is projected to grow by nearly 350 percent over the next two decades to become the third largest economy in the world, which will fuel the continuous growth of India’s commercial aviation market – resulting in the need for 2,300 new airplanes for India. Boeing’s new, fuel efficient airplanes such as the 737 MAX, 777X and the 787 Dreamliner will bring innovation to the market and unbeatable fuel efficiencies, aiding airlines in India to prosper.”

Boeing’s exhibit will also showcase aspects of its partnership with India, including the rapidly growing engineering and technology centre in Bengaluru, the joint venture with Tata Advanced Systems in Hyderabad, its extensive ‘Make in India’ supplier network, and skill development and start-up innovation HorizonX programs.