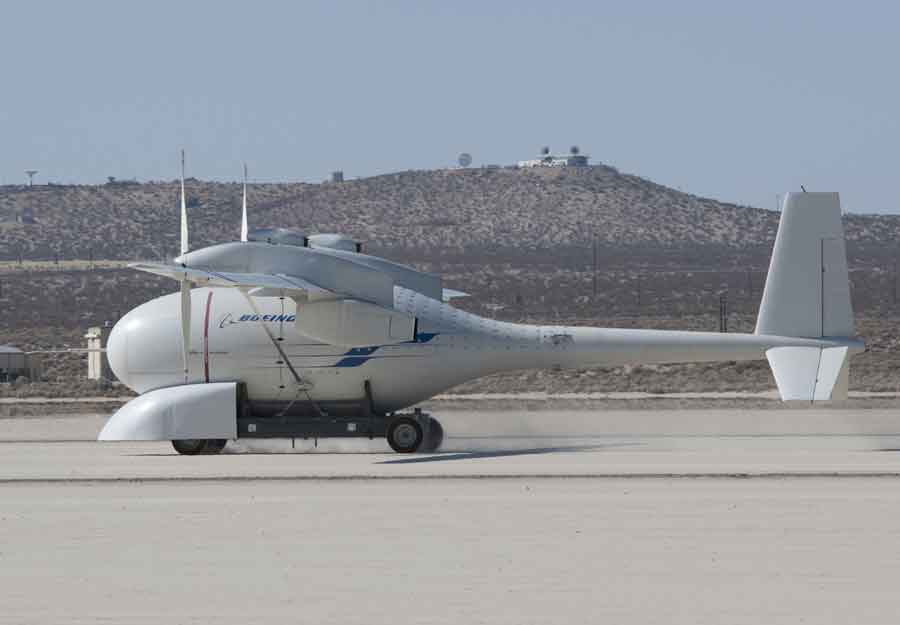 Boeing’s liquid hydrogen-powered Phantom Eye unmanned aircraft system has completed taxi testing at Edwards Air Force Base in California as it progresses toward its second flight.

During the testing, which occurred Feb. 6, the Phantom Eye demonstrator aircraft sitting atop its launch cart reached speeds up to 40 knots, or approximately 46 miles per hour.  The Phantom Eye team has also completed software and hardware upgrades to prepare for flying at higher altitudes.

“We upgraded the autonomous flight systems and have achieved all the required test points in preparation for the next flight,” said Drew Mallow, Phantom Eye program manager.

Phantom Eye’s innovative and environmentally responsible liquid-hydrogen propulsion system will allow the aircraft to stay on station for up to four days while providing persistent monitoring over large areas at a ceiling of up to 65,000 feet, creating only water as a byproduct. The demonstrator, with its 150-foot wingspan, is capable of carrying a 450-pound payload. Its first flight, in coordination with NASA’s Dryden Flight Research Center at Edwards, was in June 2012.