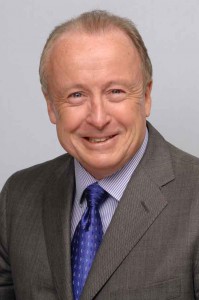 David Pitchforth, managing director for UK Rotorcraft Support, a division of Boeing Global Services & Support, succeeds Kurth. In this position, Pitchforth will oversee BDUK’s entire portfolio of products and services that support the Ministry of Defence and U.S. military programs.

“Mike Kurth has a sterling reputation for excellent performance within Boeing and in service to the United States,” said Chadwick. “With his proven background in managing and executing diverse programs, developing strong customer relationships and opening new markets for Boeing products, there’s no one in the enterprise more suited for this role.”

Most of the company’s unmanned programs had been part of a Missiles and Unmanned Airborne Systems division. Effective Jan. 1, these programs will stand alone under Kurth to emphasize the strong potential of the unmanned market. In order to increase affordability, Unmanned Airborne Systems Programs will share functional support, such as Finance and Legal, with other elements of Boeing Military Aircraft.

Boeing wants to reduce its Defense, Space & Security business unit’s costs by another $1.6 billion by the end of 2015, adding to the $2.2 billion it has identified since 2010.

Kurth, a retired U.S. Marine Corps colonel and graduate of the University of Wisconsin, joined Boeing in 1997. Prior to his current position in the UK, he led Business Development for what is today known as the Boeing Phantom Works advanced technology organization.

Since joining Boeing in January 2009, Pitchforth has been responsible for coordinating rotorcraft support activities and business development in the United Kingdom. To harness the breadth, depth and strength of the entire Boeing enterprise, Pitchforth will continue to work closely with Boeing UK President Sir Roger Bone as part of the in-country team designed to bring the best of Boeing to its commercial and defense customers.

Prior to joining Boeing, Pitchforth was senior vice president, UK Government Business Unit, and Westland Helicopters transformation director for AgustaWestland. Until March 2005, he was managing director and chairman of the Jaguar Racing Formula 1 team, a role that he undertook at the request of the Ford Motor Company.