Boeing has entered into a Memorandum of Agreement with Korea Aerospace Industries Ltd. (KAI) for KAI to design, develop and manufacture the Conformal Weapons Bay (CWB) for the F-15 Silent Eagle. 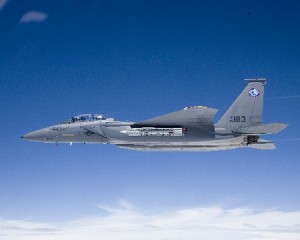 “KAI is a leading aerospace company with world-class core technical capabilities that complement Boeing’s,” said Roger Besancenez, Boeing F-15 program vice president. “We are excited about KAI’s growing role on the development and production of key technologies for Boeing aircraft.”

The CWB is an innovative internal carriage that will minimize the F-15SE’s radar signature and significantly increase its tactical options. The F-15SE is equipped with two internal bays — one on each side — and is designed for multiple carriage configurations, including advanced air-to-air and air-to-surface munitions.

The CWB is an option for any potential customer that requires the capability, and can be installed on either new-build or existing F-15 series aircraft. The modular CWB also can be removed from the F-15 when it is not required, enabling the aircraft to transform to an external configuration within a matter of hours.

“Korean industry is an important partner and supplier to Boeing. This agreement with KAI will strengthen and deepen a mutually beneficial relationship,” said Boeing Korea President Pat Gaines. 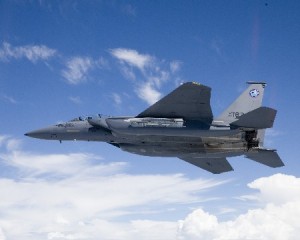 KAI builds the wings and forward fuselage for the F-15K program. KAI currently works with Boeing on programs including the AH-64D Apache, Peace Eye Airborne Early Warning and Control program, A-10 Wing Replacement Program, and all Boeing commercial airplane programs.