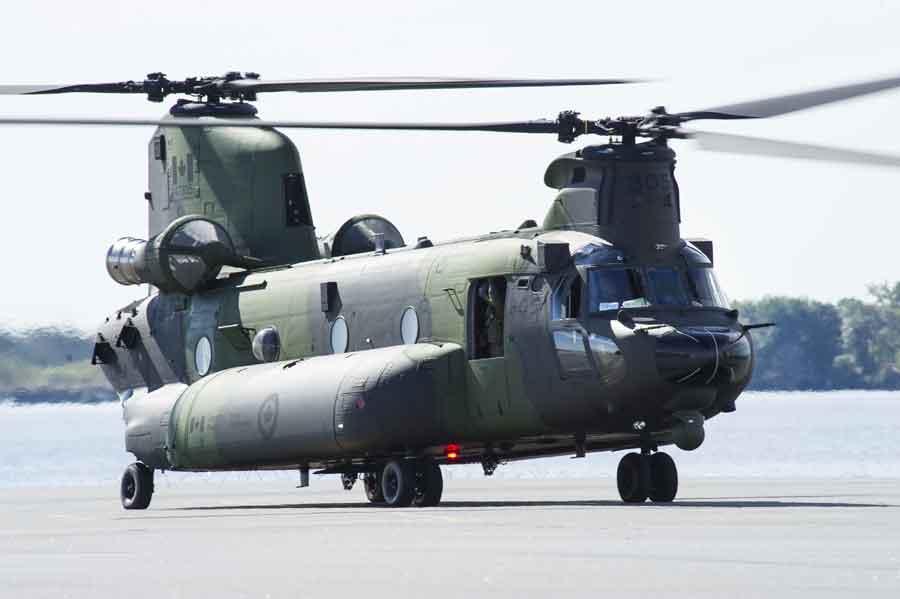 Boeing has delivered the Royal Canadian Air Force’s (RCAF) fifth CH-147F Chinook helicopter one month ahead of schedule and only three months after the arrival of the first in June, expanding Canada’s military cargo capability while continuing the Chinook program’s history of excellence.

“The Canadian Chinook is one of the most advanced military cargo helicopters ever delivered to the global market, and Boeing has executed the program on or ahead of schedule for every major milestone since contract award,” said Steve Parker, Boeing director of International Chinook Programs and Canada CH-147F program manager. “These early deliveries are another example of the H-47 team’s dedication to providing this important capability to the RCAF.”

Boeing is scheduled to deliver two more CH-147Fs this year and another eight by June 2014 to provide Canada with its full complement of 15 rotorcraft. Boeing is also providing in-service support to the CH-147F fleet for the next 20 years under a Performance-Based Logistics contract, with Canadian industry playing a key role.

The CH-147F Chinook is an advanced, multi-mission helicopter that features a modernized airframe with a long-range fuel system allowing it to fly twice as far as standard range models. An upgraded electrical system provides additional power and redundancy, while a fully integrated Common Avionics Architecture System cockpit and Digital Automatic Flight Control System reduce pilot workload and provide greater situational awareness. The aircraft also has an advanced Aircraft Survivability Equipment suite that includes a Directional Infrared Countermeasures system that increases crew safety while allowing operations to be conducted in a wider range of threat environments.