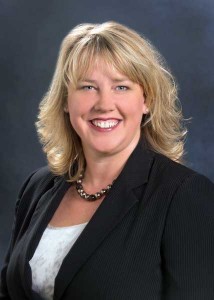 Bell Helicopter, a Textron Inc. company, announced today that Lisa Atherton has been named executive vice president of military business. In this role, Atherton will be responsible for providing strategic direction, overall management and performance for all government programs and business development efforts. Atherton succeeds Mitch Snyder who was recently appointed Bell Helicopter president and CEO.

Atherton joined Bell Helicopter in 2012 and has held several leadership positions within military programs, including V-22 program manager for the V-22 program office and director of military programs. Prior to her new role, Atherton served as Bell Helicopter’s vice president of global military business development, where she led the combined domestic and international military business development activities, culminating in this year’s  landmark foreign military sales agreements for both the V-22 and H-1 programs.

“Lisa has been integral in the great success we’ve achieved with the V-22 and H-1 programs and the growing momentum of the V-280 Valor tiltrotor,” said Mitch Snyder, Bell Helicopter president and CEO. “Under her leadership and guidance, I know the success will only continue and increase for our military programs.”

Prior to joining Bell Helicopter, Atherton was the vice president of Area Attack at Textron Defense Systems. Before joining Textron in 2007, she spent eight years at Air Combat Command’s Directorate of Requirements helping shape the budget and operational requirements and needs for the Combat Air Forces.