Home  >  News  > Geopolitics  >  Beginning of End of the American Empire

Beginning of End of the American Empire 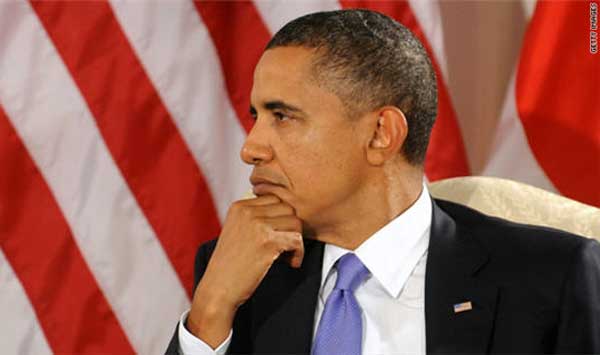 Having maintained an isolationist foreign policy prior to reluctantly accepting global leadership in the aftermath of World War II from United Kingdom, United States is now unable to react efficiently to geo-political-military challenges the American empires faces today.

For the first time since 2007 United States has no aircraft carrier in the Persian Gulf. While maintenance was put forward as a reason for withdrawal of USS Theodore Roosevelt, the decision came in the wake of Russian naval deployment on 09 October.

For the first time since 2007 United States has no aircraft carrier in the Persian Gulf. While maintenance was put forward as a reason for withdrawal of USS Theodore Roosevelt, the decision came in the wake of Russian naval deployment on 09 October. On 08 October Russian Navy fired 26 long-range new Kalibr-NK cruise missiles from naval ships in the Caspian in support of its military operations in Syria[1]. Yet another geo-political challenge in the South China Sea (SCS), where the US strategic concerns for Freedom of Navigation (FoN) remained limited to rhetoric since 2012 despite a formal request in  by US Navy in 2015 to challenge China’s sovereign territorial claims in the SCS. Since 2012 US Navy has conducted no naval FoN operations within the 12 nautical miles of China’s territorial waters around artificial island built on the Subi Reef in the Spratly Islands archipelago given its tactical acceptance that it would be provocative to China.

Given the nature of international maritime laws where non-contestation amounts to acceptance, on 27 October A US Navy-guided missile destroyer USS Lassen completed the first in a series of planned freedom of navigation operations since the last of such missions held in 2012[2]. In the past, US has carried out such missions against multiple nations including its allies such as Japan which uses a Straight Base Line method to claim sovereignty over its territorial sea. Under UNCLOS, the Straight Base Line approach to demarcating territorial sea is an exception, and not a rule.

From a geo-strategic perspective, the American empire was founded on a geo-strategic reality which today stands altered. The power vacuum created in Europe, Middle East, and East Asia after the Second World War paved the way for the US to guarantee military security in these regions. It was the inability of any of the major powers in the region to handle such a responsibility that led to US military alliances in these regions and constant military readiness. For example, Iraq’s invasion of Kuwait was a crisis to be handled by major powers in Middle East such as Saudi Arabia or Iran, and a crisis in Bosnia and Kosovo to be handled by Germany, France or United Kingdom. In East Asia, despite a conscious effort on part of major powers such as China, Indonesia, Japan, Australia, India, South Korea, and Singapore to create multi-layered multilateral institutions in the form of East Asia Summit (EAS), Asian Regional Forum (ARF), Association of South East Asian Nations (ASEAN), and sub-regional security forum such as the Six-Party Talks, none of it has addressed the military security concerns of the region adequately. These multilateral initiatives have banked on the superstructure of US military alliances and cooperation with the region[3].

Russia’s involvement in the Syrian crisis is a regional acceptance of the inability of the US military power to bring about military stability in Middle East.

However, US military alliances in Europe, Middle East, and East Asia could not deter sovereignty concerns pertaining to Ukraine and South China Sea, and its decade’s long military presence in Middle East could not prevent the rise of ISIL. The US has relied overwhelmingly on military power alone, apart from ideological, economic and political power to create, maintain and preserve international order. This overwhelmingly reliance in military power has been limited to a particular type of military power – offensive firepower[4].

This brand of military power gives rise to military doctrines based on preemption and higher levels of military readiness which stands challenged by increased defense (Anti-Access, (A2)/Area Denial, (AD)) capabilities of Russia, China, and Iran. In lieu of such development in July 2009, the US Secretary of Defence directed the Departments of the Navy and the Air Force to address this challenge and to embark on a new operational concept called Air-Sea Battle (ASB). Then in January 2012, the President of the United States and the Secretary of Defence introduced new strategic guidance in Sustaining U.S. Global Leadership: Priorities for 21st Century Defence that specifically tasked the U.S. military to project power despite A2/AD[5].

This development has retarded US naval forward deployment and power projection capability and tasked the US Navy to rethink its war doctrine in terms of Air-Sea Battle doctrine since May 2013[6]. In 2015 during the Maritime Theatre Missile Defence Forum (MTMDF) the nine participating countries including the US conducted three weeks of realistic test scenarios with a series of live-fire events at the Hebrides range off the coast of the United Kingdom. The objective of these naval exercises was to practice destroying short, medium, and long-range ballistic missile and anti-ship cruise missile without which US and its military alliance is unable to project maritime force on land using amphibious units and air power as it used to in the 60’s and 70’s[7].

The inability of US to intervene successfully in Ukraine, Syria and South China Sea is perhaps a key indicator of the beginning of the end of the American empire in the 21st century.

From a military perspective while US emerged as the sole superpower after 1991, the resurgence of Russia as a military power since 2014, as it registered a 20 percent increase in arms export while the overall growth of top 100 global arms manufactures fell for three straight years, has reignited the military relations to that existing during the cold War years[8]. This resurgence was partly possible due to Russia’s military cooperation with China and India given their unprecedented economic growth leading to investments in Russia’s military industrial complex.

Russia’s involvement in the Syrian crisis is a regional acceptance of the inability of the US military power to bring about military stability in Middle East. Russia’s military operations in Middle East are supported by its operational alliances with Iran, Iraq, Syria, and Israel. The establishment of a joint [Iraqi-Syrian-Iranian-Russian] intelligence-gathering centre on 29 September in Baghdad The Joint Intelligence Coordination Centre (JICC) and the recent visit of Saudi Arabia’s Defence Minister Prince Mohammed Bin Salman to Russia on 12 October is a testimony to such a regional acceptance[9]. Iran’s participation during the upcoming international talks on the Syrian crisis in Geneva along with Saudi Arabia, US, Russia, and Turkey is in line with US policy of “managed transition”[10] reflecting the limits unilateral use of offensive military power.

Sustaining an empire requires adequate political, military, economic and ideological power to maintain stability. This power is constantly challenged throughout the period of an empire, and the strength of an empire depends on how it is able to meet these challenges offered from its periphery. Despite having an edge, US dependence on hard offensive military power to sustain the world order stands contested today. Having shifted to counter-terrorism and piracy operations, NATO commanders are now contemplating a renewed focus to counter Russian military ambitions. The inability of US to intervene successfully in Ukraine, Syria and South China Sea is perhaps a key indicator of the beginning of the end of the American empire in the 21st century.