BAE Systems has received an order for 93 additional M777 howitzers, taking the order book to 955 systems and taking sales for the programme to over £1bn. 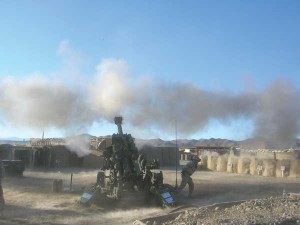 The US is buying 58 guns for the US Army and U.S. Marine Corps while Australia is acquiring 35 through the US Foreign Military Sales (FMS) program. The order makes Australia the third customer for the M777 system after the U.S. and Canada.

Mike Smith, managing director for BAE Systems’ European Weapons business, commented on the gun acquisition contract: “The purchase of additional howitzers is further endorsement of M777 as the most effective howitzer system of its kind. Its proven combat effectiveness means we expect more orders through 2011 as we continue to promote the system globally.

“The U.S. government is currently discussing the provision of 145 systems to India as well as several other countries. In parallel, BAE Systems is responding to requests for information from a large number of countries wishing to expand their indirect fire capability.”

BAE System’ facility at Hattiesburg, Mississippi, is responsible for final integration and test of the weapon system. The prime contract management of the M777 program and manufacture and assembly of the complex titanium structures and associated recoil components are undertaken at Barrow-in-Furness in the United Kingdom.

The M777 continues to provide artillery support to coalition forces in Afghanistan where its performance exceeds expectations. The gun can fire the “smart” Excalibur round, co-developed by BAE Systems, up to 40 km (25m) accurately enough to target a specific room within a building, reducing the chance of innocent casualties and allowing supporting fire to be brought down much closer to friendly troops.