Home  >  News  > Military & Aerospace  >  Attack Helicopters: Should India Have Them?

Attack Helicopters: Should India Have Them?

The Attack Helicopter has value for money in a relatively benign environment for short, swift Special Operations where the opposition has restricted ability to interdict the AH. Other countries have huge air arms for each Service, some of which are now closing down. There is no justification for India to mimic defunct, untried and indeed failed strategies developed for European and Middle East scenarios. This approach may mislead us into a weapons procurement minefield. Thereafter, wasteful expenditure will hamper us from getting what we really need for India’s safety and security.

It is with much trepidation that one reads about acquisition of Attack Helicopters (AH) for the Armed Forces. Ground Force commanders have always demanded dedicated air borne offensive fire power placed directly under their command as they are convinced these are indispensible for victory. The commander equates airborne firepower with armour, artillery, combat engineers that are under command and integral to the Division or Corps. He believes, incorrectly, that under-command airborne fire, he will win the land battle. He ignores the inherent flexibility of airborne weapons which precludes limiting that firepower within restricted areas. Why squeeze that flexible and swiftly re-locatable capability?

The Indian Air Force (IAF), on the other hand, appears to be averse to let airborne weapons systems be with anyone except themselves. Their fear is that when one such weapon system goes outside their command and control, there will be an exodus of other similar airborne weapons. Precedents are awful to deal with.

Over the last few decades as Indian Army strategists were exposed to American doctrines of warfare in Europe, the desire to acquire ‘under-command’ air power became paramount. The Indian Army’s battle theories against Pakistan became copies of NATO hypotheses to thwart the ‘Soviet Steamroller’ overwhelming Western Europe. Strike formations with terrific mobility became the bedrock of fighting concepts in India’s Western theatre. Many actually believed that such bold plans would succeed and they conducted exercises and rehearsals culminating in Operations such as Operation BRASSTACKS and Operation PARAKRAM.

Deducing that a mobile and fluid battlefield would emerge with mechanised and armoured forces covering great distances, concepts for airborne firepower to support these forces emerged in the form of the AH. Regrettably, the concept is intrinsically flawed and the question arises whether it will fructify in India.

Without bias and rancour, one can deduce the true utility of Attack Helicopters in India – these expensive flying machines have limited value and poor effectiveness and acquisition of the AH may be a seriously flawed concept.

Where Has the Attack Helicopter Been Decisive?

The appropriate answer would be – no where. AHs in support of huge mechanised attacking or defending armies have never been tested against any enemy. Exercises in Europe with Red & Blue forces could not give a correct picture of how the helicopters would perform. What attrition would they suffer? How would the mechanised formations changing directions, out-maneuvering each other keep their helicopters with them? How will the ground forces, who need to be within about 500 metres to recognise enemy tanks, identify own AHs from those of the enemy?

More pertinently, how will the AH pilots differentiate friend from foe? What happens with sudden reversals and retreats to re-group for counter-offensive? What is the impact on own forces when own AHs are destroyed among maneuvering tanks and infantry combat vehicles? The infamous fog of war becomes foggier with helicopters raising dust and howling jet engines. None of this can be ignored and wished away.

The Middle East and Afghanistan

This is where Americans and Soviets utilised their AHs – with no advantage, and that too, against a poorly endowed enemy with weak doctrine and training. Our adversary on the other hand, is well trained and has soldiers who have been known to fight courageously. With the latest technology at their command, American AHs caused many Blue-on-Blue engagements during both the First and Second Gulf Wars, but with negligible destruction of enemy forces.

The Israelis found nothing great about AHs during the Lebanese and Gaza skirmishes. Even today Israelis use only fixed-wing aircraft, not AHs inside Gaza and Lebanon.

Soviet AHs lost heavily in Afghanistan. There are true stories of Afghans knocking out AHs using wire-guided anti-tank missiles. Recall the American helicopter destroyed in Mogadishu with humiliation to aircrew. Can we ignore the fact that over 5,000 helicopters lost in Vietnam and against what type of weapons and enemy? That is how vulnerable an AH is. It is a slow moving target and extremely easy to destroy during hover. And the greatest aerodynamic capability of the helicopter is hovering, a critical disadvantage in close-quarter battles. And does the Army want such a weapon? Even the IAF needs to rethink on AHs and their utility to support forces on the ground.

Can we ignore the fact that over 5,000 helicopters lost in Vietnam, and against what type of weapons and enemy?

The Mountains of India: In Ladakh and Arunachal

It is in the mountains that the AH will face its severest test and will, in all probability, fail. This is well known and has been evaluated often to squeeze some positive outcome but to no avail. Readers will be amazed to know that the first proposal for AH was for the defence of Bhutan. Observe the latest imbroglio about changing the QRs for VVIP helicopters with altitude being the defining factor.

The extremely inhospitable terrain with its lengthy border in the mountains precludes the use of AH or any other helicopters in the offensive role. Suffice it to say, AHs are bound to be under-utilised in the mountains, and since India has thousands of miles of mountainous borders to defend, the AH with the Army or the IAF is a zero force multiplier. Regrettably, there are many who refuse to accept this truth and insist that the AH is the panacea for some of the ills plaguing airborne warfare.

The Army’s insistence to acquire AHs is based on the most specious indefensible reasoning. The IAF advises against their acquisition and indeed, even placing them, if acquired, under the Army. The bureaucrats in the MoD, the Ministry of Finance and the Ministry of Defence Production smirk at this rivalry that ultimately leads to inordinate delay in the procurement of weapons. Desperately required routine acquisitions get sidelined and finally, when hostilities break out, the Chief is left with little choice but to declare, “…We will fight with whatever we have.” 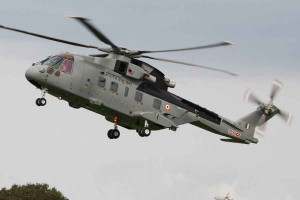 Is this a display of jointmanship? Or is it plain cussedness and attendant degradation of India’s military acumen and strength, with our adversaries laughing at our discomfort and dissipated fighting capability? Do the proponents demanding AHs weigh these deleterious implications on morale? Frontline fighting formations are aware of this injudicious infighting.

The Heights of the Himalayas

All aero-engines degrade in power output with increasing altitude and therefore, the thrust of turbojet engines decays at just 10,000 feet, the colour of the pilot’s uniform cannot recompense. At 17,000 feet, the thrust falls even further. At 20,000 feet, the height at which attack helicopters are expected to fly, there is less than 50 per cent oxygen to generate thrust. This is the inviolable verity of physics and has nothing to do with Sena Bhavan versus Vayu Sena Bhavan. Both Army and IAF pilots know this fact. Helicopter pilots operating in Siachen, Arunachal, Ladakh and Uttarakhand have experienced this phenomenon and know the perils of limited thrust. Many fatal accidents are attributed to pilots who have ignored this aeronautical truth. Since no AH can perform at peak levels in the mountains where the Army most needs them, why acquire them at all? There must be a reason that is non-military; or is it plain ego?

Since India has thousands of miles of mountainous borders to defend, the AH with the Army or the IAF  is a zero force multiplier…

Advocating that the Army must have its own Aviation arm, many Army strategists have castigated the IAF for being cussed and obdurate about AHs for the Army. The IAF’s obstinacy may well have prevented ‘wasteful expenditure’ for a weapon that has little use anywhere in India. For the sake of hypothesis, let us imagine what the AHs would have done during the recent face-off with the Chinese. Fly around as a show of force? If that is all that is to be done, why buy AHs? Fly around in Mi-17s. Beyond doubt, we have established that AHs will be under-utilised, ineffective and become the proverbial ‘white elephant’ for the Services in the mountains.

It is true that in the Golan Heights and the Gaza strip, the Israeli Air Force deploys AHs that work in conjunction with UAVs and attack specific targets such as vehicles, buildings and hide-outs. Within Israel, there is no remaining opposition to the helicopters to fire their lethal missiles with precision guidance. It is pertinent that Israel does not use its AHs in close support of armoured formations for sweeping across the Negev, assaulting Golan, razing Gaza or entering Lebanon. The Israelis know it would be futile, waste of resources and attract heavy attrition to small arms. What about Indian AHs in Punjab and Rajasthan?

Into the Killing Grounds?

Why then, does the Indian Army want to procure the Attack Helicopter in support of our armoured and mechanised formations? The AH will have to move with tanks/APCs, manoeuver in the tactical battle area; it will fly low and slow in restricted visibility where the enemy cannot be easily discerned and extensive small arms, to which it is extremely vulnerable, will be directed against the helicopter.

No other Army on Earth adopts this doctrine and philosophy in actual practice. It has failed in Iraq, not once but twice. Helicopter casualties in Vietnam were horrendous as was Soviet helicopter attrition in Afghanistan.

The plains of Punjab and the deserts of Rajasthan will become the killing grounds for India’s AHs which will be floating around within small geographical boundaries under direct command of the Division or Corps Commanders. Being under command they have to remain within the Division or Corps battle zone but that will defeat the inherent flexibility and purpose of airborne weapon platforms. Is that not reason enough to avoid procuring them?

15 thoughts on “Attack Helicopters: Should India Have Them?”